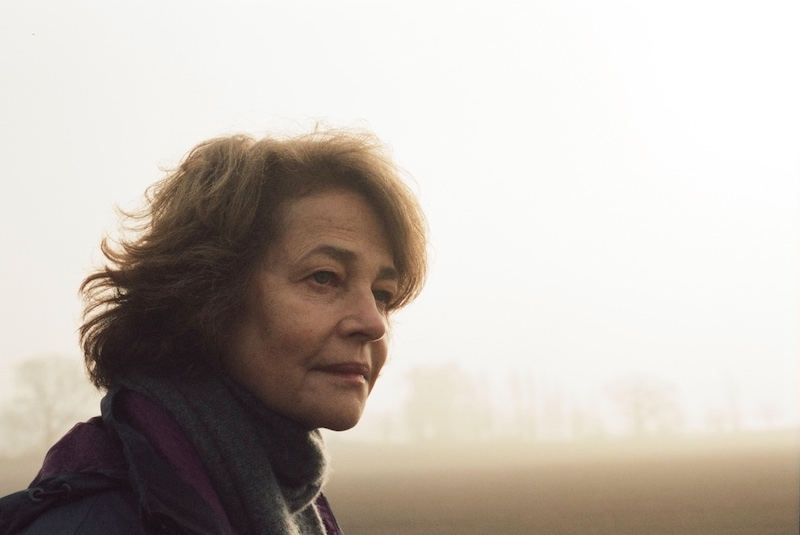 What appealed about the short story and how did you go about the process of adapting it?

There was something heart-breaking to me about the story of a relationship faltering at its final hurdle. It was as if this reminder of the past, this preserved body in the ice, had been waiting for its moment to throw everything into chaos, into a very quiet internal chaos. Through the cracks in the earth come all of those doubts and fears, all of those things unsaid over the years, emotions repressed and kept hidden. It’s as if Kate and Geoff’s whole relationship, from the foundation up, is suddenly called into question by a woman who no longer exists.

The original short story was beautifully clear and concise but for the adaptation it needed some expansion. Apart from adding the anniversary party, the biggest change was to lower characters’ ages from mid-80s to late 60/early 70s. The original time frame meant the story was set in the 1990s and the back story was during the Second World War. I wanted the story of Kate and Geoff to feel very present-tense. I didn’t want it to be about the choices of an older generation now gone, but a story about the choices we all have to make. I also decided to tell the story solely from Kate’s perspective, which was different from the original story. There are many films and works of fiction that deal with the male existential crisis and I wanted to take a different perspective on the story. Can you say something about the relationship between this film and WEEKEND?

There is certainly a correlation between the two.Both films are interested in the complexities of intimacy between two people; the risks involved in exposing yourself emotionally to someone else; the difficulty of being truly honest about your fears. I am very interested in how our romantic relationships speak a bigger truth about who we are and how we want the world to see us.

The inability to communicate emotionally sensitive things is often regarded as particularly British – do you think there’s anything in that, especially since you’ve been working in the States?

I do think there is something culturally and politically conservative about the British which encourages many to bury their feelings for the sake of keeping the status quo. This is certainly the case with the English middle classes. Saying that, I think it’s very hard for anyone to be truly open about their feelings because for most of the time they make no sense to us. We can experience them but it is hard for us to articulate what they are. It is also a risk -sharing you inner most feelings is always going to feel like a risk.

What did Charlotte bring to the role, and what is special to you about her as an actress?

Charlotte is a fiercely intelligent actress. She knows what feels truthful and what does not. When I watch her on screen I see a hurricane of emotion under the surface, behind those eyes. You are invited to observe but also warned to keep your distance. That feels incredibly true to me. They are things all of us should keep to ourselves. There is vulnerability to Tom and to his performance. The last thing I wanted for this film was an angry man raging at the world; I’ve seen that on screen too many times before. I wanted something more complex, something more sensitive. Here is a character struggling with his own sense of self, not the villain of the piece.Hopefully in45 Years there are no villains, just people trying to figure things out.

Their histories as 60s icons haunted their performances, with the snatches of 60s pop music serving as little reminders. Was that something you wanted the audience to pickup on?

I always hoped that their histories would be felt in small, subtle ways. The film is partly about the hopefulness of the past, the potential of our younger selves and knowing these actors as younger people helped enormously. There is a certain melancholy to that and I’m very interested in that as a feeling. I often think that the melancholy we feel about the past is more about the failures and disappointments of the present than the past itself. There is something about their on screen relationship that feels very real but at the same time quite unconventional for a portrayal of older people. They seem to be still in the midst of developing as people. Do you have a sense of how much of that was in the script, how much came through as you filmed and how much was from the performances?

This was certainly an intention. I don’t believe people stop looking for the answers simply because they get older. There is this belief that by the time we get to our 30s we should have figured everything out, worked out who we are. I’m pretty sure for most of us life does not work like that.We are constantly changing, our identities always evolving and so always asking questions. If we are not, then we should be.

What is your perspective on the rationality or otherwise of Kate’s feelings of jealousy and rejection?

I feel great sympathy for Kate. There is certainly an irrational nature to her feelings, which I think she is aware of, but at the same time they speak to something deeper and more disconcerting.It’s as if focusing on their relationship has forced a nausea that Kate cannot overcome. It is about feeling rejected and jealous but it’s also about the very meaning of her life. It is as if under the weight of inspection all that she has built over the years has started to lose its meaning. It has fallen apart and she is not sure that she knows how to piece back together again.

The references to nature add a really poetic layer – the earth concealing secrets, things that have become invisible but not gone away… is there anything you want to add about that?

It seems pretty clear to me that what happens in our past, what becomes buried under the surface always remains. And I don’t mean just the big things, the dramatic events of our lives, I mean all the small mundane details that make up our existence. And we often ignore this, we try to live in the present but it’s not easy; the attic gets fuller and fuller and if we’re not careful the rafters can break and leave a very big mess all over the bedroom floor. The presentation of the film is very peaceful and quiet, despite the intensity of the feelings. Can you talk about some of those aesthetic decisions?

It was very important to me that the film started quiet and remained that way. This is not about trauma rearing its head, it’s about smaller things;choices and decisions, locked-away feelings and emotions, the things we cannot articulate. All of those fears and doubts that live in those tiny fissures and cracks. Sometimes I think our lives become about not trying to put too much pressure on those fault-lines, hoping the ground doesn’t open up and swallow us whole.