The Four Fridas at the Royal Artillery Barracks 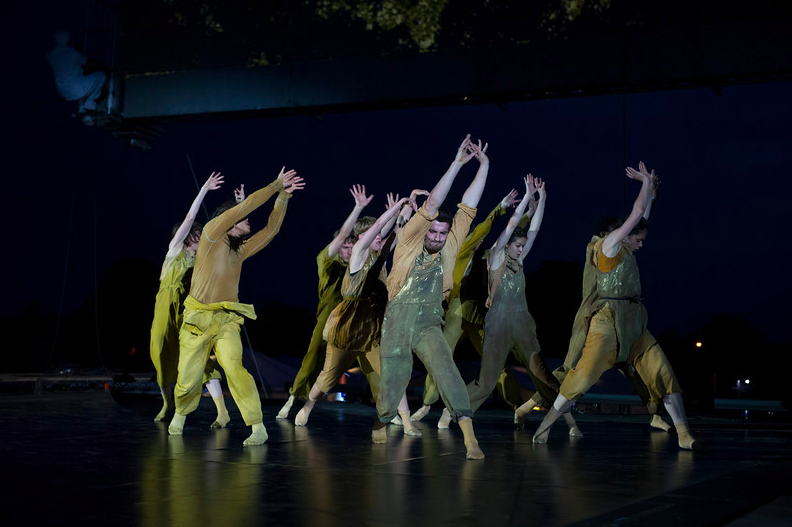 The Four Fridas at the Royal Artillery Barracks | Theatre review

Frida Kahlo’s flamboyant style is so perfectly suited for a large-scale theatre production that it makes one wonder why such a project was not conceived earlier. Part of the Greenwich+Docklands International Festival, The Four Fridas brings to life the Mexican artist’s magical realism in an explosion of colours, movement and visually striking installations. The piece was created by artistic director Bradley Hemmings, known for co-directing the opening ceremony of the London 2012 Paralympic Games. As it takes place outdoors, there is no limit to the grandiosity permitted – a luxury that is fully taken advantage of. Like Kahlo’s paintings, the show is centred on symbolism and allegories. The spoken word adds a touch of poetry and acts as a thread that guides the spectators through the different stages of Kahlo’s life story, but the dominating feature is the representation of the surreal images conjured by her wild, creative powers.

Each part of the show is loosely linked to one of the four elements. Air is represented by Kahlo’s desire to fly, and is then given full expression by the Voladoras. These are the “flying women”, hanging by ropes on a rotating pole that makes them soar into the air to the sound of a flute and a drum, honouring an ancient indigenous tradition. The connection with the Earth element is made through the narration of the tram accident that left Kahlo disabled and stuck in a hospital bed for long periods of time. Water is explored for its mirroring quality and the numerous portrayals of duality in the artist’s work, most famously in her masterpiece, The Two Fridas. A spectacular display of fireworks symbolises the element of Fire, which is also used figuratively as Kahlo’s anxieties culminate and burn out, leaving room for an acceptance of life and death.

Only a grand-scale show of this kind can hope to match Kahlo’s boundless, larger-than-life imagination. Notwithstanding its brevity, the production manages to offer a truly magical experience within the space of a mere 45 minutes, providing a glimpse into the painful reality and exotic fantasies that characterised her life, and are so beautifully woven into her work. The fusion of aerial choreography, eye-catching costumes, contemporary dance and large effigies creates a dream-like atmosphere reminiscent of religious processions and carnival parades all at once. Overall, it is a wonderfully magnetic spectacle that leaves the audience in no doubt as to why Kahlo reached and maintained her status as an indisputable icon throughout the years.

The Four Fridas is on at the Royal Artillery Barracks from 1st July until 4th July 2015, for further information or to book visit here.