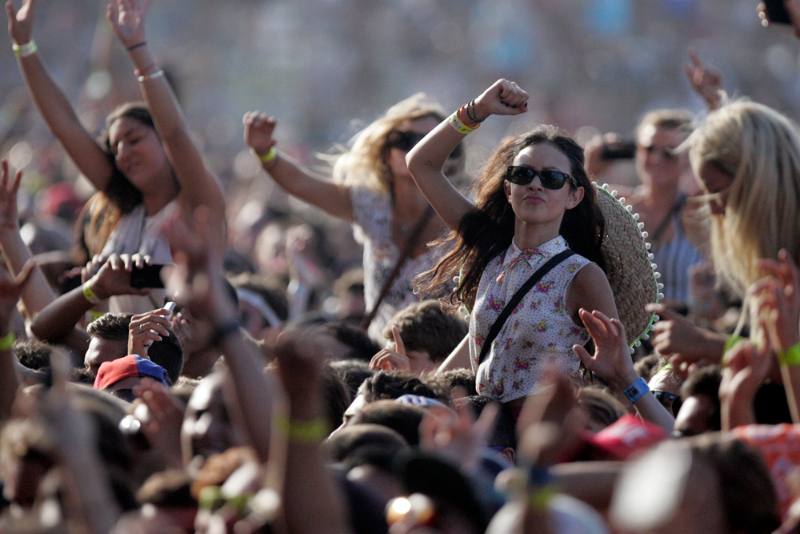 With the increasing popularity of festivals becoming more and more apparent, it seems that every man, woman, child and dog are heading to a farm in the middle of nowhere to drink overpriced cider and cake themselves in mud. But if huge crowds and extortionate ticket prices are not for you, then hopefully our selection of the best “Alternative” festivals will have you dusting off those wellies and reaching for the neon face-paint.

2000trees is an independent festival held at Upcote Farm in Worthington, focusing on the Alternative Rock scene, but with a healthy smattering of eclectic pop acts. Started in 2007 by six friends who were frustrated at the rapidly increasing prices of other festivals, 2000trees has an emphasis on value for money – keeping their ticket prices low with a mix of established and emerging artists, and using profits to raise awareness of environmental concerns.

Look out for: The Skints, Deaf Havana, The Subways, Deafeater, Hacktivist. For further information visit here.

The inspiration for the five-day music and arts extravaganza that is Larmer Tree Festival came from the eponymous Victorian Pleasure Garden, in which it is held, found on the border between Wiltshire and Dorset. The mix of stunning location, family-friendly atmosphere, community spirit and a rejection of all major sponsors has proved popular with festival-goers, so if you want a ticket you had better be quick, because – partly due to the cap of 5000 attendees implemented to protect the “intimate” feel of the event – tickets have sold out every year since 1995.

Nozstock takes place in Rowden Paddocks Farm, in Herefordshire, every July. The festival has a diverse approach to its musical line-up, showcasing the best in hip-hop, psytrance, electro-swing and reggae, as well as an enviable comedy line-up (headed this year by Seann Walsh) and a plethora of spoken word, circus, fire and performance walkabout acts. Initially a family barbecue that got out of hand, Nozstock is now one of the fastest rising events on the festival circuit – so get in now whilst you still can.

Taking place over the same weekend as Nozstock, but at the opposite end of the UK, Wickerman is often dubbed Scotland’s Alternative Music Festival. Taking place in Dundrennan, near Carlisle, the idea for the festival initially sprung from the use of many local locations having been featured in the classic British horror film The Wicker Man. In keeping with the theme, each year’s festival ends with the ritual burning of a 30ft wicker man, built by local craftsmen. In terms of line-up, Wickerman is often compared to a smaller Glastonbury, with the same variation and dedication to quality that made Worthy Farm world famous.

Look out for: Squeeze, John Cooper Clarke, This Is The Kit, Sugar Hill Gang, The Waterboys. For further information visit here.

Boomtown Fair might be the least obscure festival on this list, but it is by far the most immersive. Every year, an entire town is built in a secret location, complete with shops, bars and hairdressers – many of which provide actual services before transforming into hidden venues as the evening approaches night. As well as this, the town comes with its own inhabitants –  a carnival of bizarre beings who stay in character throughout the entire weekend. Despite the attention to visual detail, and the storyline that follows the festival throughout it’s various incarnations, the real focus is on the music, filling the custom-built city with everything from ska-punk to gypsy techno, via funk, dubstep, hip-hop and pretty much every other genre that exists – including some that don’t.

Together the People, or TTP, is a brand new festival taking place in a host of venues across Brighton. Little has been revealed of the line-up yet, but judging from the acts that have been announced and the organisers’ ethos (to give local musicians, artists and creatives a national platform alongside established acts), this plucky newcomer looks like it will soon be a formidable rival to Brighton’s other inner-city festival, The Great Escape. When there are more eyes on Together The People than the Pyramid stage, just remember one thing – you heard it here first

Look out for: Dizraeli and the Small Gods, Lucy Rose, Public Service Broadcasting, The Levellers. For further information visit here.