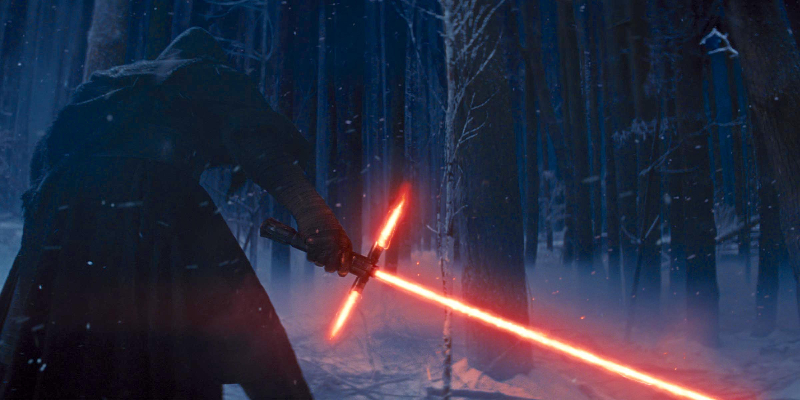 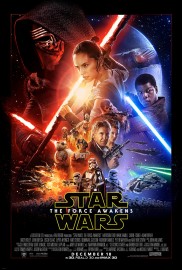 Without any doubt the most anticipated movie of our decade, The Force Awakens feels, looks and rocks like real Star Wars.

JJ Abrams’ path to the Force is interesting: after becoming famous for TV shows Alias and Lost, he tried to imitate Spielberg in Super 8 (his version of ET) then he sharpened his teeth with Star Trek, and eventually he became ready for the big leap. Conceptually, it’s a mistake, and a confusing one: it’s as if the Beatles and the Stones shared the same songwriter, or Tom Cruise starred as the new James Bond.

Massive wide shots and breathtaking aerial sequences introduce the new trilogy, and every image emanates that unique Star Wars touch and quality. Visually, such a colossal production unsurprisingly meets expectations but is the story worthy of the prequels?

Finn (John Boyega) is a stormtrooper who has a change of heart and liberates the Rebellion’s top pilot Poe Dameron (Oscar Isaac) who has been captured by masked villain Kylo Ren (Adam Driver) of the First Order. As they escape, their spaceship crashes on a planet where they meet Rey (Daisy Ridley), a scavenger who joins them on their mission to deliver to the resistance a secret map to Luke Skywalker’s secret hermitage.

History is repeating itself. Again there’s a droid carrying vital info, again there’s a desert planet and again there’s a gigantic weapon capable of destroying entire celestial bodies that the rebels need to stop; there are spectacular chases in space and on the sand, light-saber fights and there’s the return of legendary characters: everything every Star Wars fan was waiting for.

Even though the lack of experience of Boyega makes Finn’s character flat, especially in the first part where his emotions are conveyed with no depth or sense of empathy, Ridley is simply perfect as Rey; she’s even more adorable than Carrie Fisher’s Leia and the credibility of the transition from naïve girl to rebel fighter is impressive. The evil side of the cast is just as good: Driver impersonates perfectly the new Darth Vader, and who could have been better than Andy Serkis to portray all-CGI Supreme Leader Snoke?

There are moments when audiences will inevitable clap: when John Williams’ iconic theme begins as the Star Wars logo appears on the silver screen, when Han Solo (Harrison Ford) enters the scene holding a gun with Chewbacca and when…that can’t be said.

Damn it, this is Star Wars for real.

Watch the trailer for Star Wars: The Force Awakens here:

New Model Army at The Forum | Live review
Paul Cadden: Solo Show at Plus One Gallery