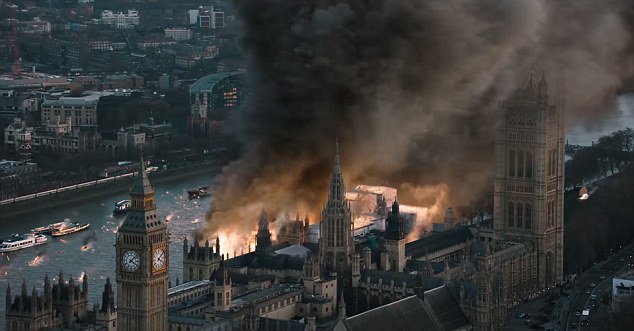 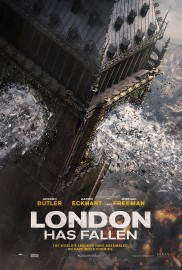 Olympus Has Fallen, the exciting first instalment of the Has Fallen franchise, has been something of a Netflix stalwart for years now. It’s an enjoyable action movie that doesn’t require an enormous amount of logic or thought to follow, yet provides apt entertainment for a couple of hours: a hungover Sunday classic. It has some memorable action sequences, most notably a C-130 gunship raining lead over the front lawn of the White House. So what to make of its successor, London Has Fallen?

Not much, sadly. The story follows a similar pattern to its predecessor, with the President of the USA (Aaron Eckhart) managing to antagonise yet another powerful terrorist into making an attempt on his life, but this time the action is set in London. What the terrorists forget to plan for is the one-man army in the form of Mike Banning (Gerard Butler) coming to rescue him. Cue wanton destruction and countless deaths for the next hour or so.

There’s nothing wrong with keeping a storyline similar to a prequel, however there’s almost no attempt at original thought in the making of this film. London Has Fallen is absolutely full of clichés. Its plot twists are easier to predict than a sunrise and it has all the classics thrown in, including rousing speeches about freedom, drawn-out deaths and the Metropolitan police crashing into every stationary object in north London.

Yet in a way that’s fine, because London Has Fallen isn’t aiming for the Academy Award for Best Picture. It sets out to provide the audience with an action-packed hour and 40 minutes of car chases and gun play. Although the sequences don’t quite stand up to the film’s predecessor, they are nonetheless entertaining and accompanied by moments of genuine comedy. There’s an impression that this film doesn’t take itself too seriously and that’s a good thing. It allows you to enjoy the movie for the classic shoot ‘em up that it really is, and a fun one at that.

London Has Fallen is released nationwide on 3rd March 2016.

Watch the trailer here for London Has Fallen: