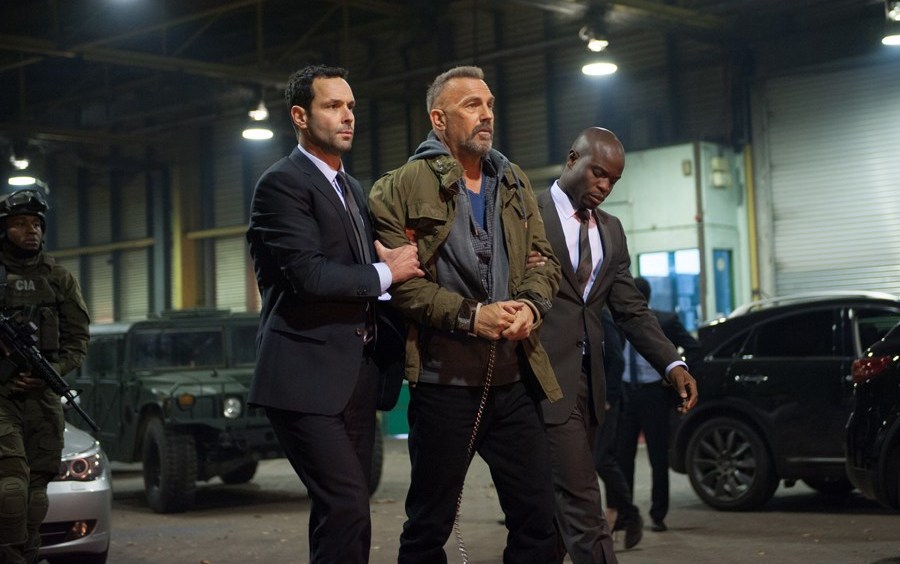 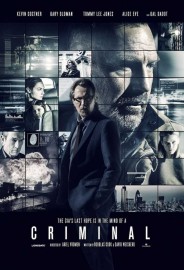 Just when the CIA is about to close a deal with hacker “The Dutchman”, who has control over the whole American weapon arsenal via his software creation, Wormhole, agent Bill Pope (Ryan Reynolds) is murdered. Unfortunately Pope is the only one who knew the hacker’s whereabouts, so the CIA fails to gain possession of the software, and the whole of America – and potentially the world – is in danger. In order to find The Dutchman, the CIA hire a doctor specialising in memory transference who will revive Pope’s memories in the body of convicted murderer Jericho Stewart (Kevin Costner). The operation is successful and thus the hunt for the Dutchman begins. But the CIA are not the only ones who will do everything it takes to get their hands on Wormhole.

While Criminal’s general story idea is definitely captivating and intriguing, its realisation is rather disappointing. The result is a high-testosterone action film set in an Americanised version of modern London, which is unfortunately exclusively driven by a thoroughly predictable plot, in which events and storyline are often replaced with explosions or scenes of sheer violence.

The actor’s performances are equally underwhelming: Kevin Costner’s realisation of Jericho is mediocre at best, while Gary Oldman is irritatingly overzealous in his role as a CIA agent, jeopardising the credibility of the film’s story. The dialogue between character is tedious and brings nothing fresh; the only humour created during the film stems from American misunderstandings of British culture and moments of pointless violence.

The scenic views of London are extremely well captured and on the whole the cinematography is excellent, the explosions as well as special and sound effects are truly remarkable, but sadly this cannot make up for the flatness of characters and lack of excitement in the rest of the film. And so Criminal joins the canon of movies that depict America as the centre of the world and replace necessary plot with unnecessary violence.

Watch the trailer for Criminal here: