Jack McNamara: An interview with the director of PlacePrints 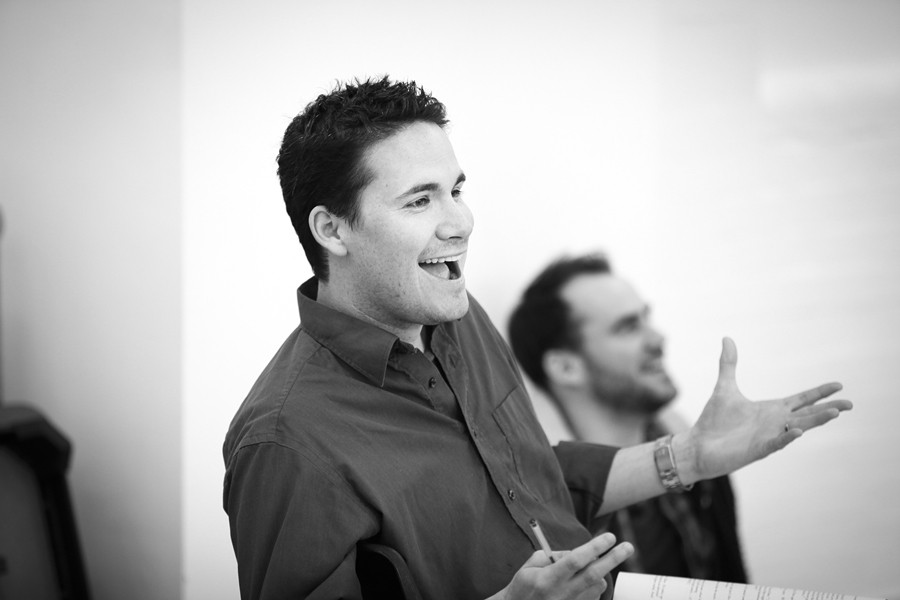 Jack McNamara: An interview with the director of PlacePrints

Jack McNamara is artistic director of theatre company New Perspectives, whose productions have included The Boss of It All (Lars von Trier), Him With His Foot in His Mouth (Saul Bellow), Watching the Living (Jane Upton, adapted from two Daphne du Maurier short stories) and most recently The Tiger’s Bones (Ted Hughes). Jack also creates experimental theatre through his company Future Ruins.

We had the opportunity to ask a few questions about his work, beginning with current production PlacePrints by David Rudkin, which opens on 20th  April at the Print Room at the Coronet in Notting Hill.

What message would you hope PlacePrints conveys to the audience?

The intention with the PlacePrints, as with pretty much all of David Rudkin’s work, is to see deeper things in the landscape around us. David is very much in tune with the voices that haunt specific places, and has dug them up for us here in very surprising ways. His writing works directly with the listener’s imagination, activating what he calls the “theatre within”. I am keen that these pieces add to David’s profile as one of Britain’s major visionary writers of the last half century.

I am also interested in readings as a form. Often rehearsed readings are intended as an early step towards a larger production, or a pitch, but these works are in their final form.  We are treating it almost as a recital.

You also directed Rudkin’s The Lovesong of Alfred J Hitchcock. Has his work influenced your creative style?

David has a very strong and quite austere sense of theatre. He goes very deep and doesn’t respond well to anything decorative or tricksy. So if I have a staging idea to put to him, it has to be rigorously thought through and prove itself to be essential. The great German director Michael Thalheimer once said asking “ what’s better than an empty stage?” informs all of his design choices, and I think that’s a good reflection of David’s aesthetic. But David never says “stage”, which he finds a creaky and elevated image, but instead says “space”, which is more open and somehow psychological.

With The Lovesong of Alfred J Hitchcock, the script didn’t offer an environment for the play to take place. I believe initially David favoured a bare stage with a single chair, but I had a nagging feeling that we needed something larger that opened it up. Eventually I settled on a large white screen that would frame the action, that could move around the space. It would never be projected onto but would instead work with shadow, movement and light – the essentials of cinema before images are formed.  While David had initially imagined Hitchcock imprisoned in his chair, the production opened it up and imprisoned him in the white rectangle he devoted his life to.

With regard to your stage adaptation of The Boss of It All, what do you find inspirational about this process?

Adaptations are great fun because you have the thrill of new writing along with the more solid idea structure of a classic. I would never adapt something in the hope of recreating a film or book onstage. There is great creative challenge in trying to find a new home for it and make it completely belong to its new form. It’s almost impossible to do if you stay too bound to the original, so you have to use it as a springboard to make a whole new thing. I think a real test of an adaptation is that by making something completely new you somehow communicate the heart of the original.

The Boss of it All was just great material to work from, it was almost irrelevant that it was by Lars Von Trier. It felt like it wanted it be a play, so the transition process was relatively straightforward. But Von Trier’s world is distinct and subversive and so rather than mimic that I had to find ways of expressing that in a new form. One of those ways was a persistent voiceover that would come in and comment on the action and snidely talk the audience through scene changes – something that wasn’t in the film in the same way but captured the irreverence of the film.

In your experience, how does adapting a film to stage differ from adapting prose to stage? How is your approach different? Do you have a preference?

I suppose the main thing is that when adapting film you are competing with existing images. So unless what the filmmaker has made is wholly theatrical I would be inclined to forget the entire visual language of the film and reimagine it in its new form. I mainly work with the ideas and situations of the original than the imagery.

With prose, the battle is against an existing language system. A play needs to find its own spoken language and again I feel that what reads beautifully on the page doesn’t necessarily exist well on-stage. I don’t want an audience thinking “what beautiful writing” when a play is in front of them, whereas on paper it all begins and ends with the word.

What kind of project do you most enjoy doing?

Anything that’s full of possibilities and pitfalls, which is everything!

You have stated that some films should never be adapted for the stage, such as classics like Psycho or any Quentin Tarantino. What do you feel translates well to the stage and why?

I really dislike it when people adapt something to cash in on a film’s past success. I hope all those projects fail, because they’re not coming from a pure place.

I think to be audacious enough to adapt something from one medium to another you have to see something in the original that is almost asking to be explored and expanded. The work has to invite you in, in a way, and I think that comes from the ability of the central idea to transcend one specific art form.

Is there one film you would particularly love to adapt for the stage, or a film-to-stage adaptation you would like to work with?

I’ve got a couple in my pipe at the moment. I am working on a version of The Man Without a Past by Aki Kaursimaki, which will open next year. It’s a great story about a man who, after a head injury, forgets who he is and starts a brand-new life in an eccentric community. It’s a powerful central idea with a lot of possibility.

I would like to adapt something huge and impossible. William Burroughs at his most difficult for instance or a massive family saga with no doubling!

What are the primary influences in your choice of material? What draws you to a work?

Your experimental theatre at Future Ruins seems to pose questions about philosophy and culture. Are these personal questions for you?

I made a show Exterminating Angel for a few years under Future Ruins that used regular everyday speech, improvised afresh each night. The idea was to try and explore how people talk in social situations and how chatter can conceal and distract from forces that are much darker. The play became about the basic selfishness of being a 21st century citizen and the evasiveness we live in.

Your Future Ruins improvisational plays contain fascinating concepts, taking theatre to a new level with their unscripted performances. Is there an essential message you aim to convey in using improvisation?

I was inspired by musical composers, like Earle Brown and John Zorn, who use open systems to provoke indeterminate work from players. I was frustrated that improv in theatre was so often connected to comedy, whereas in music it really pushes players to new heights. So Exterminating Angel and Malaise Trio were structured situations where the performers were following a route but had to improvise their way there. With Malaise Trio I used live television so that the actors had to incorporate what they saw into the narrative, but not in a way that was comically random but felt truthful and expansive. Earle Brown once spoke of the wind being the ideal conductor for an orchestra, and I am interested in that idea: that natural forces are deeper and stranger than anything we can dream up.

Read our review of PlacePrints here.