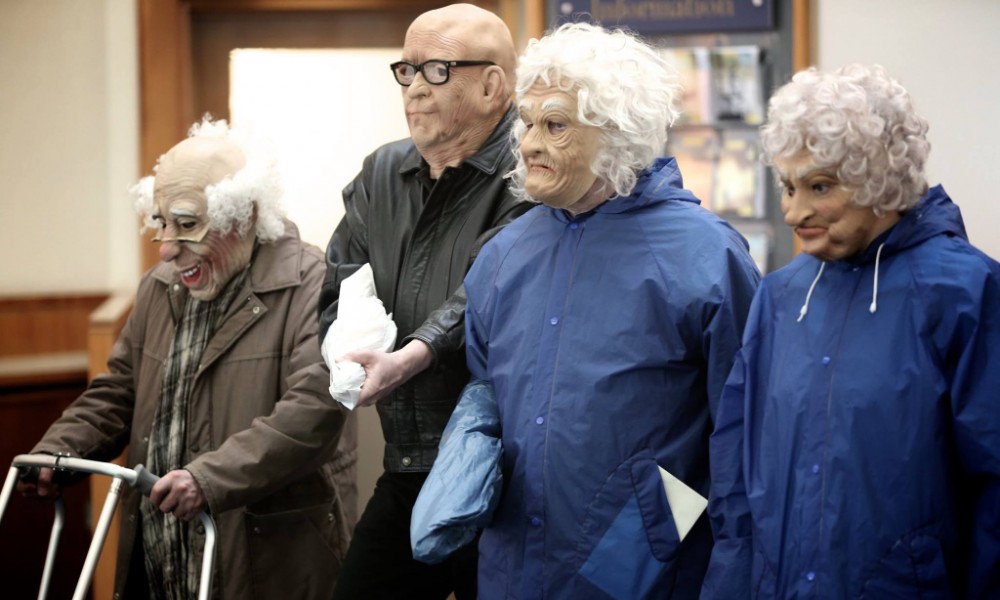 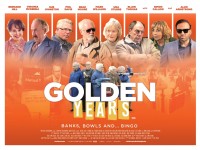 Not a disaster by its own cheap and cheerful standards, Golden Years, partly penned by omnipresent daytime DIY SOS frontman Nick Knowles (also an executive producer), is a nonetheless clichéd, cynically targeted and ultimately pointless little film. John Miller directs a game and talented cast of well-known British actors, but the movie flags majorly in the middle act and, given the desire to celebrate vitality in later life, barely musters the energy for its confused denouement.

As a diluted ode to the heyday of Ealing comedies, the plot follows the traditional structure of a comical, old-fashioned crime caper. Bitten hard by the fallout from the recent financial crisis, Arthur (Bernard Hill) finds that his modest pension pot has been rendered worthless. His wife, Martha (Virginia McKenna, hauled out of retirement herself), suffers from Crohn’s disease, which requires expensive treatment, and their local social club is under the threat of being sold off. According to Arthur, the only logical solution is to rob high street banks, in a Robin Hood-style attempt at wealth redistribution, but the film does not concern itself too much with refining or developing the idea. (The Golden Years fund of the title is an outrageously half-baked allusion to bankers’ bonuses.) He gets lucky initially (the convoluted arrangement will make you spit) and, after keeping his exploits hidden from Martha, eventually enlists her help and his friends’ to undertake a final heist. These geriatric pals include reticent welder Brian (Philip Davis) and outlandish dandy Royston (Simon Callow). On their trail throughout is jaded, workhorse policeman Sid (Alun Armstrong) and brash, otiose upstart Detective Stringer (Brad Moore).

The film unashamedly panders to the older demographic, while using some eye-rolling sexual innuendo and euphemism to give the illusion of edginess. The straining British sensibility and generally amateurish approach (the sound mixing is haphazard and some of the wide supporting cast misread their lines completely) lends the result a somewhat endearing charm, but it acutely suffers from a regular mismanagement of tone. Golden Years aims for manic and farcical absurdity, but is hampered by its misjudged lapses into mawkish sentiment and moral hectoring. Rather than induce rage, it whimpers against the dying of the light.

Golden Years is released in selected cinemas on 29th April 2016.