Blue on Blue at the Tristan Bates Theatre 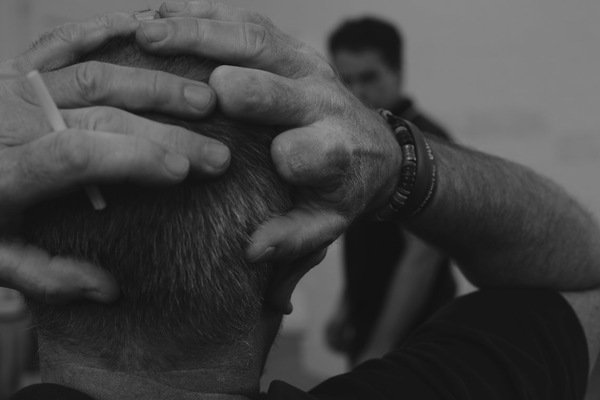 Blue on Blue at the Tristan Bates Theatre | Theatre review 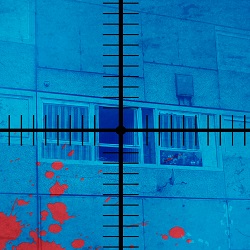 Deftly avoiding what could have been a very predictable narrative, Chips Hardy’s Blue on Blue is a rough-around-the-edges exploration of masculine fragility; however, it never quite settles on a consistent tone.

Opening in a delightfully grubby little flat (an accurate depiction of what a bachelor pad actually looks like – all chocolate wrappers and cigarette-stained walls), the play centres on Moss and Carver: the former a war vet who lost his legs in friendly fire, the latter his neurotic nephew. Into their lives comes Marta, Moss’ carer and a much-needed source of feminine energy.

The  initial scenes aren’t particularly promising; the dialogue between the two protagonists has an off-putting aggressiveness that feels forced, and the introduction of Marta twists the play into an embarrassingly bawdy farce. Yet from this stumble out of the starting-blocks arises something far more interesting. Hardy turns Blue on Blue inwards, away from a broad comedy into an exploration of the coded way a particular type of male expresses concern and affection through the use of expletive-laden language and ostensible contempt. In this regard, there are Pinteresque notes to the piece, reminiscent of Mick and Aston’s relationship in The Caretaker (currently on at the Old Vic).

Of the onstage trio Marta is perhaps the least intriguing, acting more as a catalyst than a character, though Ida Bonnast brings a sweetness and compassion that compensates for the slightly underwritten nature of her role. Better is Daniel Gently’s self-harming Carver; whilst he errs on the side of too big, Gentely gradually grows into the part, bringing a believable vulnerability to the character without sacrificing his wounded pride. The unquestionable star of the evening, however, is Darren Swift as Moss. A former soldier who lost his legs in Northern Ireland turned Olympics-eyeing snowboarder and actor, Swift brings an unpolished charm to the role, both witty and bitter, caring and caustic.

Though Blue on Blue is far from faultless, with the writing too often prioritising a joke over the natural rhythm of the dialogue, it is nevertheless refreshing to see a play approach undoubtedly heavy topics with a bravely dark chuckle.

Blue on Blue is on at the Tristan Bates Theatre from 13th April until 15th June 2016, for further information or to book visit here.