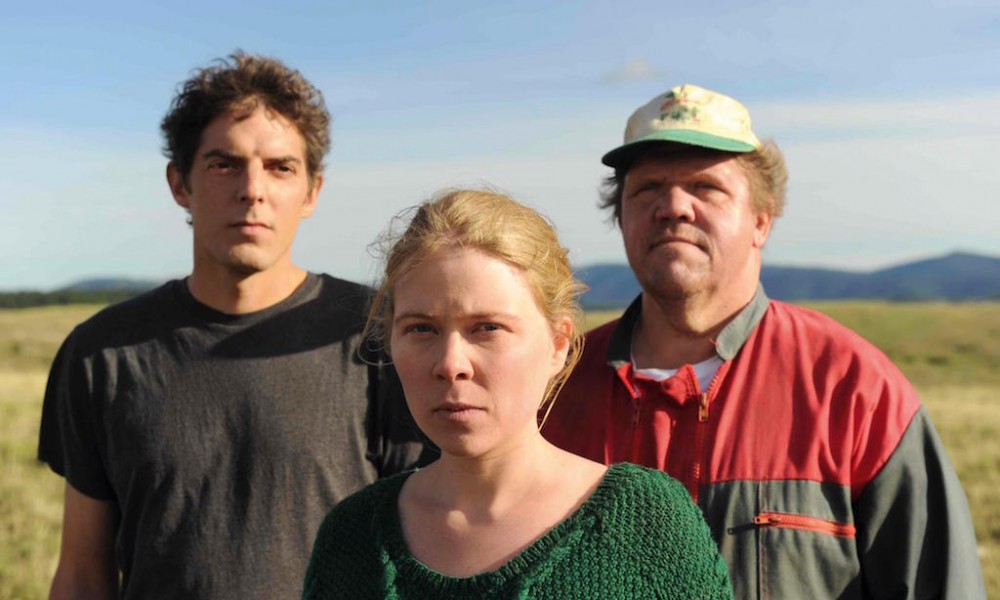 After seeing his Le Roi de l’Evasion (The King of Escape) featured in the 2009 Directors’ Fortnight, and winning the Best Director prize in the 2013 Un Certain Regard section with L’Inconnu du Lac (Stranger by the Lake), French director Alan Guiraudie finally makes it into the official competition this year with the very much awaited Rester Vertical (Staying Vertical), a wild and seducing film about wolves, writers, sex and babies. In his typical beaten countryside setting, the Aveyron-born filmmaker captures vast rural spaces which, as expected, conceal no boring stories.

A scriptwriter obsessed with wolves and stuck in a depressing creative slowdown meets a blonde shepherd girl, and a baby naturally ensues. As the main character nervously zigzags between the city and the countryside in what feels like a scattered road movie, in a fit of baby blue the girl abandons him and their child. Suddenly he is left clinging onto his baby, defending him at all costs just like a mother wolf would with her cubs.

Rester Vertical is a flagrantly and absolutely free picture, that takes pleasure in following unexpected narrative paths and dares fantasise on all human relationships. Yet it stays always solidly down to earth and straightforward, the way only countryside people can be. There is a shocking and overpowering honesty: it’s at all times raw, both emotionally and physically. And, of course, visually.

The natural scenery of French countryside, barren yet beautiful, takes up all the space it needs, smothering the characters in its grandiose hills. The photography is breathtaking, at times even menacing, but lures the viewer into its fields despite the danger of wolves in an almost thriller-like tension.

The equal treatment of men and animals, city and nature, each with its own battle for survival, is taken to explicit lengths with wonderful work on sound: the crying of the baby, which initially torments the aspiring wolf-watcher, is later seamlessly replaced with the bleating of the sheep. In other sequences Pink Floyd hits brilliantly pace plot twists, underlining the contrasts with which the film constantly plays.

In Rester Vertical, everything and everyone is treated according to those harsh animal rules that regulate country life: life is crude, but in its coarseness lies its unpretentious beauty. An habitué of LGBT subjects, Alain Guiraudie brings together natural wilderness and unprocessed sexual impulse with a heartfelt battle for survival.

Rester Vertical (Staying Vertical) does not have a UK release date yet.