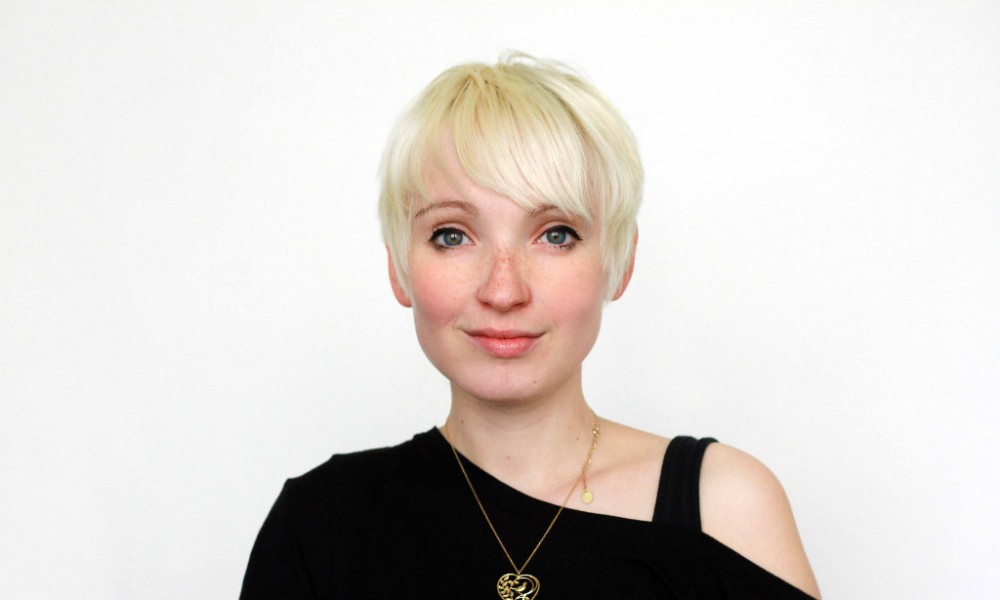 Phoebe Eclair-Powell is a playwright whose works include WINK, the co-written One Under, and short plays Mrs Spine, Coal Eaters, Glass Hands, CARE, Elephant, My Castle and Bangin’ Wolves. WINK at Theatre 503 was very successful, with four Off West End Nominations, and Phoebe was nominated for Most Promising New Playwright. Her latest work, Fury, a finalist for the Verity Bargate Award and winner of the 2015 Soho Young Writers’ Award, is a poignant comic tragedy about the struggles of a single mother in London; Fury opens at the Soho Theatre on 5th July, 2016. Phoebe is the daughter of comedian Jenny Eclair. We caught up with Phoebe to chat about her career and her new play, Fury.

You have stated that your experience with Soho Young Company Writers’ Lab has challenged you to write something “so much bigger and angrier” than before.  Do you feel that Fury accomplishes this goal?

Yes I do, well I hope I have – classic backtrack there… I really wanted to push myself to make sure I was progressing as a writer. I had some really great meetings and feedback after my debut play WINK but something that came up time and time again was to keep building the work – to make something with more voices, and more of an ambitious political stance next time. When I got into the Soho Writer’s Lab I thought that it was my opportunity to work on something big with the lovely Soho education department around me who could help steer that ambition.

How does Fury reflect your personal views and experience?

I suppose a bit of me goes into everything I write, even if I don’t realise it at the time. But in actual fact the character of Sam feels very disconnected to me – perhaps to everyone. I have very mixed emotions about motherhood and I suppose some of that is definitely in there. However, the plight of the single young mum and a nightmare neighbour came from my own experience of living in a flat upstairs from a young single mum in Peckham, and how we seemed to enter into a slight battle of wills over noise. We were three young twenty-somethings being all loud and having a great time and she really punished us for that – however, with hindsight we must have seemed like right brats, so a bit of the story came from my direct experience there.

Also it was living in Peckham that spurred me on to write a bit about London’s changing landscape. I am a born and bred Camberwellian and I have seen it morph and change for better and for worse. I am a young freelancer struggling to live in my beloved South East London and I see a lot of selfishness around me – and in myself – that stems from a sense of having no time, and a fear that I too will fail to attain this “London dream” that is becoming like some sort of warped Instagram advert.

Is there a unifying message in Wink and Fury?

To me they are very different plays, though both play with language (I love being overly wordy – drives actors a bit mad I think). I would say however that people have commented on the lack of physical touch in both, and I think that comes from this sense that we are losing an ability to communicate with one another in real time and with depth. I think that might be the unifying message.

What would you say were your greatest influences in terms of the choices made in writing Fury?

Definitely reading and watching Carrie Cracknell’s Medea, then going back and reading both the classic text and its many incarnations – in fact lots of modern adaptations of Greek plays. I drew on the way people have played with the poetry, the use of chorus and music, which helped me to fit a structure around one woman’s story. The NT have a brilliant online resource of little lectures and presentations on Greek theatre and that kept me going. I was also reading a lot of Kate Tempest’s Hold Your Own at the time, and she always spurs me on to keep using my voice and not shy away from it. I also think music is hugely important to me – I’ll make a YouTube playlist and listen to nothing else but that on repeat – and it’s songs that get me into that character’s head. For Sam it was a lot of Bat for Lashes, which I was very happy with.

What kind of impact on the audience do you hope Fury will have? What do you wish to convey to the viewer?

I really hope it leads to arguments in the bar – I want it to be one of those plays. It treads a lot of very fine lines and everyone in the play is morally dubious. I wanted the chorus to be incredibly active in changing our opinions in a second, making it a constantly on-your-toes experience as to whose truth is the most important, even if it’s not necessarily the most real.

How important is the role of feminism in your life and work?

I have been a feminist since I was a kid; my childminder was a proper 80s feminist, and she taught me pretty much everything at a very young age. As I have grown up and become a very short woman, it remains a badge of who I identify as, but taking that into my work has been a bit of an eye opener. For instance, my first play was about manhood, and had an all-male cast – not exactly feminist on the outside, but it was a study of how these men thought and talked about women in their absence. Since then I have been trying to make sure all my work thinks about the role of the women in it, but I write from a character’s point of view, and they might not always be bastions of feminist thought. And that intrigues me. Also my favourite thing to write about it is the fallibility and twistedness of people messing up, basically, and not living up to what we expect of them. In fact I am making a show called TORCH with Jess Edwards of Flipping the Bird Theatre with Jess Mabel Jones and an all-female creative team, all about modern womanhood, its pressures, ideals and thoughts and feelings towards feminism, and it’s been amazing and really tough. And boy has it been a mind melt!

Fury tackles the issues of gentrification and social injustice in London. Do you see hope for change regarding these issues?

I sadly think it’s only going to get worse! There was a red button event at Soho for Johnny Bevan, and it was about gentrification, and there was this excellent expert there who wrote the first textbook on the topic and everyone was desperate for her to offer some glimmer of hope – sadly she was pretty certain there was none! But I like to believe that us Londoners have a lot of humanity deep down and an ability to say enough is enough when we need to. I just hope this government will listen – not totally convinced it will to be honest…

You have been quoted as saying, “I am such a mini-me of my mother”. Does this apply to your choice of comedy as a medium? Is comedy a tool for social change in your view?

I think I really meant that we look ridiculously similar and we wear the same clothes, but yes we love comedy – though she is the queen of it and I could in no way turn my hand to stand up, like her. But yes, I think comedy is a great tool for getting a message across – it pulls you in and shocks you – what a great and enjoyable slap in the face. However, Fury has such a dark, tragic undercurrent that the comedy in it is far more sparse and heartbreaking than the comedy in Wink, which was more of an enjoyable rollercoaster of a rant.

If you had not been a writer, what career would you have chosen and why?

I have tried quite a few things in my time: I’ve worked in a sweet shop, been a runner for comedy TV shows, a script editor, a duty manager, a box office assistant, a front-of-house usher, a producing assistant, an assistant director, comms assistant and PA… I am a bit obsessed with theatre and telly and so would be beyond happy to work in a venue/production company making stuff happen really. However, being a writer feels like I finally understand where I fit and I wouldn’t want to give it up for the world.

I rather madly said yes to doing three shows in two months, so straight after Fury I have the aforementioned TORCH on at Latitude and Underbelly Edinburgh, and Epic Love and Pop Songs at Pleasance Dome, which is directed by Jamie Jackson who directed WINK. We are hoping to build on the type of theatre we like to make – heartfelt and oddly funny – but this time to a soundtrack of every school disco…

I then have some very lovely commissions coming up, so better find a Withnail and I-type cottage and hide for the rest of the year.

Fury is on at Soho Theatre from 5th until 30th July 2016, for further information or to book visit here.