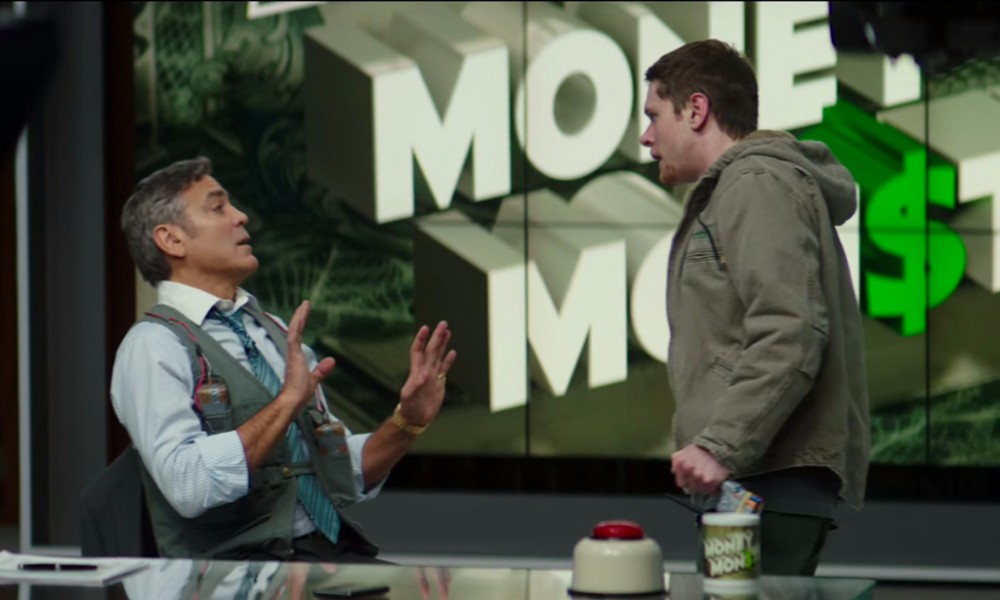 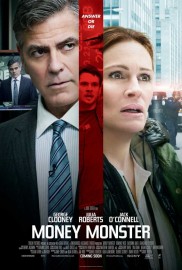 It doesn’t take a genius to decipher the intended message behind Jodie Foster’s Money Monster. The depth of its relationship to finance is laid out in the title: money is monstrous and those people closest to it are the biggest monsters of all.

Opening with a few scenes of Sorkin-esque squabbling between host Lee Gate (George Clooney) and his put-upon director Patty (Julia Roberts), the duo’s finance show is quickly derailed as the disgruntled Kyle (Jack O’Connell) bursts into the studio. Wielding a gun, a bomb vest and an empty bank account all thanks to one bad tip from Clooney’s self-styled Wizard of Wall Street, Kyle takes the host hostage, demanding an answer as to why $800 million were suddenly lost by Gate’s favourite stock IBIS.

George Clooney shines as the hyper-masculine, uber-confident and totally ridiculous Gates, his whole shtick ripped from the very real likes of CNBC’s Jim Cramer. Jack O’Connell, meanwhile, does decent work as justifiably enraged Kyle, even if he is lumbered with a wincingly “working class” accent and the most generic anti-corporate spiel imaginable. Out of the main players Roberts is dealt the duff card, her Patty effectively reduced to a switchboard operator as the film goes on. Beyond the central trio no one fares well, from the bland cop-speak of Giancarlo Esposito’s police captain to the smug CEO villainy of Dominic West’s Walt Camby.

It’s hard to talk about Money Monster without addressing the elephant in the room: The Big Short. Whilst there have been plenty of films about Wall Street, arguably none have captured the sector’s pervasive legal corruption with such verve as Adam McKay’s Oscar-winner. To be fair to Foster, despite their shared thematic DNA, her movie isn’t trying to do the same thing as The Big Short’s flashy exposé. Yet, there are points where Money Monster is crying out for the intelligent direction of someone like McKay, for amongst the genre mess there is a different, more satiric film crying to be let out. Clooney’s buffoonery and Roberts’ manipulation of the ratings-draw-cum-tragedy perfectly capture the callous and cartoonish nature of the 24-hour cable news cycle. However, those moments are glossed over in favour of a familiar and fairly toothless example of the evils of Big Business.

Despite the wishes of its makers, Money Monster is not a nuanced take on the glaring failures and fraudulent nature of Wall Street. It is a merely serviceable thriller that fails to make the most of the interesting ideas it fleetingly touches upon, and muddles the ones it pushes to the forefront.

Money Monster is released nationwide on  27th May 2016.

Read what George Clooney, Jodie Foster, the cast and crew of Money Monster said at the press conference here.