Water on Mars at Assembly Roxy 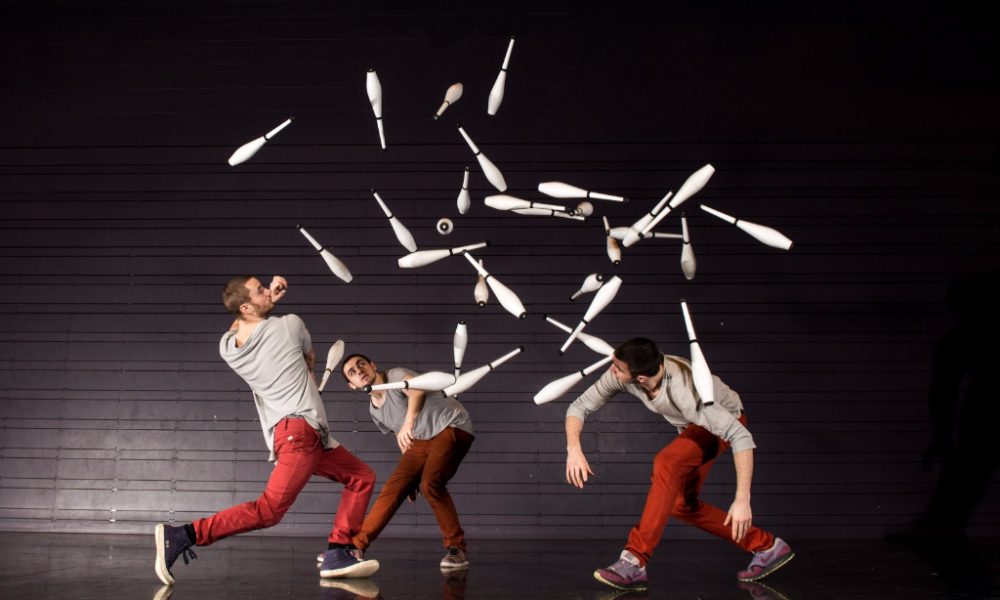 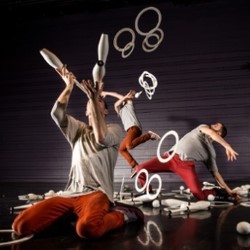 Plastic Boom is a masterful three-man juggling act from Sweden that has been enjoying sell-out shows and standing ovations at Edinburgh Fringe Festival 2016. Water on Mars is one hour of pure spectacle with no filler, presented by Gandini Juggling.

A myriad of props start the show in a ring around the edge of the stage, giving a taste of what’s to come. Our stars launch straight into their first trick, which involves juggling long white skittles while kicking up others from the floor to add to those in the air. This isn’t your average circus act: Plastic Boom show us a meticulously crafted art through innovative and constantly varying choreography. There’s an effortlessness and a gentle humour throughout.

The repertoire includes the three men swapping batons between them in mid-air as all three juggle; climbing on top of one another to create a tower as they toss shiny gold balls; fitting in forward rolls between throws and catching spinning rings on their heads and arms. When the Sellotape comes out, one juggler’s arms are restrained bit by bit until he’s only using his hands and wrists to keep his skittles in the air.

By the end of the show, skittles and balls have been replaced by less traditional juggling items: unravelling toilet roll, open bottles of water and even the performers’ clothing. Water on Mars is full of fresh and eye-popping skills that will keep audiences entranced.

Water on Mars is at Assembly Roxy from 3rd until 14th August 2016, for further information or to book visit here.

Watch a trailer for Water on Mars here: