Her Aching Heart at the Hope Theatre 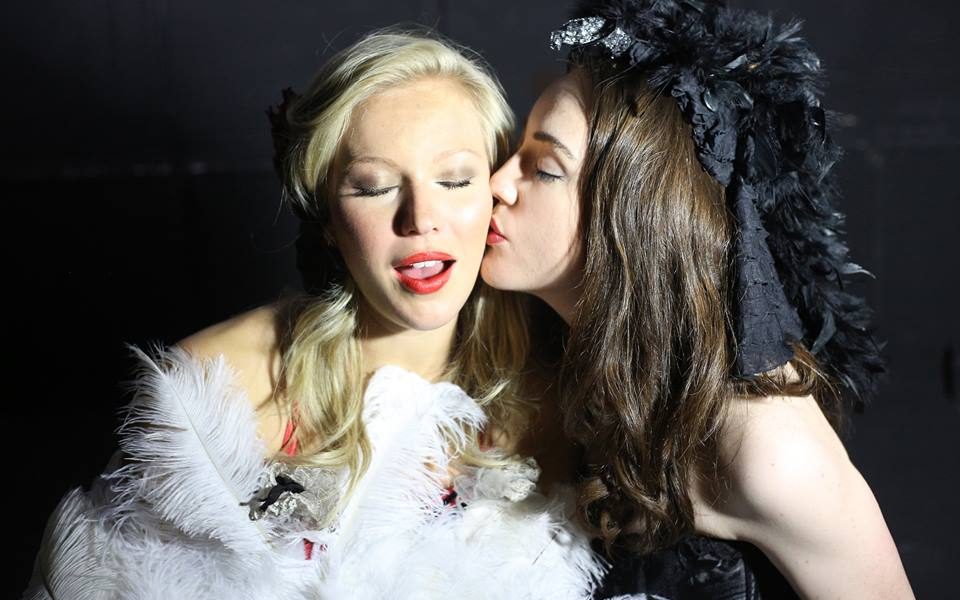 Her Aching Heart at the Hope Theatre | Theatre review 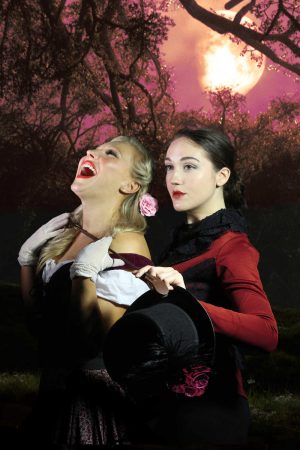 This tongue-in-cheek, bodice-ripping musical is superbly fun. In a pastiche of the Mills and Boon genre it follows the lesbian love affair of an aristocrat and a simple country girl. It’s a gothic romance more comparable with Blackadder than Brontë. There is no subtly; at times the script feels like a succession of increasingly more elaborate innuendos. But there is something refreshing about the show, with its cast of two women acting a variety of roles normally designated to men. Her Aching Heart both mocks and revels in the stereotypes of women contained within the genre, inlcuding the swooning and tender-hearted peasant, nuns and even the French Revolution.

The play begins with Harriet (Collette Eaton) singing about her broken heart, the cigarettes and glasses of gin she has drunk. The fear creeps up on the audience that this will be another unimaginative musical of lost love and slightly out-of-tune singing. But then everything changes as Harriet is handed down a book, Her Aching Heart. The remainder of the production hops between the world of the novel and the more realistic modern relationship.

A wind of hope and anguish blows through “the echoing corridors” of both the characters’ breasts, “rattling at the knobs and knockers of the doors” to their “dry and dusty emotions!”. The language and images of the gothic romance are taken and exaggerated but the piece retains its humour. There is both light and shade. Ingenious stage fights take place, the love scene between Molly and Harriet is performed in such a way as to mock the representation of sex on stage and also to prevent the play becoming some sort of male erotic fantasy: it remains a very female and empowering show. While deriding the affectation of the gothic romance, Her Aching Heart normalises and destigmatises the affair between two women. Both Naomi Todd and Collette Eaton are brilliant. This piece will make its audience question every value they’ve ever held, and they will love it.

Her Aching Heart is at the Hope Theatre from 29th November until 23rd December 2016, for further information or to book visit here.