Hamlet at the Almeida Theatre 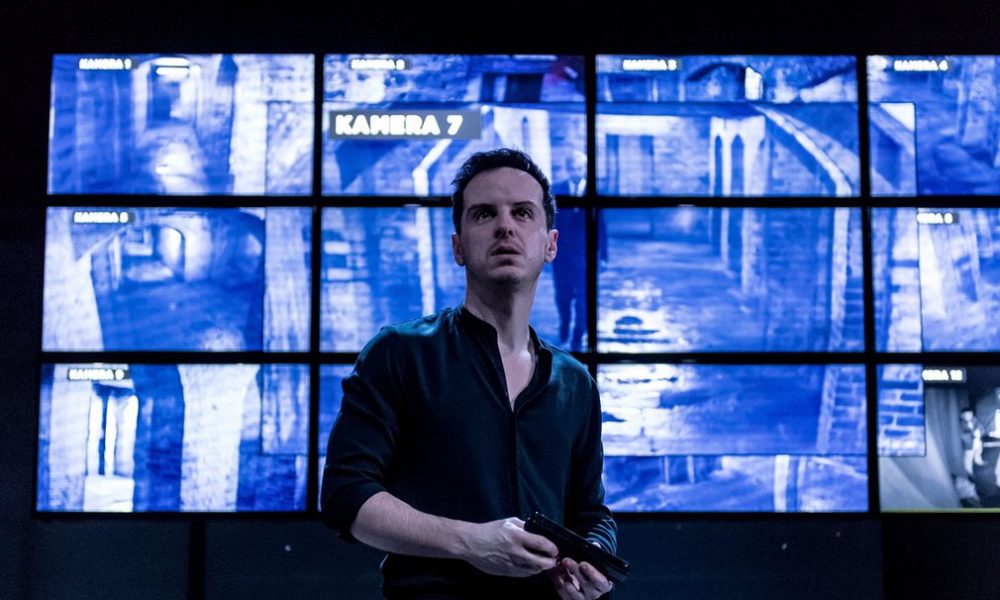 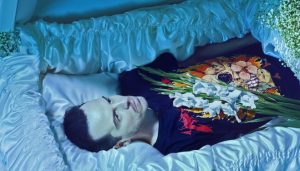 Of all the many, many things to recommend about the Almeida’s Andrew Scott-starring production of Hamlet, perhaps Robert Icke’s greatest achievement is just how lived in his Elsinore feels.

There is a genuine sense that the relationships and histories present on stage reach out far beyond the near four-hour running time. In the first half especially Icke fleshes out relationships under-served by Shakespeare’s text, like Hamlet and Ophelia or Gertrude and Claudius, using brief, wordless interstitials of people lovingly going about their lives. This sense of history even extends to Hamlet’s interactions with relatively minor characters like Guildenstern and Rosencrantz – here the former is like an old flame, the latter her new partner who one was never a fan of at uni.

As for Andrew Scott, one hopes that he is added to Icke’s growing company of actors. Though there is plenty of the hissing, spitting aggression seen in Sherlock, these Moriarty-like moments of madness aren’t anywhere near as compelling as the tender expressions of grief that well up from within his Danish prince, Scott playing him as a son irrevocably wounded by the death of his father. The gravedigger scene captures best what makes Scott’s Hamlet special, with the actor displaying a naive, melancholic bafflement at how easily man fades from this world.

It is also no backhanded compliment to argue that Scott’s Hamlet works seamlessly as part of the ensemble of regular collaborators Icke has assembled. For all the vitriol thrown at her by her son, Juliet Stevenson’s Gertrude can’t avoid one final act of motherly love; even Angus Wright’s calculating Claudius, who taunts Hamlet with his confession, is shown to sincerely love his new wife. The depth of feeling between these characters is especially prevalent among Polonius, an overbearingly fatherly Peter Wight, and his children. Revisiting the sibling dynamic honed in Oresteia, Luke Thompson and Jessica Brown Findlay excel as Laertes and Ophelia, in both their playful scenes of affection and the later instances of extreme loss.

Hamlet can’t quite match the explosive intensity of Icke’s Mary Stuart or Oresteia, and nor can it tap into the exquisite languor of his Uncle Vanya. Yet the director seems truly invested in the relationships that underpin the famous soliloquies and vengeful ghosts that the play is known for. When the production loses sight of this at points in the second half it falters; the ending, however, brings focus back on the people that populate Shakespeare’s plot, grief gradually swapped for a moment of divine peace.

Hamlet is at the Almeida Theatre from 17th February until 15th April 2017, for further information or to book visit here.