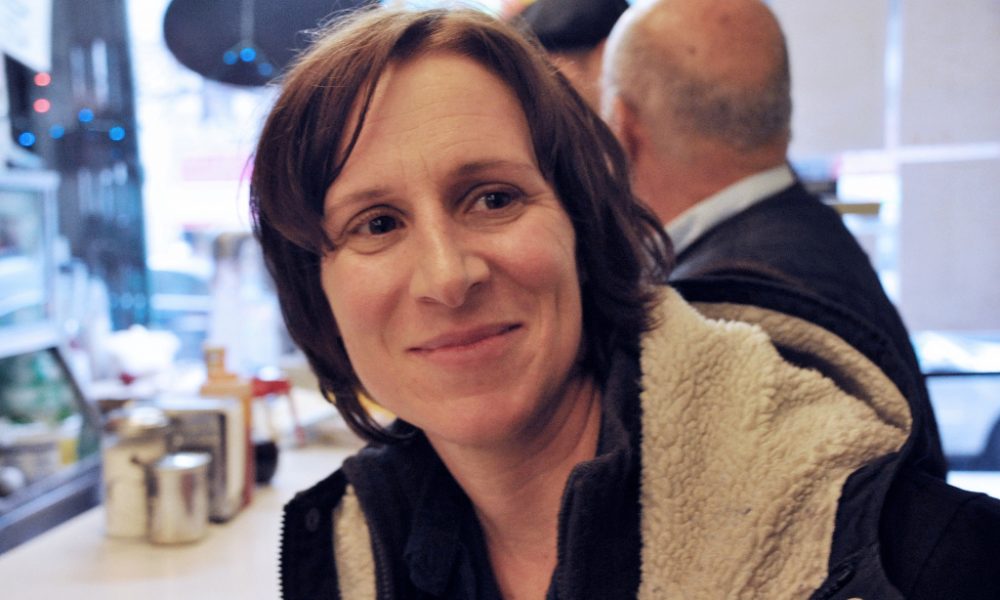 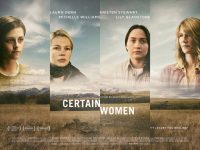 Certain Women is an American drama from director Kelly Reichardt following the tangentially connected lives of four women in Montana, based on the short stories by Maile Meloy, Both Ways Is the Only Way I Want It. Laura Hern plays a lawyer held hostage by a disgruntled client, Michelle Williams is a Californian mother and wife, determined to build a new home with a family she feels alienated from, and Lily Gladstone is the lonely rancher who becomes infatuated with tutor Kristen Stewart who passes through town to teach a school law course. We sat down with Reichardt to find out more about what drew her to Meloy’s stories, what is was like working with such a high calibre cast and what Moonlight’s unexpected win at the Oscar’s might mean for the film industry.

Hi Kelly, nice to meet you. Congratulations on a really fascinating, enthralling film. What was it that inspired you to make this movie? I understand it’s based on some short stories by Maile Meloy.

Reading those stories, Maile Meloy’s stories, really drew me in. I went through her two story collections really quickly and then went through a second time and started sketching out what could work together and that’s when I got in touch with her. I thought her writing was fantastic and I really liked her characters. Also, they were all settings that just seemed cool to shoot.

The stories only tangentially intersect, without one thread that brings it all together. Do you consider it to be more of a character study? Did you have a message you wanted to convey?

No, there’s definitely no message. Just a little look at some lives: the day-to-day, chores and struggles and jobs and getting to work and getting home from work and interactions at work. But there is a hostage taking! A very heist-like hostage taking.

The film is led by three-dimensional, layered female characters, which we perhaps don’t see that often on screen. Was that something you set out to achieve?

It’s just what interests me – that’s what I liked about Malie’s writing, her characters seemed to offer a good opportunity to explore them a little more. Some of their working predicaments seemed relatable to different fields of work. In her story, the rancher is actually a young boy which became a female character in the script. So instead of the lone male rancher it was nice to see a woman running that ranch. The woman is a woman who actually runs a ranch so that was cool. Yeah, so it’s just a glimpse into these lives.

The film also focuses on the relationships these people have: a lawyer with her client, a woman and her family, and then an ambiguous relationship between Kristen Stewart’s character and a rancher. Was that something you wanted to explore, these not always straight forward dynamics between people?

I think it’s a lot just about how people relate to those who are closest to them in their lives, such as their family in the Michelle Williams story, versus interactions with strangers that can at times have these moments of intimacy, whether in the first story or the last story or even in Michelle’s story when she is with the man, Albert, that she’s trying to get the sandstone from and a quail is singing. There’s these fleeting moments of connectedness. In the third story, I don’t even think the rancher knows what she feels – she’s projecting so much onto this person she doesn’t know, it’s hard to know where her crush lies. Or if it’s just an interest in a world she doesn’t really have access to.

The landscapes and the interiors you take us into seem to be a big part of the film as well.

Yeah that’s in Maile’s stories too – the places are what drew me to them. The people are really grounded in their space or, like the middle couple, trying to break into a space – the Californian couple moving to Montana to build their “authentic” Montana home – so there’s that collision there. And then there’s the rancher whose family has probably been there forever. So everyone has their different histories and relationships to the place they are in Montana. And that comes about in the film’s soundscape too, tying the world together and using some of the sounds of the place that are there.

And tell me about the casting – you’ve got some fantastically strong female actresses there. Did you have people in mind already? How did you match them to the characters?

It’s like everything, it’s an ongoing process. Who works well with one another, who’s available, who is up for it, who is right for the role. I ended up with a cast that was such a fortunate experience for me. The really great thing is getting to watch these actors work with each other: getting to see Jared Harris and Laura Dern together – I’ve wanted to work with Laura Dern forever – and Kristen was totally great to be able to work with. And then Michelle I hadn’t seen in a while, so that was really fun working with her. Then finding Lily Gladstone – that was a big lucky thing that happened. The film happened faster than I was anticipating so people had to get on board really quickly!

Moonlight just won Best Picture at the Oscars. Do you think that signals a step change for mainstream cinema opening up to more different kinds of films?

No. Moonlight is a fluke, it really is. I mean, it’s a beautiful fluke, a great fluke, but probably a fluke. I’m a little too sceptical. That’s why you have places like the BFI that support different kinds of work. Not everything is for the mainstream, I accept that. Not everything is for everybody. When I first go see a film and see the trailers, I can’t believe anyone is watching our films at all. Like, where do we fit in in this? It’s just hard to know, everything’s so loud and fast and furious. So, seriously, thank God for things like the BFI and distributors in the US like IFC films who put Certain Women out. In New York you can find your way but in the rest of the US it takes more work. You have to have these institutions that support a different kind of filmmaking. And the audiences. Like you…

Absolutely! Well, lovely to meet you Kelly, thanks so much for your time.