I’m Gonna Pray for You So Hard at Finborough Theatre 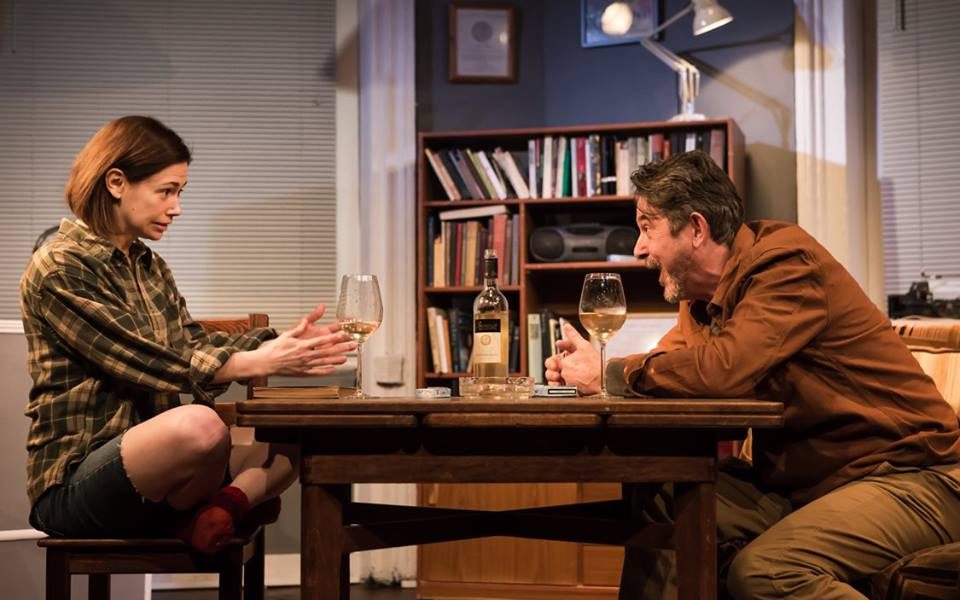 Written by Halley Feiffer and directed by Jake Smith, I’m Gonna Pray for You So Hard appears at first to be a kind of theatre world My Dinner with Andre featuring a successful playwright’s insightful and witty – albeit very negative – complaints and rants about critics, writers and directors. The piece shortly evolves, however, to reveal a bitter, angry, selfish, arrogant, mean, unstable alcoholic emotionally abusing his co-dependent, insecure daughter.

With a distinctly New York flavour, taking place in the Upper West Side kitchen of Pulitzer Prize-winning David (Adrian Lukis), the work is a vignette of the ambitions, pressures and idiosyncrasies within the Manhattan theatrical environment via an exposition of personal crises and painfully dysfunctional family relationships. Once abused and rejected by his own father, David is alternately loving and cruel to his doting, damaged daughter Ella (Jill Winternitz), who hangs onto his every word, nodding, agreeing and adoringly declaring her love for him. She shrinks when he puts her down and colludes with his searing disdain for her mother, whose voice is briefly heard. Amid wine bottles, marijuana and narcotics, the interaction escalates as David becomes increasingly inebriated and nasty, culminating in Ella’s desperate, grief-stricken rejection of him, which leads to their estrangement.

The second scene, taking place a couple of years later, reintroduces Ella as a transformed replica of David: successful, tough, egotistical, cynical, and hooked on alcohol and drugs. Once a struggling actress with a “lesser” role in The Seagull, as her father had wished, she has composed and starred in her own play, to rave reviews; and yet happiness eludes her.

Essentially a work about the ravages of addiction, the message is that alcoholism and drug dependence destroy lives and families; that success not only does not save one from addiction, it can be the fuel that drives it. The piece is about “hitting bottom” and the destructive behaviours, ego manifestations and emotional rollercoasters that precede it; the strutting and fretting on the stage of a desperate life, until only devastation can produce salvation: complete surrender.

The acting is brilliant in this performance. Adrian Lukis is phenomenal and real as David and Jill Winternitz delivers strong impassioned verity as the beleaguered Ella. The play is exquisitely written and clearly heartfelt. With excellent direction, I’m Gonna Pray for You So Hard is remarkable, witty, heartbreaking, significant theatre.

I’m Gonna Pray for You So Hard is at Finborough Theatre from 28th February until 25th March 2017, for further information or to book visit here. 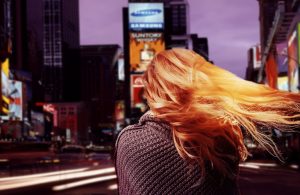 I'm Gonna Pray for You So Hard