Run at the Bunker 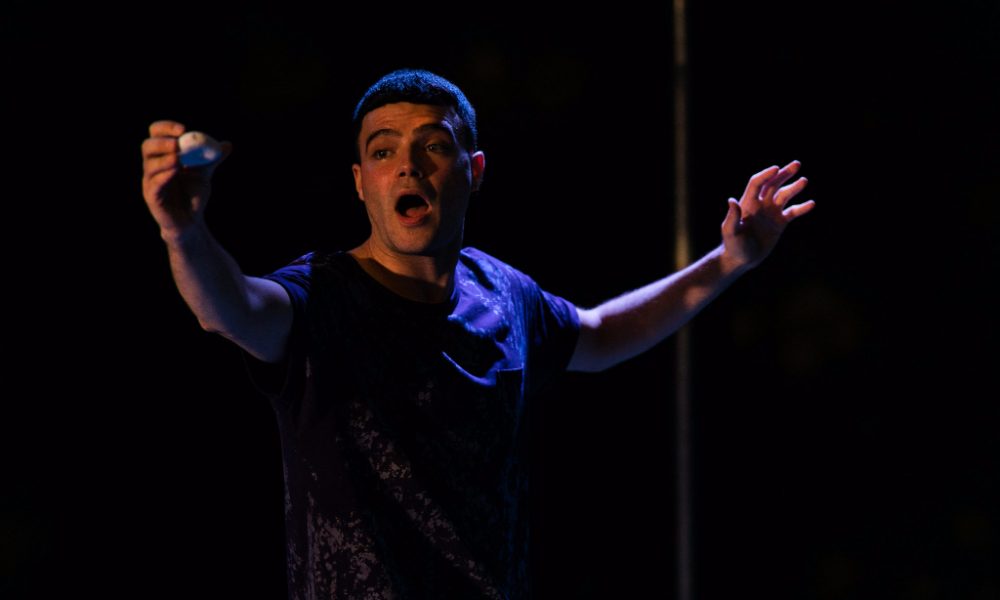 Run at the Bunker | Theatre review

Run has arrived at the Bunker as part of its tour, following huge success at the Vault Festival in 2016. Stephen Laughton’s script, about a gay and Jewish boy’s first experience of falling in love, is bold and unapologetic. And with rising homophobia and anti-Semitism considered, it’s also a frankly necessary take on what love means in the 21st century.

Yonni is feeling happy to have a holiday off school when we first meet him. By the end of the play, he has expressed the depth of the journey his first love has taken him on. The transition between these two versions of the same character is startling. Owing to the production’s dependency on a sole actor’s performance to work, it is necessary that Yonni be brought to life realistically. Impressively, Tom Ross-Williams is able to enact each scene change with ease, without physical prompts or new actors coming onstage to adjust the atmosphere. He succeeds in conveying various things at once: he is funny, serious, realistic as a 17-year-old, both young and old, and his portrayal is deeply moving. The play is worth watching for his performance alone.

Run demands a lot not just from its actor, but from its audience too. Physical theatre and lively acting prevent any sense of boredom during occasionally repetitive monologues in which Yonni’s mind wonders onto very abstract ideas. The Bunker theatre is the right venue for this show, its intimate space suited to such an emotionally intense script. The set and stage – completely black and empty – give the impression of a kind of void, adding to a sense of loneliness, which is apt given Yonni’s yearning and concern with space and time, and our relative insignificance. As far as the viewer is aware, the teenager is talking to himself. In the words of Ross-Williams: “You’re not sure what’s real and what’s not”.

Overall, this is a piece with a deep contemporary resonance. At just over an hour long, it is condensed and will leave theatre-goers with the feeling that they too have embarked on the same journey as the protagonist – despite the specific and individual nature of his experience. This is the play’s greatest achievement, and is thanks to both an excellent script and an engaging performer.

Run is at the Bunker theatre from 20th March until 1st April 2017, for further information or to book visit here.