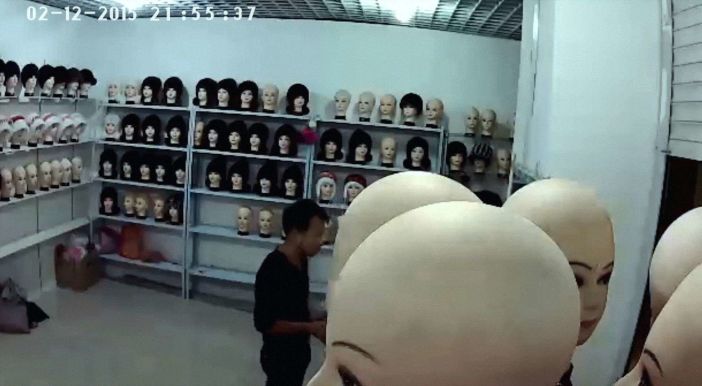 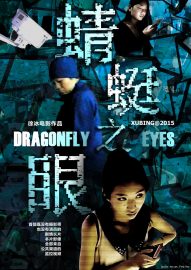 Strange, confrontational and dizzying, Dragonfly Eyes is an undeniably ingenious piece of work. Composed entirely of real surveillance footage, director Xu Bing constructs a fictional narrative of lost love, societal vanity and compromised privacy. A tin-eared screenplay and a glib use of horrifying images hamper this film, however, and any comment it has to make on the nature of our hyperactive, technology-fuelled modern life is undone by a morally dubious desire to shock.

As far as can be perceived, the story starts with Qing Ting, a young girl who lives in a Buddhist settlement. She questions why the elders want to build a new temple, damaging the landscape as a result. She leaves to pump cow udders at a dairy farm, where she meets technician Ke Fan who falls desperately in love with her. Xu Bing makes clear the contrast of austere religious devotion to mechanised industrial labour, and the contemporary obsession with progress is brought into sharp relief. Ke Fan is imprisoned before he can consummate his relationship with Qing Ting, and on release he finds that she has changed irrevocably. She is now Xiao Xiao, a YouTube-style personality with thousands of online fans. This persuades Ke Fan to radically alter himself as he pursues her. Meanwhile, people are assaulted, buildings collapse and explosions fill the air.

Evaluating this obscure, unnerving picture rests on how one views its intent. If the film is a bizarre romance fashioned from an admittedly inspired CCTV premise, the painfully stilted script lets it down. (Writers Zhai Yongming and Zhang Hanyi are the culprits here.) If the film is a commentary on the senseless, loveless, violent state of the modern human condition, the ease in showing apparently unrelated acts of viciousness – real people die in the footage – undermines its intellectual pretensions. Visually shocking, this idiosyncratic effort unfortunately tends to childish stupidity and inchoate philosophising. The future is frightening, but perhaps not in the way Xu Bing thinks.

Qing Ting zhi yan (Dragonfly Eyes) does not have a UK release date yet.