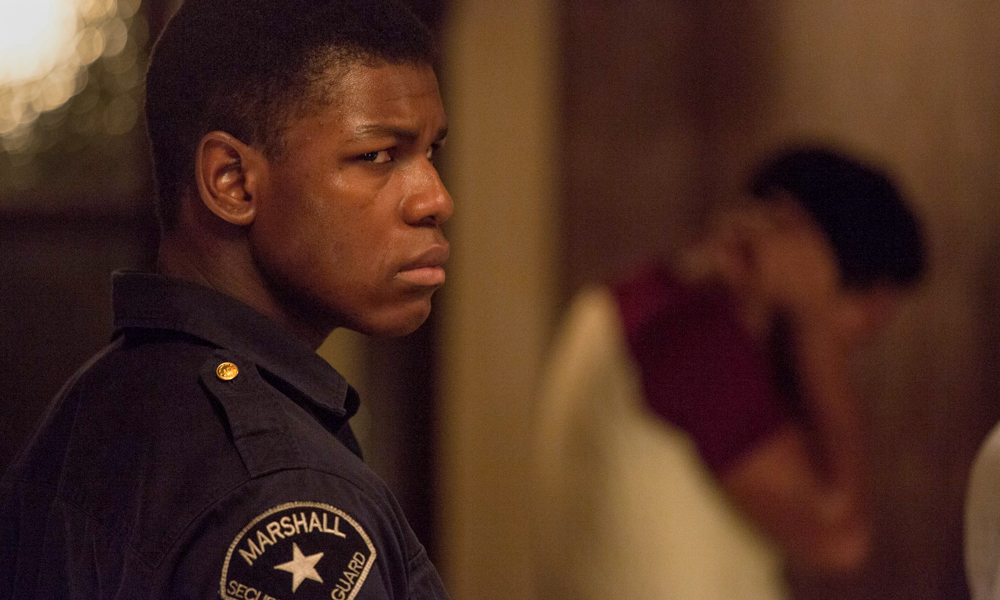 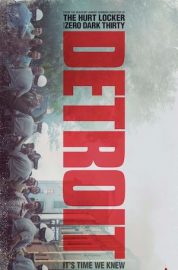 Detroit is the gripping new American period drama from Oscar-winning director Kathryn Bigelow, uncovering a true story of injustice and police brutality against a backdrop of the 1967 Detroit riots. Plunging viewers into the sights, sounds and hidden stories of that period, the film is an aesthetic masterpiece: darting between the sizzling excitement and glamour of makeshift summer parties and theatre wings, and the increasingly warzone-like streets and back alleys of impoverished and seething black urban communities, archived footage spliced in between serves to peg the events that unfold firmly in their historical fact.

Throughout the chopping and changing of the opening scenes and introduction to our complex, multi-character narrative, a tension builds: a latent and unmistakably racially-driven violence that threatens each and every encounter between black and white, from the initial charade of African-American attendees of an unlicensed party being lined up like criminals and herded like cattle into vans by sweating, uniformed Caucasian police, to the hunt of Black males clutching looted groceries like murderous prey. And once the action settles on the film’s main focus – the ludicrously heavy-handed search for a suspected sniper at the Algiers motel – that tension is held on a knife edge, leaving the viewer to endure some of the most excruciating scenes of psychological and physical racial violence put to film.

John Boyega is excellent as Melvin Dismukes, the security guard caught in the middle between a trigger-happy amateur police squad backed up by National Guard, and the motley crew of party-goers rounded up as suspects at the motel, among them young singing hopeful Larry (Algee Smith), his band manager Fred (Jacob Latimore) and ex-military Greene (Anthony Mackie). London-born Will Poulter aces the unenviable task of portraying the film’s most reprehensible character, the unashamedly racist junior cop Philip Krauss who leads a “death game” with the motel’s inhabitants – supposedly an interrogation tactic but rather a sinister demonstration of racially motivated power. Blue-eyed American-Irish Jack Reynor represents the all too easily swayed in sidekick Demens and Game of Thrones’ Hannah Murray is the fun-loving Julie who incites their anger through her presumed involvement in interracial relations.

With the implications of the bloody Charlottesville white supremacist protests still rippling across social media as the cast hit the red carpet for the European premieres in London, the relevance of the film’s topics is uncomfortably stark. As Bigelow previously achieved with cinematic triumphs The Hurt Locker and Zero Dark Thirty on the Middle East, Detroit cuts to the toxic heart of dysfunctional race relations that blight American and global contemporary culture to this day through laying bare on screen how institutional and societal racism can fester and manifest.

The film may lack some of the finesse of Bigelow’s most acclaimed work with writer Mark Boal – it wavers on a line somewhere between authentic grit and nightmarish chaos while the blurring of fact and fiction reach a point of leaving the viewer somewhat unmoored – but in a time of seemingly regressive social policy, spearheaded by the Twitter feed of the leader of the free world, Poulter’s suggestion that the movie is call to all artists to have a hand in drawing attention to cases of social injustice seems none too overstated.

The dark, hellish places of humanity the movie captures are hard to watch but also incredibly powerful, brave and disturbingly educational. Essential viewing for all seeking to navigate our politically tumultuous times.

Detroit is released in selected cinemas on 25th August 2017. Watch our interviews with the cast at the London premiere here.

Watch the trailer for Detroit here: