Minefield at the Royal Court Theatre 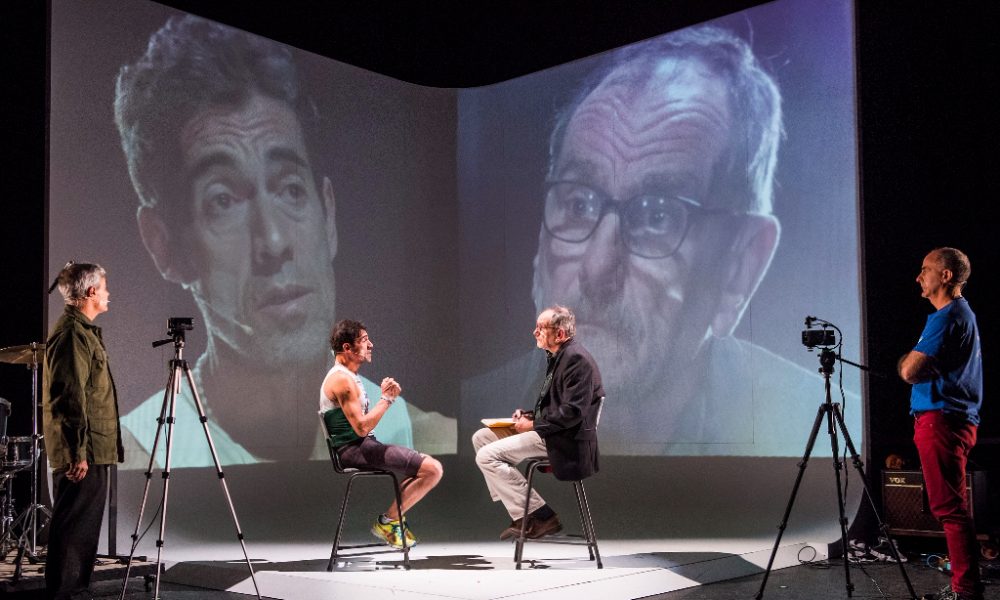 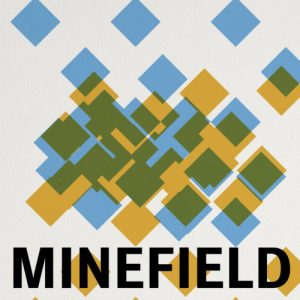 The Royal Court in Sloane Square stages Minefield, written and directed by Argentinian Lola Arias. The play is a unique retelling of the Falklands War, as we see cast member Marcelo Vallejo take centre stage, providing context to the play about the Malvinas War, which lasted 74 days, from the 2nd April until 14th June 1982. One of the characteristics of this production that differs from others is that these cast members are not what we might call professional actors; they are veterans of the war, who have come together to retell their experiences.

The Argentinian men do not speak English and the English do not speak Spanish, but they have no trouble understanding each other; three screens held above the stage with subtitles also help the audience’s understanding.

The stage set up is sparse, with two electric guitars on the right and a drum kit, which makes one wonder how music would be involved in Minefield. Surprisingly, all the veterans, apart from Nepalese Sukrim Rai, are great musicians, giving performances that rock the Royal Court and combine with the central themes of the play.

Initially, the piece has the feel of an audition or production in its early stages, but this may be due to its honesty in making the audience aware of rehearsals, a Brechtian post-modern trope. The cast understand that there exists a gap in the public’s knowledge of the “last old fashioned trench war” and that children in schools are not taught about the Falklands conflict. The production is an attempt to bridge that gap, and by doing so, hopefully works as a deterrent of war.

Though Minefield becomes disjointed at times with the use of subtitles, there are stand-out parts, such as the walking, talking effigies of Margaret Thatcher and then Argentinian President Leopoldo Castelli, who debate with one another regarding rightful leadership of the islands, and therapy sessions where Argentine Vallejo faces Brit David Jackson. Another emotional scene is Lou Armour watching his younger self try to come to terms with his experiences, alongside the current veteran on stage.

Despite credible performances by all and a unique innovative vision by Arias in the retelling, Minefield lacks a quality that would make this an enriching and essentially engaging production, leaving it as a docu-drama that seems to be in its infancy.

Watch the trailer for Minefield here:

Sam Smith presents new album The Thrill of It All at Tate Modern for Apple Music | Live review
Paddington 2 premiere: On the red carpet with Ben Whishaw, Hugh Bonneville, Paul King and cast