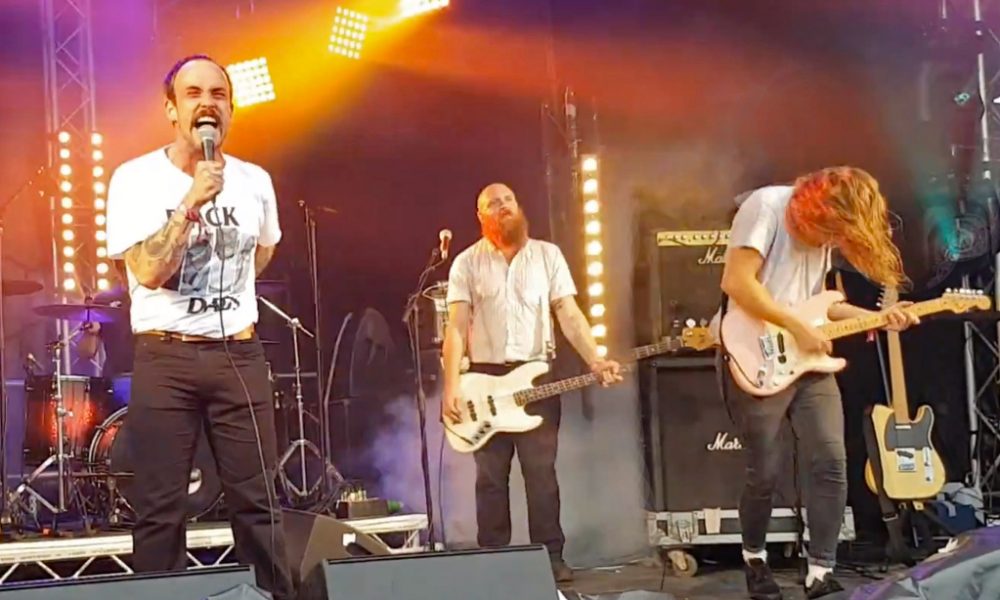 “Thank you all so much for filling this room and making us feel important,” was what Idles’ frontman Joe Talbot told the audience in London on the evening of 23rd November at the Village Underground. It was a perfect venue for the rapidly rising rockers (billed as a post-punk group, but don’t call them that) at this stage of their career – as Talbot also addressed the sell-out crowd, “We haven’t evolved or become bigger as a band, you have”.

Their well-received debut album Brutalism, from earlier this year, provided much of the material for their hour-long set. The better-known records such as Mother, Well Done, and Exeter were evenly spread across the setlist to ensure an ongoing momentum and sustained interest, using the opportunities in between to preview new tracks such as Samaritans and Colossus; though some audience unfamiliarity with the new songs meant there were a few idles in the less passionate, rear half of the room.

The biggest point of participation was when they performed the majestic Divide & Conquer, one of Brutalism’s lead singles that’s notable amongst the rest of the album for its comparatively slower BPM as it thrillingly builds to a crescendo. Heads were rocking in sync with the beating drum, the mosh pits were fervent, crowd-surfing activity was at its peak, and the whole scenario produced Olympian levels of sweat. As Talbot was shouting “Divide!”, in that moment, the audience was in a state of everything but that.

The frontman created an enriching mutual experience by establishing a liberal safe space, shouting comments such as “We are all immigrants!”, “Everyone is gay!” and “This is for Jeremy!” before each of the songs. The politics were present in the music too, with Mother serving as the ideal anthem for Idles’ fanbase of Labour supporters due to perhaps the ultimate crowd-pleasing lyric: “The best way to scare a Tory is to read and get rich”. He also highlighted themes of the songs, which included depression, love and inclusivity, all contributing to a show that was at once both effectively entertaining and socially resonant.

It was an enjoyably fast-paced evening for the exciting swiftly rising band, with the hammering drums, pulsating guitars and timely lyrics signalling a successful first act for the rockers. It’ll be exciting to see what they have in store for the future, as Brexit and the muddled political landscape will inevitably shape their direction.

For further information about Idles and future events visit the Idles website here.

Watch the video for Mother here: