Sounds and Sorcery at the Vaults 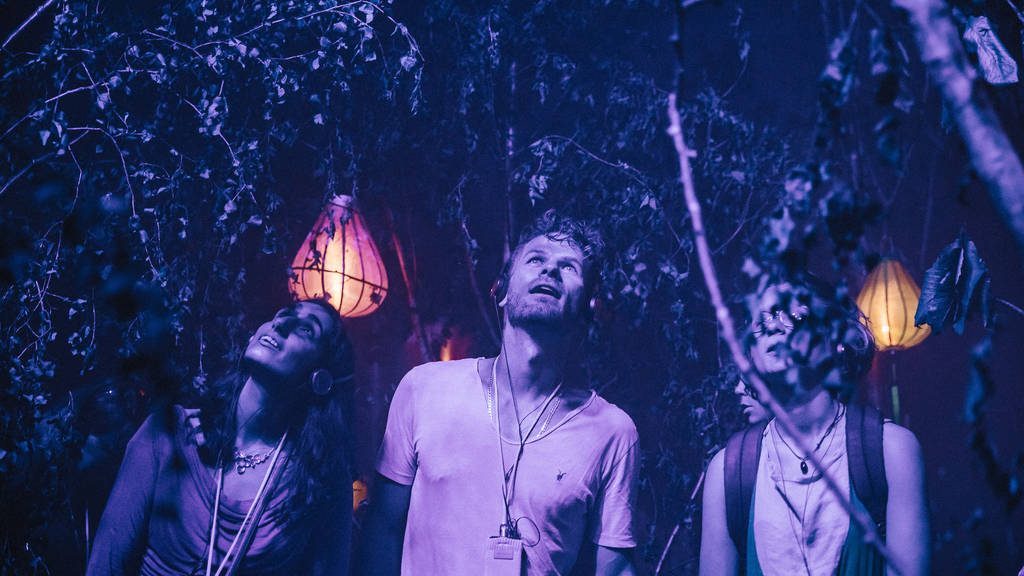 Sounds and Sorcery at the Vaults | Theatre review

The future of theatre is technological and exciting and boundary-pushing. We’ve got all sorts of kit waiting in the wings to revolutionise the form. Unfortunately, immersive show Sounds and Sorcery isn’t quite there yet, but it does give a shadowy glimpse of what that future might look like. Featuring a cocktail of live action, onscreen animation, lighting effects and binaural audio, it attempts to hit the senses from every angle.

The Vaults’ latest offering is inspired by Disney’s Fantasia, and like the film, it brings together a collection of pieces of classical music that celebrate nature – its power and fragility, its beauty and strangeness. Audience members are ushered in a group at a time, armed with headphones and left to explore the differently themed rooms.

Some real love has gone into Kitty Callister’s sets, such as the glowing, steaming volcano, the neon mushrooms hidden among steamy pools and the giant fluffy clouds which intrigued guests can manually lower and raise themselves via handles. The Vaults, labyrinthine and mysterious, provide the perfect space for an audience to lose itself among the sights and sounds, not knowing what’s around the next corner. A very helpful team of staff members are ever-present to guide confused participants and there’s a bar serving creative cocktails for those who want a timeout.

The show falls down with its live action. The “Sorcerer’s Apprentice” segment uses roughly the same narrative as the animated film: an overworked servant steals his master’s spellbook and the floor-mopping goes haywire. Little effort seems to have been made with the choreography and the overall effect struggles to command attention throughout. Similarly, some comedy ballet comes across as slapstick without offering much in the way of quality. A powerful final scene features gorgeous choreography to Mussorgsky’s Night on Bald Mountain, but this is displayed as footage projected onto hanging fabric.

Then there’s the sound. Enjoyment of the classical music itself is impeded by the stuttering headphone equipment, which seems to cut out a couple of times a minute. That aside, the technology is impressive, picking up which room the wearer is entering and playing the corresponding track, and delivering different sounds and volumes in each ear to create a binaural experience.

Go and see the show in order to get lost in a surreal playground and to listen to some beautiful music, but also to imagine what this sort of technology-led immersive experience might feel like in the future, once every component is honed and every glitch ironed out.

Sounds and Sorcery is at the Vaults from 3rd July until 30th September 2018. For further information or to book visit the theatre’s website here.

Mamma Mia! Here We Go Again: Interviews and highlights from the premiere of the singalong sequel
Jet celebrate Get Born’s 15th anniversary at the Forum | Live review