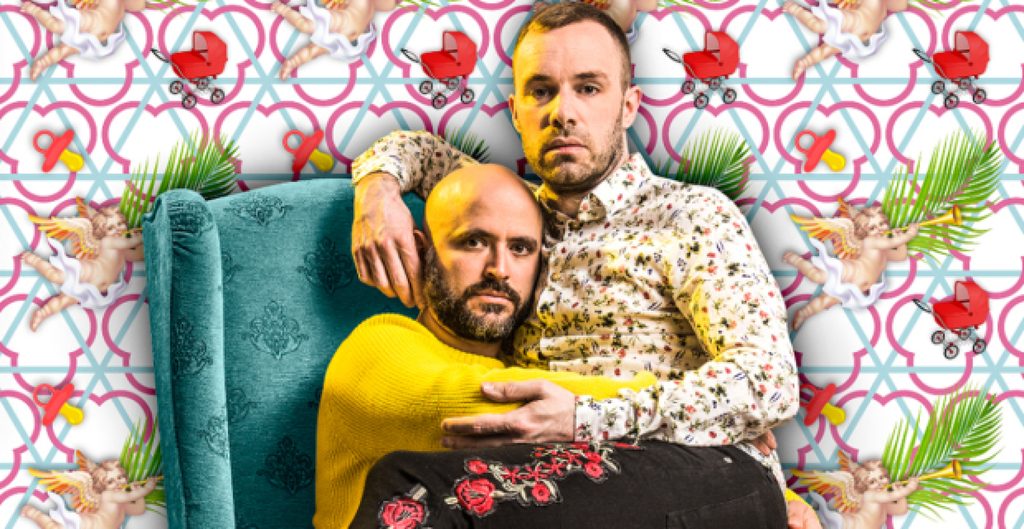 From searing social statements to all-out puppet massacres, the Ed Fringe programme guarantees to surprise you with a unique experience you never even knew you needed.

In a year that has heightened the gender equality conversation via the #MeToo drive and the growing online presence of the men’s rights movement, two pared back one-man shows – Daughter and Angry Alan – complement each other perfectly.

In Pandemic Theatre’s Daughter, the father of a young girl looks back on a life peppered with the dubious treatment of women. Fatherhood has given him a new lens through which to recall several situations he now regrets, and the show is mostly a confessional, with stories that range from the concerning to the harrowing. The honesty of these confessions comes not only in detailing the proceedings themselves, but in admitting the blame-refuting justifications that entered his head afterwards.

As a flawed man living in a skewed society, raising a daughter is heart-breaking, bewildering, frustrating, fraught; isn’t a world in which the female sex can be thought of in terms of tits just so much easier? This is not easy watching.

Despite that heaviness, there is humour in abundance, such as when our protagonist presents the dance routine his daughter made up for him. The lighting is an essential ingredient, used suddenly and effectively to amp up moments of inner turmoil and get audience hearts racing. Adam Lazarus drags his viewers wholly into his world; every confronting, squeamish or delighting moment is inescapable.

In Angry Alan, an ordinary, often overlooked, middle-aged man stumbles upon the men’s rights movement and vows there and then to make a change in his own life. Interspersed with real YouTube clips, the play is a relevant and well-observed piece of commentary on a burgeoning new phenomenon.

Penelope Skinner brilliantly captures the moment of hope and excitement that her protagonist feels at discovering the “gynocentric society” at whose door he can lay all his disappointments and failures. Donald Sage Mackay is just the right mixture of likeable, exasperating and pitiable, and he’s a fine storyteller to boot.

Both stories present current gender politics within an engrossing personal setting, but with antennae that stroke an extensive realm of real-world issues. They each touch on the #MeToo movement – Daughter implicitly and throughout, Angry Alan in the context of the frustration it causes a small group of men who believe they are being blamed for everything.

Daughter is at King’s Hall from 22nd August until 26th August 2018. For further information or to book visit the Edinburgh Fringe’s website here.

Angry Alan is at Underbelly from 22nd August until 26th August 2018. For further information or to book visit the Edinburgh Fringe’s website here.

Another thought-provoker comes in the form of Theatre Ad Infinitum’s No Kids. This generous, high-octane physical piece asks whether it’s right for couples to bring a new life into an already overpopulated world. Written, directed and performed by real-life couple Nir Paldi and George Mann and set amid a stageful of props in nursery-bright colours, it also delves into the logistics of the two-dad family. In a society that still isn’t fully accepting of gay couples, will their child be subject to intolerance by proxy? Is it vital for a child to have a mother or is love the only thing that matters?

Full of heart-bursting movement, bodacious outfits, a Madonna soundtrack and slick choreography, No Kids is a conversation that’s as important as it is entertaining. It is characterised by a hundred questions but doesn’t claim to have any of the answers. The conclusion is up to you, the audience.

No Kids is at Pleasance Courtyard from 22nd August until 27th August 2018. For further information or to book visit the Edinburgh Fringe’s website here.

For some much-needed comic relief to take the edge off the social commentary, Famous Puppet Death Scenes is just the ticket. A heady mix of Shockheaded Peter, Edward Gorey and Punch & Judy, the ambitious puppetry show presents a series of short sketches in which its characters meet their demise in an assortment of troubling manners. The show’s gleeful bloodlust and imaginative sets could depict the playtime of a particularly deranged small child. A darkly delicious, highly stylised world full of puppets with exquisite facial expressions, it’s a fabulous example of the pathos and hilarity of good puppetry. As a parting gift, the programme includes a Make Your Own Puppet Death Scene set of cut-outs.

Famous Puppet Death Scenes is at King’s Hall from 22nd August until 26th August 2018. For further information or to book visit the Edinburgh Fringe’s website here.