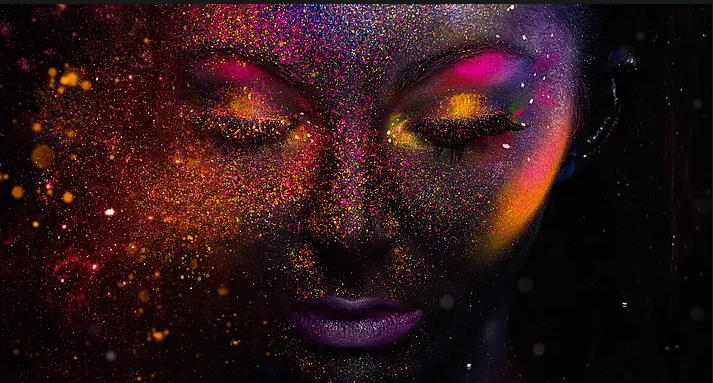 The bar for new writing is set high for this year’s Little Pieces of Gold Showcase, with a total of eight pieces by new talent across London, each ten minutes long.

First off is Escape by Laura-Jayne Ayres, directed by Kevin Russell. Annika Jackson (Julia Florimo) enters O’Malleys restaurant, wet from the rain. She is on a blind date, anxious and incessantly informing the waitress (Rachel Fenwick) this man is coming, blindly chatting away, keeping the waitress from her work. Essentially a comedy drama, the piece reflects situations we’ve all been in, but presents them through an unexpected turn of events. Her date, Jack (Paul Vates), emerges – as she awkwardly dries her hair with the tablecloth – and we realise all too soon that they are in fact a couple, both attempting to escape the boredom of their lives.

Joe Marsh’s Thursday is a taut depiction of what it means to defend your belief system – however questionable – while remaining politically correct. Ben Mann portrays postdoctoral student-teacher Lawrence and is believable as a determined university alumnus, conversing heatedly with his colleagues. As Thursday progresses, the characters’ room becomes unbearably hot, and it is unclear if there is a fire at one point – when they smell ash – or why they do not leave, but the play contains idiosyncratic humour, culminating in the teachers undressing.

Exhibit A is a critical piece on the way we view nudist paintings. Doxah Wesley plays a strong-willed woman, passionately debating nude paintings and the intentions behind them with her date (Lanre Danmola). Conveying interesting viewpoints, with humorous elements, the piece is an interesting commentary on art, subjectivity, and the male / female experience.

In Dress Down Friday, we meet Hayley, a vivacious and potty-mouthed worker, thinking up the next way in which she can be fired without consequence to her Job Seeker’s allowance. With her cheeky one-liners, Hayley Powell shines in her role as a woman working alongside her dreary colleagues and who is exuberant and confident.

“His only crime, his ethnicity.” One of the moving lines from Sami Ibrahim’s play The Palestinian in the Basement is on Fire, which tells the tale of Jawad Hadin, a Palestinian who murdered an Israeli girl, culminating in his death by being burnt alive by the Israeli forces. The piece is challenging, though the set up is simple, and the play’s dark nature is unsettling – at one point a cast member shouts at the audience: “This is a play about Palestine, don’t fuckin’ laugh”, breaking down the fourth wall. Ibrahim’s short play encapsulates the complexity of the situation and the ensemble’s lines running over each other creates a tense and sombre atmosphere.

The hilarious Mothercare produces several laughs. Sam Henderson and Edward Stone play a gay couple, in the midst of a dilemma. Matt (Stone) picked up a baby in Sainsbury’s, thinking it to be abandoned. From thereon ensues a hilarious arguing match, the couple struggling between their desire to be parents, and their knowledge that their unique situation is illegal.

Peyvand Sadeghian performs in her second show of the night, in Jasmin Mandhi-Ghomi’s Of Things Unsaid. Like the previous piece, this is a tale of a gay couple – this time female – planning to marry. There is just one problem: Yassin (Sadeghiian) is an Iranian Muslim, who still has the task of coming out to her mother, who is portrayed excellently by Lanna Joffrey. There is a lovely twist, though sadly infrequent in reality; the piece is tethered well, leaving a hopeful impression for the future of gender rights and equality in the face of conservatism.

Rachel Causer’s Scintilla finishes off the showcase. One of the deeply moving works, its simple plotline delivers themes of loss and human connections. It’s set in an Apple Store, where Marcus (Oliver Church), a smart yet emotionally inexperienced manager, attempts to help the distressed customer at his service. Sioned Jones is authentic as the woman estranged from her recently departed mother, noticeably upset, trying to retrieve the voicemails. Estrangement is a difficult subject to think about, and Causer’s script is heartfelt and an honest representation.

In a full house, it was wonderful to see the support for these aspiring talents.

“Theatre helps us to glimpse the truth about the world and about ourselves”: Playwright Brian Coyle on Timeless
The Other Place at Park Theatre | Theatre review