The Dame at Park Theatre 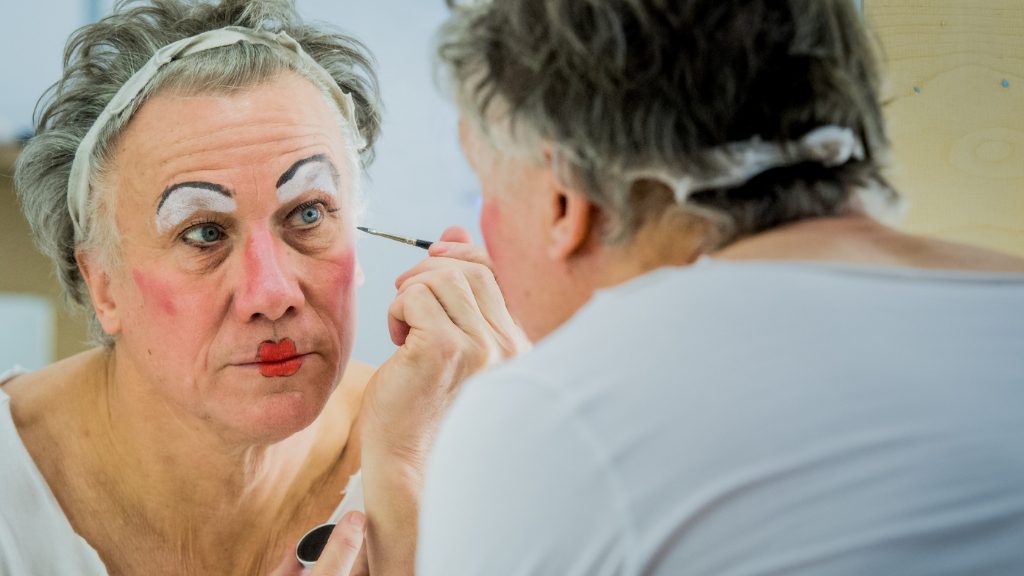 With some moments of brilliant writing by Katie Duncan, a pristine performance by Peter Duncan and strong directing by Ian Talbot, The Dame presents itself as a powerhouse of a one-man, one-act play, displaying strikingly the superficiality of an actor’s life and the hold that memories can have over a person’s life.

It’s a rather simple concept, really: after a show, pantomime Dame Ronald Roy Humphrey returns to the dressing room where he reminisces about his entire life; at times full of nostalgia and with overwhelming joy, at other times with a sense of heartfelt melancholia. Thrown into the mix are plenty of allusions and references to great actors and other plays. The Dame is an excellently produced performance, with beautiful set design by Peter Humphrey which displays a run-down dressing room, gorgeous lighting design by James Smith and authentic costumes by Duncan Reeves.

But the heart and soul of the play is – as one would expect from a one-man play – Peter Duncan, who energetically delivers the entire dramatic monologue perfectly by moving seamlessly between comedic and darker moments. At no time does he seem unconvincing in the lead role and every single line feels perfectly delivered. This is the actor at his best, and his performance will remain in the minds of Londoners for years to come.

The production isn’t entirely without its flaws, however, largely because of occasional hiccups in the writing. Yes, it’s largely brilliant, but some moments feel slightly out of place – especially Humphry’s memories of an abusive father, which are neither original nor add much at all to the protagonist’s character. These moments are not bad per se, but they are unnecessary. The ending, too, delivers a revelation which is superfluous and slightly sugary.

But these minor grievances hardly take away from the fact that The Dame is a masterpiece of fringe theatre promising an evening of delightful entertainment and truly thoughtful and moving writing which questions the way we think about actors and acting in general. A smashing success which receives an easy recommendation all around.

The Dame is at Park Theatre from 2nd January until 26th January 2019. For further information or to book visit the theatre’s website here. 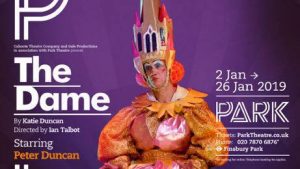 The Upside | Movie review
Laundry at the Space | Theatre review