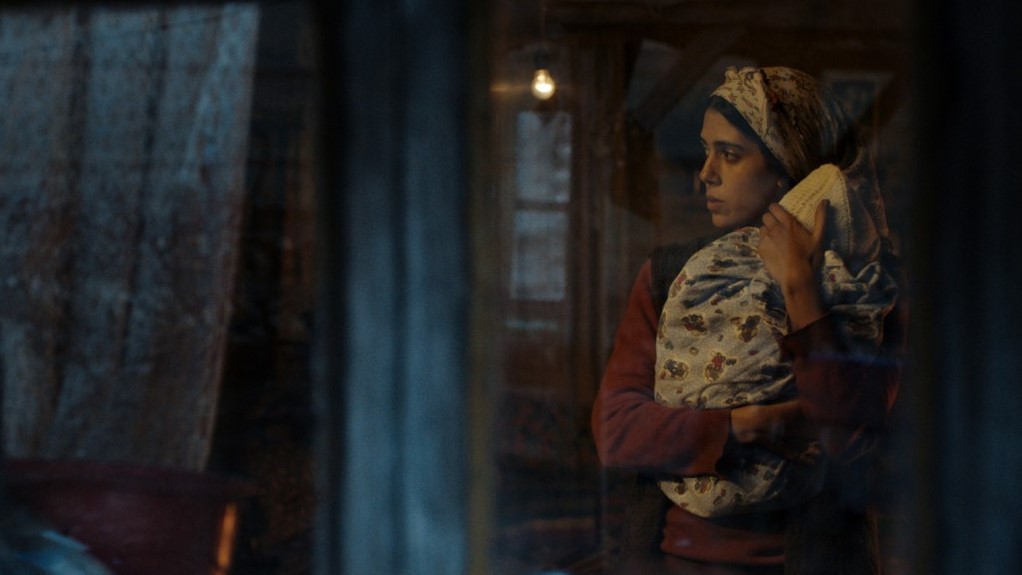 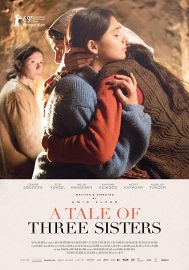 The obscenely photogenic Anatolian Mountains of Turkey form the backdrop to director Emin Alper’s bewitching A Tale of Three Sisters (Kız Kardeşler). Unfolding exclusively in a ramshackle village, it would be easy to conclude that the film takes place generations ago, instead of the somewhat-recent past (the 1980s). If it wasn’t for the occasional car and glimpse of a powerline, the feature could comfortably pass as a century old. Indeed, when some of the village elders smile, their teeth are reminiscent of ancient ruins. The infrequent cars are there to ferry two of the titular three sisters back to their home village under a gloomy cloud of failure.

It was their deceased mother’s wish that the trio of siblings be sent to the city to work as beslemes (becoming both a quasi-foster child and maid to a wealthy family), but this wish came to an abrupt end for all concerned. The eldest, Reyhan (Cemre Ebüzziya) had already returned in disgrace (of the bun-in-the-oven variety). Her father Şevket (Müfit Kayacan) unhesitatingly married her off to Veysel (Kayhan Açıkgöz), unaffectionately referred to as a halfwit, whose vague sense of his own inadequacies proves to be dangerous. The film opens as the two other sisters Nurhan (Ece Yüksel) and Havva (Helin Kandemir) are driven back to the village, like defective merchandise being returned to its manufacturer.

Şevket wishes that his daughter’s employers had tried harder to make his girls more obliging (“You should have slapped her”), and the clearly defined gender roles of the setting ring true. The sisters aren’t in complete subjugation to their father, but have little control over how their reunion in the village quickly escalates into something far more ominous. It’s a consistently appealing feature, even though it doesn’t always hit its emotional targets, and sometimes remains impassively two-dimensional. The score also occasionally feels inapplicable to the action, verging on quirkiness when it should be opting for murkiness. But with that spectacular backdrop and winning performances, A Tale of Three Sisters still manages to entice.

A Tale of Three Sisters (Kız Kardeşler) does not have a UK release date yet.