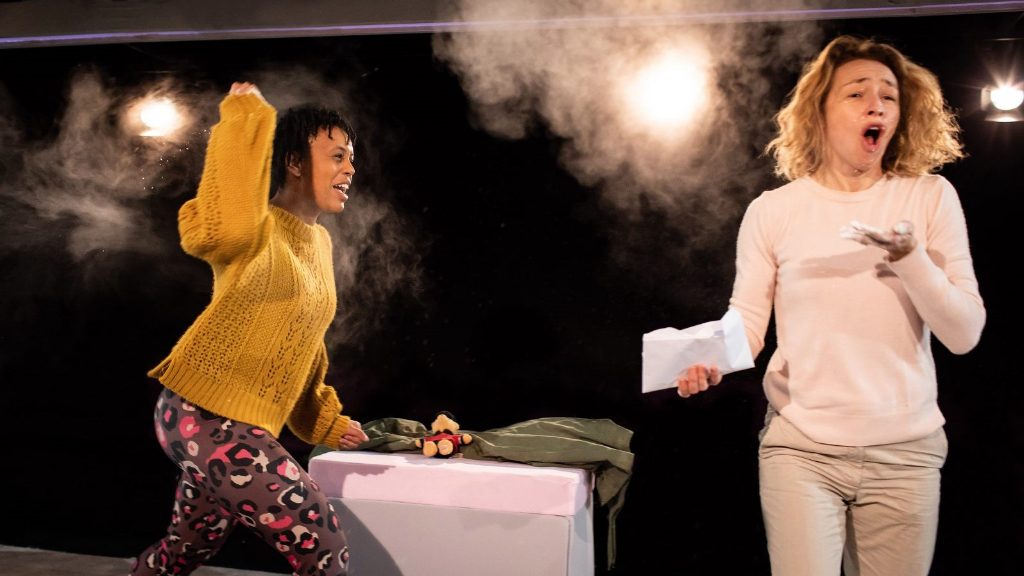 Laden with gallons of witty writing, a fantastic plot and an excellent handling of sensitive topics, Soft Animals demonstrates that Holly Robinson’s work was made for the stage. Director Lakesha Arie-Angela’s production of the two-hander is equally brilliant, with a powerful cast who allow the script to leap off the page and into the hearts of the audience. This is a sublime exploration of personal tragedy; a clever tear-jerker which evokes questions of atonement, guilt, crime and the tragedy of everyday life.

The play starts off simple enough, with Frankie (Bianca Stephens) visiting Sarah (Ellie Piercy) just to see how she’s getting on after an accident. On the stage, we see little more than the characters and a single cube. But as the plot unfolds and the cube gives way, further props – various pieces of furniture, including a crib – are exposed as the audience learns what happened on that fateful day a year ago: Sarah left her baby in a car on a hot day, resulting in its death; Frankie happened to walk by on the way to her tutor, but came too late.

What’s more important than the revelation of the exposition, however, is the gradual unfolding of the character’s direful conditions. Sarah – unable to forgive herself and a figure of public hatred due to her photo being exposed in the news – travels to various tourist destinations that her baby would have enjoyed, always in the hope of enduring further pain and perhaps having someone attempt to kill her. Frankie, a formerly promising student, is struggling at university, obviously depressed and seeking solace in her unlikely new friend.

It is self-evident that such emotionally complex characters require a great deal of finesse to be executed properly, and both Stephens and Piercy shine. The former – always solemn, quiet and unwilling to go out – personifies a depressed student amazingly convincingly, and the latter’s bubbly and devil-may-care aura is powerfully evocative of the underlying pain she is going through.

To top it off, the play isn’t overbearing in the way it handles its themes. It doesn’t knock one over the head with preachy morals, it doesn’t reinforce its politics with the subtlety of a brick. No: everything is subtle, clever, and just plain engaging. Soft Animals is a thoroughly enjoyable production throughout which demands to be seen by any serious theatre enthusiast.

Soft Animals is at Soho Theatre from 6th February until 2nd March 2019. For further information or to book visit the theatre’s website here. 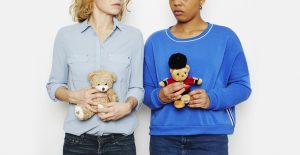