Feels at the Lyric Hammersmith 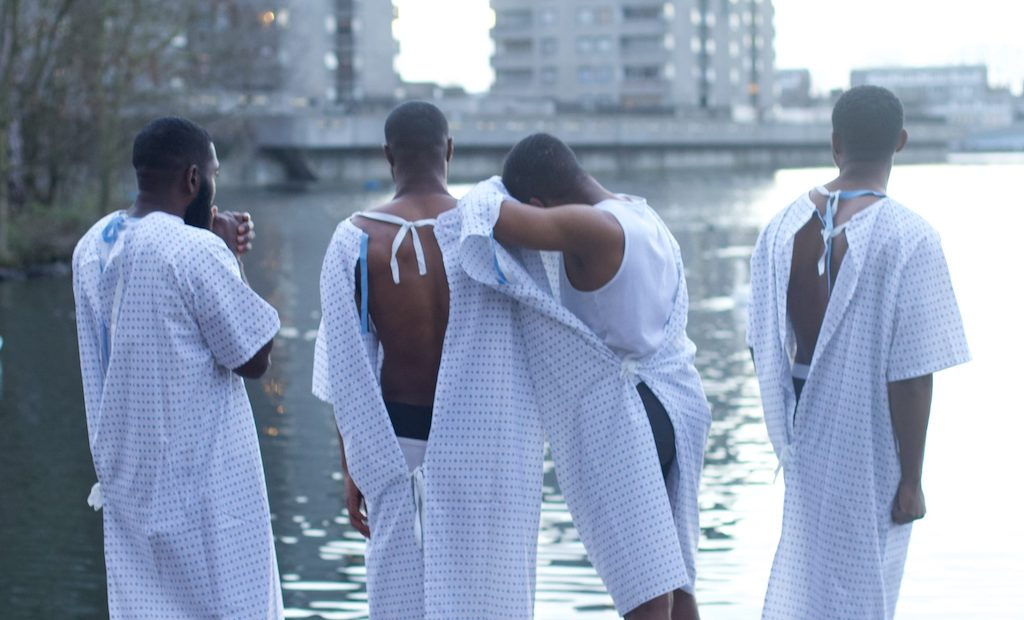 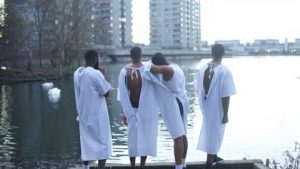 When theatre comes from the periphery it has the space in which to creatively explore the violent nature of the imagining and maintenance of the centre and periphery that is a product of colonial ambitions. Written and directed by TD Moyo, Evolution 2019: Feels dramatises the bond between a group of dashing young black men, which is not only interspatial but also interdisciplinary, as music and a fluid shifting between accents moves the audience across the continents, from London to Brooklyn and to a city in Nigeria. Simple iron frames of rectangular structures and an exceptionally talented cast form the foundation for the richness of imagination that makes Feels a funny, poignant and provocative play, which, in its participatory performance, brings to mind the success of Yoruba theatre as an educational tool.

While responding to a comment about the all-male cast, TD Moyo reminded us that an all-woman management team led the project, showing her capacity, even outside the stage, to break the dictates of imagined boundaries that serve only to divide. Under her direction, Feels not only manages to transcend boundaries but also forms bridges that gaze far beyond the “concrete dust” into the realms of dreams when “all we have are dreams”.

When one character (Martin O-Whyte) sees the flashing light of the street lamps, another (Deenie Davies) asks, “Why is the block so dark?” The leader of the group (Chiedu Agborh) ponders stoically, “Because the block is not where you come to live; it is where you go to die.” While it is fine to dream of the pot of money under the rainbow that someone somewhere told you about, it is only by turning to the ritualistic bond of the group that the men can hope for concrete and effective change.

Combining wit, melody and rap, while Bola Okun plays the drumbeats on the surface of the table, with comedy – especially in the changing characters played by Tolu Kingba, Davies and O-Whyte – this play-cum-musical is a highly enjoyable and reflective space for all ages. The entire family can laugh as they learn in this interactive space.

Feels is at the Lyric Hammersmith from 11th until 13th March 2019. For further information or to book visit the theatre’s website here.