Camden Fringe 2019: When It Happens at Tristan Bates Theatre 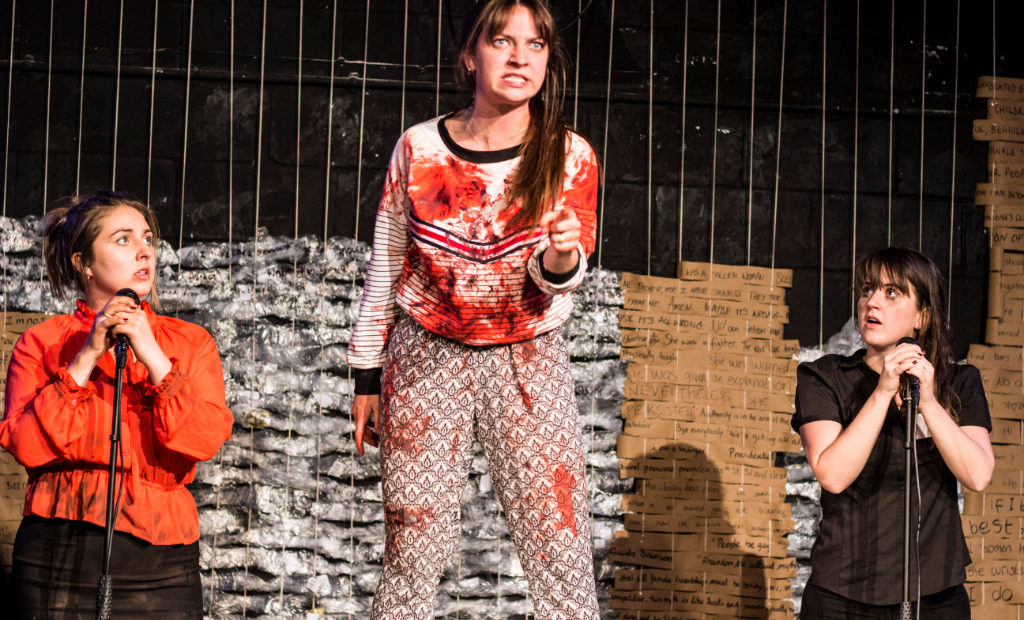 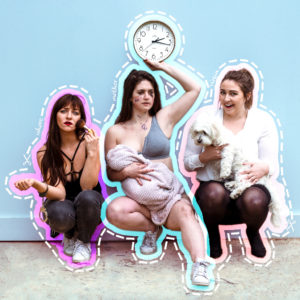 Three women. Three dilemmas. Three home truths. When Jenny (Rachel Causer), Beth (Roisin Bevan) and Freya (Niamh Watson) seek refuge in the isolated confines of a police station, none are aware as to what the future will hold – until they share their unique stories, breaking conventions and, as a result, laying their inner demons to rest.

Newly formed performance company Scatterjam Theatre joins the lineup of producers bringing their shows from page to stage at the Camden Fringe this summer, where they kick the evening off with When It Happens, a bold and bitter exploration of gender and role reversal. With an all-female cast, the piece sees its stars blend narrative techniques with mild beatboxing to produce rhythm and emphasise the social and political issues which matter to them most. With its intriguing choreography, which has the actors interpret myriad roles whilst stepping into each other’s psyche through vocal inflections, the show is an example of a tight ensemble piece, both synchronised and continuous.

There might not be many props or a lustrous set design around, but the performers make do with the space available to them in a commendable fashion to showcase the conceptual process that they as a company wish to take. The sequence in which Freya has her frightful breakdown is particularly well-crafted. Perplexed as to whether or not she has committed manslaughter, the character seems possessed, the frosty blue lighting and the unison of voices lent by Bevan and Causer creating a troublesome ambience.

In terms of its experimental nature, When It Happens succeeds in its ability to break the fourth wall and think outside the box. On the other hand, certain elements of the characterisation could have been enriched – predominantly that of Jenny and her interaction with a male colleague at work – in order to increase the stakes and create that much-needed dramatic tension leading up to the unanticipated finale.

When It Happens is at Tristan Bates Theatre from 30th July until 3rd August 2019. For further information or to book visit the theatre’s website here.