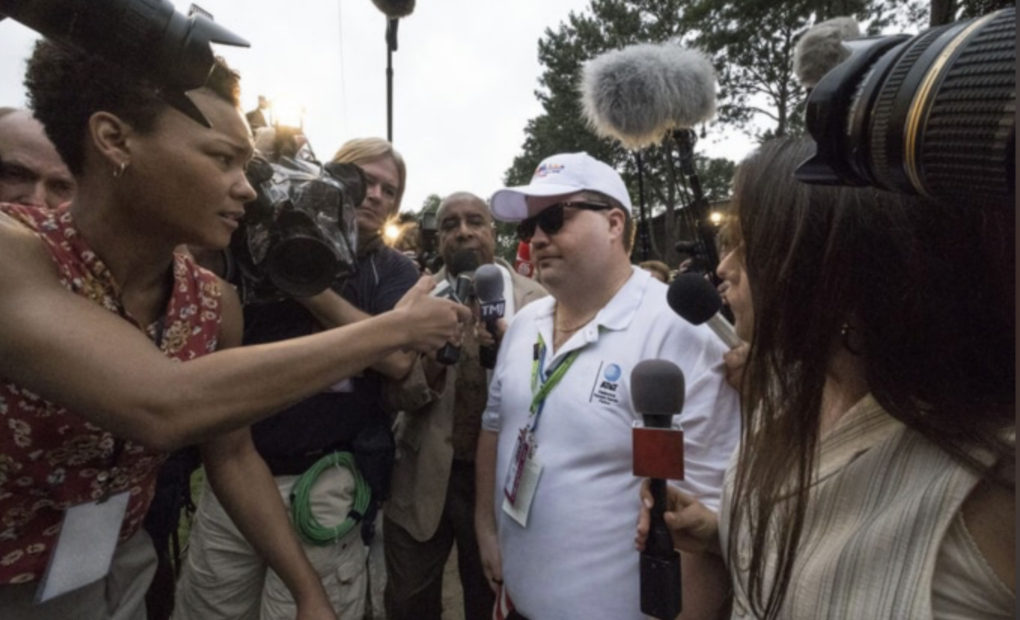 On 27th July 1996 in Atlanta, Georgia, a homemade pipe bomb exploded in Centennial Olympic Park, where celebrations were being held for the upcoming Olympic events in the city. 100 people were injured by the blast and two people died, but many more would have been hurt if it wasn’t for the bravery of Richard Jewell. The security guard spotted the backpack and helped evacuate the area, only to become a victim of America’s mass media and security service following the event.

In this Clint Eastwood-directed biopic, Richard Jewell is played by Paul Walter Hauser. Known predominantly for his role in I, Tonya, Hauser’s performance outshines all others in a convincing portrayal of a man dedicated to being the “good guy”, with moments of naïvety that would be endearing if they weren’t so clearly dangerous.

Chaos begins to descend on Jewell’s life as he is made a suspect; the “lone bomber” profile is used by the FBI to investigate him. His mother (Oscar-nominated Kathy Bates) is terrified but devoted and stands by her son’s side as his foul-mouthed lawyer, Watson Bryant (Sam Rockwell), fights to keep Jewell out of unlawful interrogation.

Being an Eastwood production, naturally the film is cinematographically excellent, Jewell’s flashbacks being particularly nightmarish. Each element of the production overlays another –  from background sound to colour – creating a hold over the audience that doesn’t release until the end. Even then, the final scene is a catharsis from the tension, allowing the viewer to finally take a breath.

Despite being fact-driven and accurate to the real events, there is a downside to this fantastic feat of storytelling: remembering that Eastwood has a penchant for Donald Trump’s politics. This viewpoint could skew Richard Jewell into being seen as a pillar of support for right-wing politics. After all, Jewell is criticised by the press and subject to secret service investigations – not unlike the president himself.