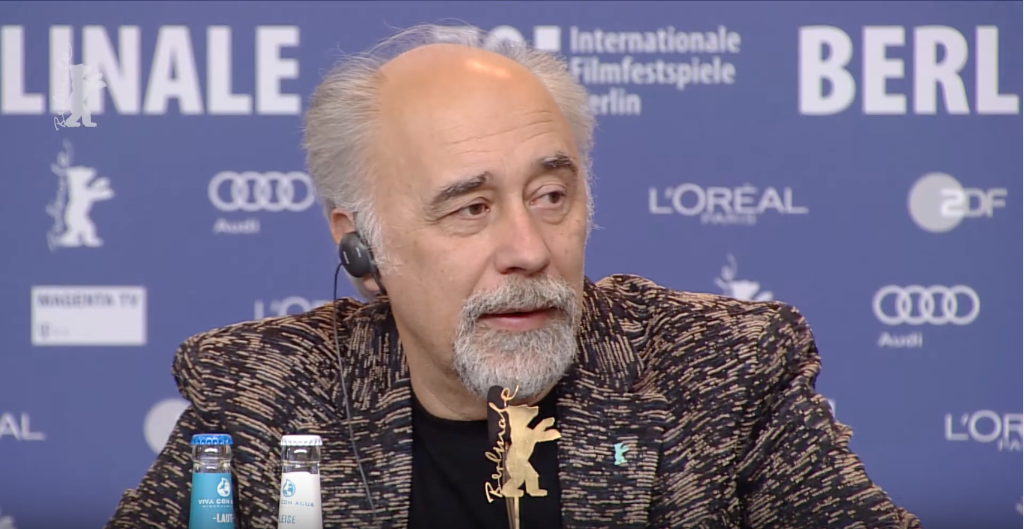 Many people might have been unaware of the art of Jean-Michel Basquiat until the 1996 film Basquiat. The annals of art history may have lacked much mention of Christy Brown until Daniel Day-Lewis bagged an Oscar for playing him in My Left Foot. An artist’s biopic doesn’t define them, and yet it should, well… paint a portrait. Director Giorgio Diritti’s Volevo nascondermi (Hidden Away) could bring a new, contemporary appreciation for its subject, the mid-20th-century Swiss-Italian painter Antonio Ligabue (1899-1965), but it does so with a great deal of inconsistency. Diritti, lead actor Elio Germano (as Antonio Ligabue) and the production team fielded questions from the press on the day of the film’s premiere in competition at the 70th Berlinale.

When talking about how he approached the prospect of bringing Ligabue’s story to life, Diritti said: “My interest in Ligabue actually came into being many years ago. He was quite remarkable and unique, and I had the feeling that this was something that, in a sense, could teach all of us something – all of humanity. He struggled throughout his entire life. He wanted to be recognised as a human being. But at the same time, he wanted this to be mediated through the prism of art. And he succeeded, because here we are, still talking about him.”

Germano, who was transformed into Ligabue via four hours of daily prosthetic makeup, spoke about the difficulty of researching a real-life figure when there isn’t a lot of information available. “There wasn’t much in the way of video recordings or anything. I mean, he wasn’t famous back then, and he didn’t make a lot of money, so he wasn’t focused on and there wasn’t that much interest in filming him. Only in the very late stages of his life was he filmed – there’s about ten or fifteen minutes of footage. You can find that on the internet if you really dig around. So that was certainly one major stage of inspiration. There are also photos, and some recordings of his voice as well, but above all we drew on what people who knew him told us. We all did a bit of research ourselves. We talked to the people who really knew him – the people who lived with him, who truly lived with him, because there was a process of appropriation which came into being. He was someone who was initially an outcast, but when his painting began to sell for very high prices, everyone said they knew him, everyone said they had lived with him. I was a bit like a journalist, picking out what was real and what was fake news.”

Hidden Away (Volevo nascondermi) does not have a UK release date yet.

Watch the highlights of the Hidden Away (Volevo nascondermi) press conference here:

Berlin Film Festival 2020: First Cow | Review
“I don’t like seeing myself in a movie”: An interview with The Intruder’s Cecilia Roth