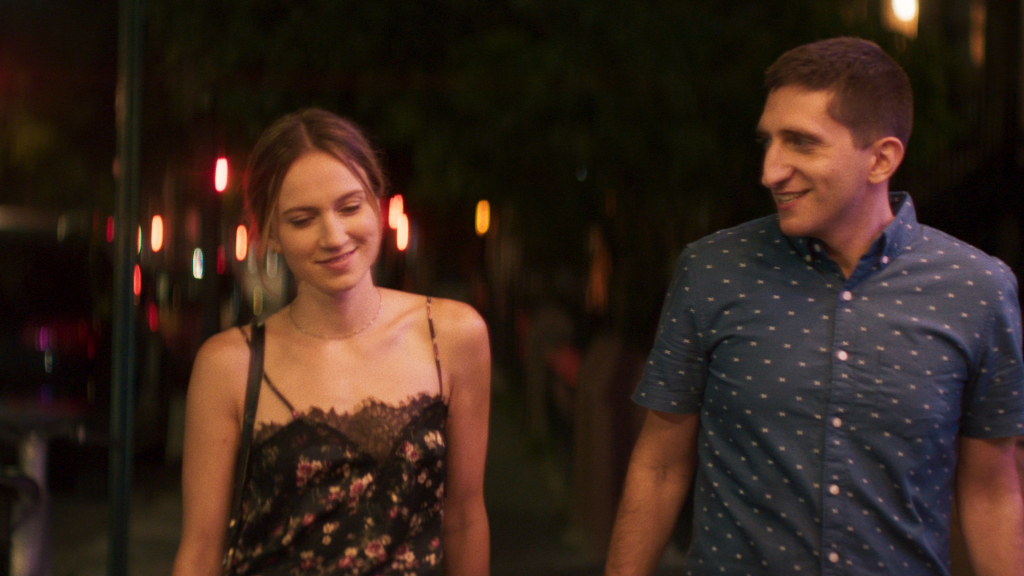 Inside the Rain | Movie review 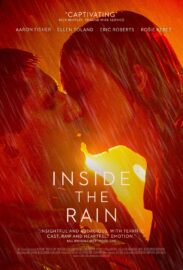 Aaron Fisher writes, directs, and stars in this romantic comedy-drama about Ben, a young man with ADHD, OCD, and borderline personality disorder. After starting at a new college, Ben attends a party and goes home with a girl. He tells her his various disorders make him “recklessly extravagant, like Odysseus”. She is persuaded, and they sleep together. However, she subsequently gives him the cold shoulder and he takes an overdose of pills – something he has apparently done countless times. A misunderstanding sees Ben categorised as a threat to himself and other students and asked to leave campus.

In order to clear things up, Ben decides to make a film of the incident to show his side of the story. His long-suffering parents and sharp-tongued psychiatrist both think this a terrible idea. Fortunately Ben meets Emma, a model and sex worker, at a strip club and she agrees to act in his film. Various ups and downs ensue and Ben struggles to raise the $5,500 funding he needs.

I’m tempted to say “an unlikely relationship blossoms” between Ben and Emma. This is apparently what is meant to happen. However, there is little blossoming: Ben simply pesters the aloof Emma until she sleeps with him. Their awkward dialogue and slightly arm’s-length encounters are what might be expected for such an odd couple, but their relationship still rings false. Emma remains one-dimensional throughout and her job is generally played for laughs. Her value never exceeds her looks. In an uncharacteristic moment of strong feeling, she asks Ben to take her seriously; to show how seriously he takes her, he tells a story about himself.

Although Inside the Rain is all about Ben, there are some solid supporting turns. His parents are sympathetic in their weary acceptance of Ben’s behaviour; Rosie Perez isn’t quite believable as a shrink, but she is an enjoyably fiery presence; Eric Roberts steals his scenes as an almost washed-up producer. The dialogue tends to the annoyingly cute and the atmosphere is borderline quirky, but it is just natural and likeable enough to keep things moving along nicely.

We of course reach the two predestined conclusions for any rom-com (neither quite earned by the preceding narrative), and an oddity we are left with is how little Ben’s severe mental problems have touched this otherwise by-the-numbers film. He seems to live a charmed life. Good for him. Good for us, too, that there is just enough charm in this at times indulgent, at times adolescent, but nonetheless engagingly spiky film to keep our attention, just like Ben’s, more or less on the task at hand.

Inside the Rain is released digitally on Amazon Prime Video on 24th April 2020.

Watch the trailer for Inside the Rain here: