Survival in the Square brings the plight of artists to Parliament 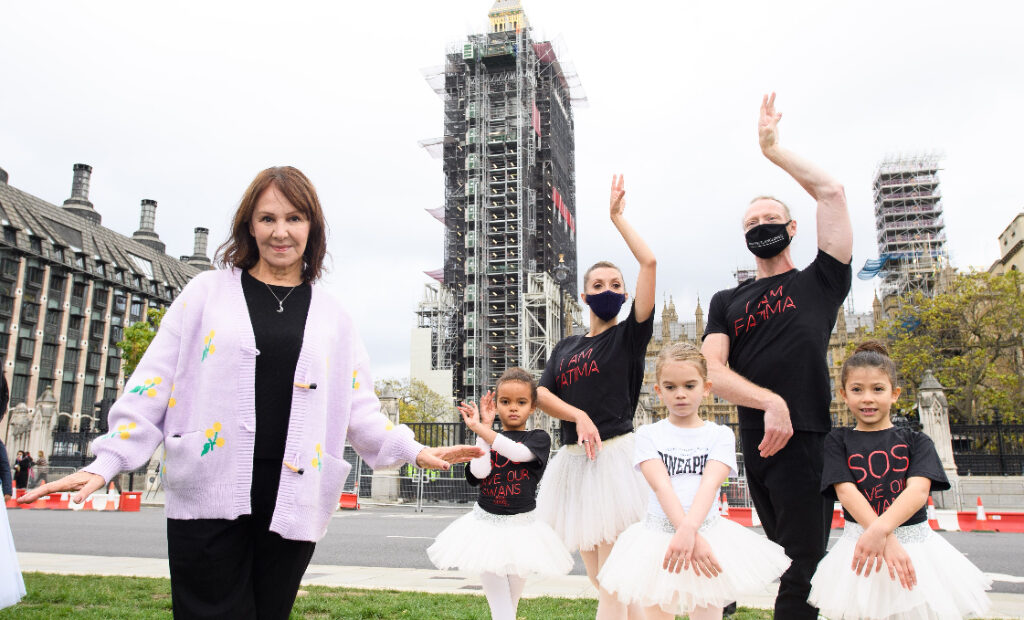 Survival in the Square brings the plight of artists to Parliament

The live entertainment sector suffered a major blow this year as all productions and venues came to a complete standstill. There are over one million performers and professionals working in the industry and, as the future still looks uncertain, they are in urgent need of solutions and support. The #WeMakeEvents campaign has been drawing attention to the plight of plight artists since the beginning of the pandemic. While the government did offer some financial help, many people had no access to these packages.

Survival in the Square is a form of protest and a cry for help that will see artists perform six socially-distanced pieces throughout the week in Parliament Square. Comedians, singers and actors will all make their voices heard, but on Monday it was a group of dancers that filled the square with their silent yet crystal-clear plea. The event was led by producer Gary White, Arlene Phillips and Pineapple Dance Studios founder Debbie Moore. It consisted of a brief choreography accompanied by a live orchestra, and 15 minutes of silence to draw attention to the void that can now be felt without the performing arts. The soundtrack, which plays for just over a minute, is Tchaikovsky’s infamous main theme from Swan Lake. 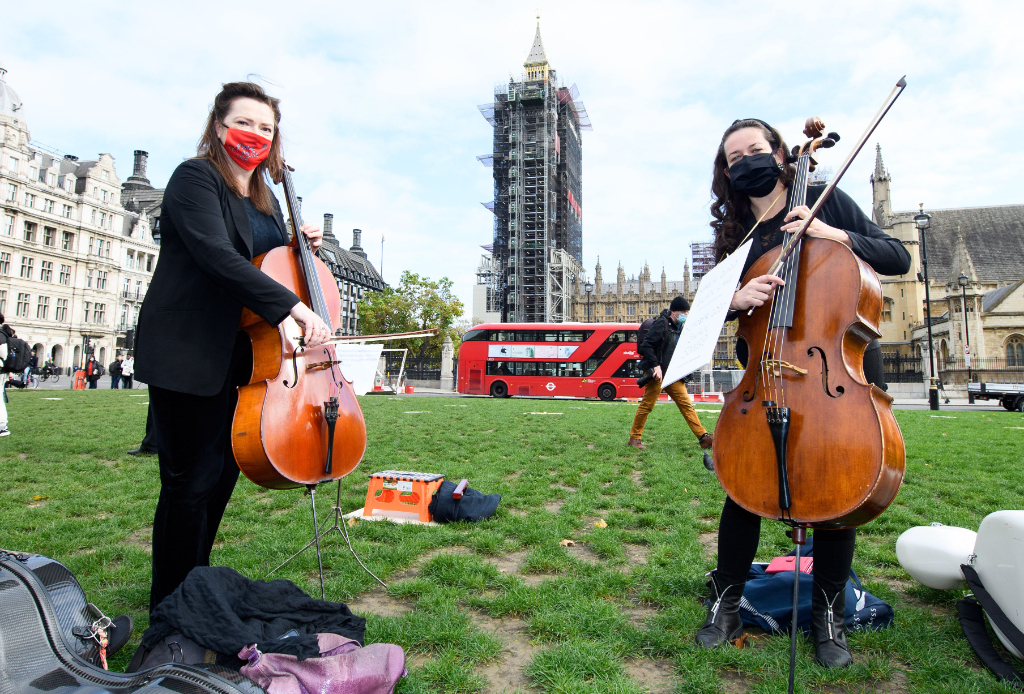 The piece was choreographed by Ruth Mair Howard-Jones, who told us why she feels that the message of this project is vital. “People don’t realise what an effect we have on the economy”, she explains, “because we fill the theatres, and we fill the dance classes, dance shoes are made because of us, tourists come to the West End because of us, and before the show they go and fill the restaurants. But without dance, there’s also a huge gap in mental health support. Dance is a moment of mental health support without you even realising it. The parliament, as you saw in the choreography, have turned their backs on us, and yet years ago they were promoting dance for mental health. But they are not taking into account the mental health of the dancers now”.

Ruth points out that freelancers in particular have been unjustly overlooked. “Dance companies have received some funding”, she says, “but that doesn’t trickle down to the freelancers. The freelance dance industry is massive and it’s global, and yet here there is no support and literally no recognition”. When asked about the controversial suggestion that performers should consider retraining for another job, she simply exclaims: “That is just utterly laughable, isn’t it?!”. She then adds: “Have the people suggesting it ever taken a dance class? Do they have any idea how much training it takes? It takes passion, commitment, dedication, enthusiasm and sacrifice to become a dancer. We train for hours and hours tirelessly to then give other people a glimmer of hope. We take people out of their normal lives and lead them on a journey in the theatre, or film or wherever there is dance, and we support the economy. Therefore, they should be supporting us. It’s an insult to propose retraining as a solution”. 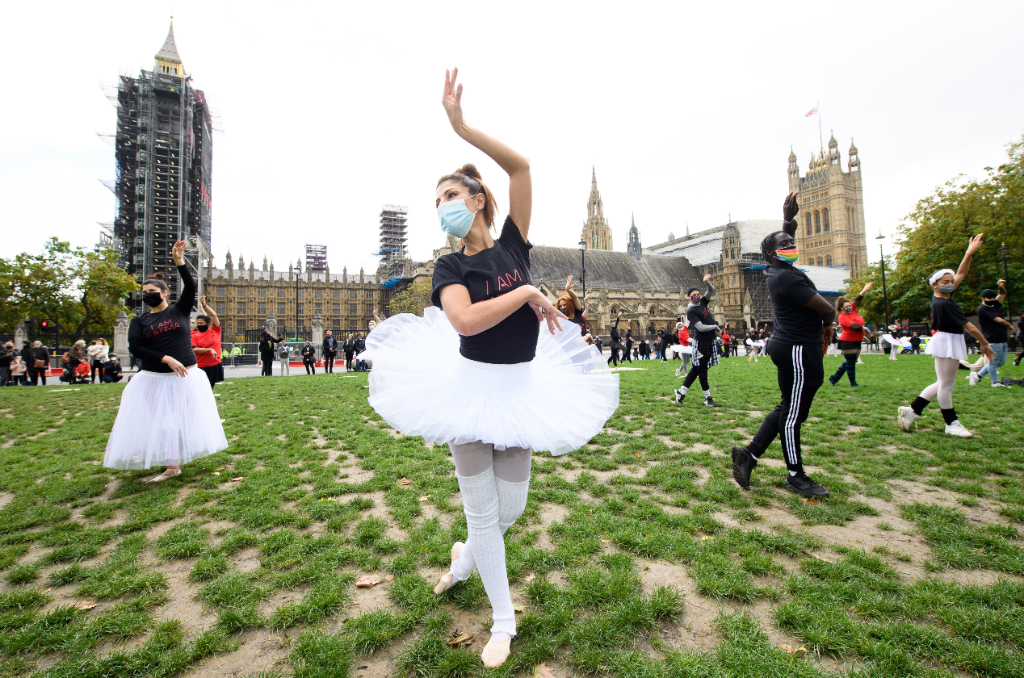 Dancer Casey Nokomis Pereira similarly voices her concern at the apparent lack of interest in the fate of the industry. “I don’t think the public realises that everything they do, everything they watch, everything they read, links back to the arts”, she says. “That Netflix series you watch was designed by artist, those actors are artists, the lighting designers are artists. People just take it for granted, they just don’t pay attention. They think the arts industry is just an extra, but it’s not an extra, it’s really the core of culture, especially in the UK”.

Casey had an exciting year to look forward to, but she is now in limbo, indefinitely. “I’m a freelance ballerina and I had a few contracts lined up this year, really big performances, two of them at the Royal Alert Hall. This pandemic meant cancellations and no re-bookings in sight, and it’s just left me with nothing. As a self-employed artist, I don’t even have something to fall back on that’s going to maintain my income and my livelihood, so that’s taking a big toll on me. Emotionally, I feel depleted. I think, why do I even go to the gym? Why do I rehearse? Why do I try when there is no performance in sight? It’s really heartbreaking in that sense. But the hope is there, I haven’t lost hope. I know that the arts are going to come back and I feel that we’re getting a voice”.

Another performer on the day, 12-year-old Scarlett, is also feeling the repercussions of having no dance activities to attend. “I’ve been dancing since I was three. I was doing lots of classes and shows and auditions. It’s just such a shame that it’s all finished. I really miss it. I do ballet classes online now, I practise by myself, and I watch performances online because it’s nice to watch people on stage. I look forward to going back to dancing, and I hope that what we’ve done today helps to get everyone back in the theatres”.

“The swans are dying!” Ruth concludes, “I chose the Swan Lake for a reason. For me a swan is the absolute image of a ballerina. Strong and beautiful but also weak and vulnerable”. Dancers, choreographers and many other performing arts professionals are at their most vulnerable now, and since society benefits so much from their contribution, it is the time to show support. #WeMakeEvents hopes to raise awareness of their struggle, and invites people to consider that this is not just the performers’ fight, but a case of everyone defending a precious and irreplaceable part of culture.

Survival in the Square is taking place in Parliament Square from 26th to 31st October 2020. For further information visit the website here.

Watch the video for day one of Survival in the Square here:

★★★★★
Jasper Watkins
Read More
Scroll for more
Tap
The Secret Garden: An interview with cast members Dixie Egerickx and Isis Davis
“We need art to both live and give our lives reason”: An interview with Little Wars director Hannah Chissick