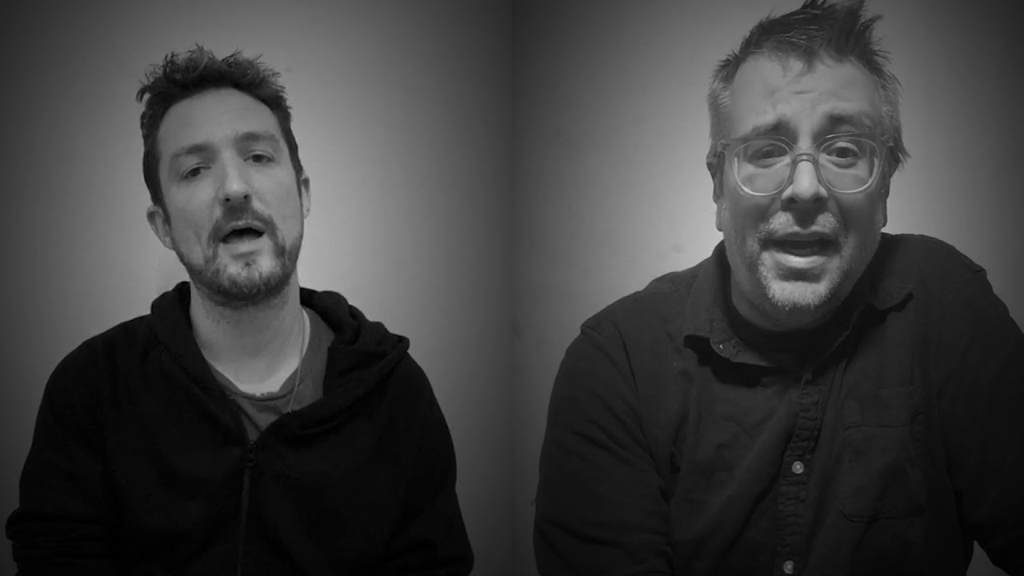 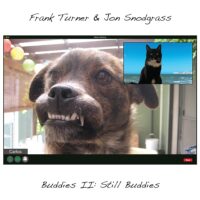 Ten years ago Frank Turner and Jon Snodgrass released Buddies – a single day’s collaboration that became a cult hit amongst the duo’s more dedicated fans. Today they reprise this dynamic with Still Buddies.

A lot has happened in the intervening decade. Turner has performed 1,529 live gigs and released four studio albums, while Snodgrass has dropped three records as a solo artist and with bands like Scorpios and Drag the River. They’ve grown in the way that punks do – older but not up. The latter now has kids and the former is the parent of a darling black-and-white cat (see the cover art).

To classify Buddies II as a traditional record would be a mistake. Like its precursor, it’s more a talk show than an album. But if the original was at times self-indulgent in its storytelling, this release seeks to explore wider themes: the connective tissue that binds people together while physically separated. It’s a half-hour of banter from two people an ocean apart yet still close, interspersed with songs – three of which are gems.

On Retractions – a rollicking summary of factual inaccuracies from their first collaboration – Turner sings: “If you try to write a record in less than a day with a handle of whisky you’re gonna make some mistakes.” What starts off sounding like a radio jingle, catchy but colourless, evolves into a metred list of amendments that will no doubt set hardcore fans scouring Buddies II to find and flag mistakes – perhaps for inclusion in Buddies III: Buddies at Sea (due out in 2030).

Bad Times Good Vibes is the work’s heartbeat – a mix of angst and resignation that echoes our collective hopes and defeats from 2020, a mostly wasted year. “Said I’d write a novel but in truth, I probably won’t”, Turner cries in classic alternative rancour before the track dissolves into Todd Beene’s pedal steel and a lethargic verse from Snodgrass about how there’s nothing good on TV. When punk rockers lament such everyday boredoms you know it’s been a strange year.

Exploring humanity’s unveiled fragility, The Fleas elevates the ten-track record by lamenting our fallen stance on this planet: “Here we are finally on our knees, waiting for the world to shake us off like a bad case of the fleas”. Fleas – inspired by a line from George Carlin – is delivered with an authenticity that sets it apart from the rest of the overall tongue-in-cheek spirit.

This pandemic has pushed our mortality to the forefront of collective consciousness and made us re-evaluate priorities. As the pair sings “things can be replaced”, they emphasise how it’s human connections – family, partners and buddies – that matter. Buddies II isn’t setting out to reach new lyrical or musical heights. Instead, it affirms the importance of friendship and rocking out. Those who are already fans of Turner and Snodgrass will probably love it. If not, at the very least it’s an entertaining and at times touching half-hour break from the monotony of lockdown.

Buddies II: Still Buddies is released on 13th November 2020. For further information or to order the album visit its website here.