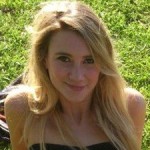 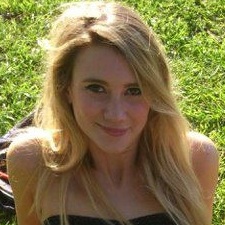 BT is on the cusp of changing the way we watch sport on television. On 1st August 2013, it will launch never-seen-before channels documenting live sport and analysis. Sky Sports is about to be rocked by this change in the broadcasting landscape, but BT is not setting out to mirror its predecessor, it is here to show us something completely new. Their channels will open up the world of Premier League football, rugby, tennis and many more (especially with its takeover of ESPN Europe). The launch party, a week in advance of the grand opening, is naturally held at the birthplace of BT Sport: the Olympic stadium. The word “legacy” is bandied about with enthusiasm and rightly so. Instead of letting the Queen Elizabeth Park languish in its former glory, BT is dedicated to providing top of the range services and a plethora of jobs in London’s East End.

Two key players step forth: Clare Balding and Jake Humphrey make moving speeches that show their dedication to the cause. Humphrey proclaims ardently: “We would not be here without the Olympics” and describes their vision as “fun, approachable and enjoyable – long live BT Sport!” Balding is certainly reaping vast benefits, landing her own programme The Clare Balding Show, which will feature three sofa-based guests. Balding is full of praise for women involved in sport (“women basically ruled” the 2012 Olympics) and she describes BT Sports channels as more of an organic “being” rather than a mere television production.

There is also a strong emphasis on the brand’s technological advances and a tour around the studios is certainly an eye-opening experience for sports lovers and newcomers alike. Coined as the biggest LED-lit studio in Europe, there is much to explore. The former International Broadcast Centre with its three studios allows flexible space for expansion, while one of the most impressive features is the electronic pitch that can be mutated into any sporting landscape. BT Sport will also immerse itself in social media, specifically Twitter, as tweets can be geolocated to stadiums with emphasis placed on the viewer.

BT Sport is available to Infinity customers, subscribers, online and to mobile app users. Judging by the success of the night, which also featured a stunning performance from Jessie Ware, as well as a host of sports personalities, it seems that BT is about to challenge the powers that be in British sports broadcasting.