No Fire Zone: A Q&A with director Callum Macrae 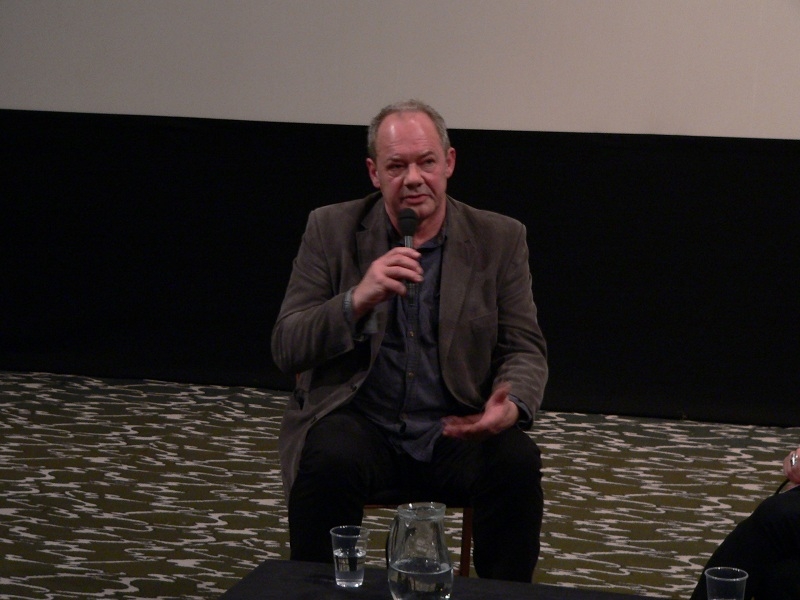 No Fire Zone: A Q&A with director Callum Macrae

No Fire Zone is a chilling portrayal of the final months of the 26 year long Sri Lankan civil war. The documentary follows the last 138 terrible days of this conflict and shows the systematic targeting of civilians in so-called “no fire zones” by the Sri Lankan government.

As the last event of the Between the Lines festival, The Upcoming attended a Q&A with director Callum Macrae, chaired by Jenny Horwell of DocHouse. What do you think of the huge difference between the Sri Lankan government accounts of what has happened and what we have seen?

First it’s important to mention that that government is not just in power, but in 10 days’ time David Cameron, William Hague and Prince Charles will shake Mahinda Rajapaksa’s hand at the Commonwealth Heads of Government meeting.

The Sri Lankan government says that everything you have seen is manufactured and fake. Everywhere we tried to show this film, the government has tried to stop it: at the UN, at the EU, in Malaysia – where three organisers of the screening were arrested – in Katmandu.

You spent years compiling this evidence. What is your hope for the film?

In the film there is evidence we hope will one day be a very important part of the presence of justice. We believe that without justice we can’t have peace and reconciliation, and to get justice we need the truth. In essence, we hope that this film will be a part of finding this truth.

What can we do as individuals?

In my opinion, the very first thing everybody should do if you are around Twitter is to tweet at the PM and William Hague and say: “Ok, you’re going to Sri Lanka – but when you are there make sure you raise these issues. Don’t let this pass”. That needs to be reinforced. In terms of things like a campaign to boycott Sri Lanka, I tend not to get too involved suggesting to people the best things to do because I think my job is to tell the truth about what happened. There are arguments for and against the boycott, and people have to think what the best way to proceed is.

In the documentary there is a lot of material and footage. Why we didn’t see this as it was happening?

I think that’s a question that we have to ask ourselves very seriously. Channel 4 was leading the way in trying to get the stories out. Tamils were screaming about it! They were in front of the Houses of Parliament screaming and shouting about it, but nobody was listening. The Sri Lankan government said it was Tamil propaganda and nobody went beyond that. I think that’s a lesson for the future. Have you had any difficulties visiting Sri Lanka?

I’m actually going to the Commonwealth Heads of Government meeting and the response has been all kinds of online threats like: “Come to Sri Lanka and you’ll leave on a coffin. Come and we’ll have a white van waiting for you,” [white vans are used in the abduction of government critics and associated with extra-judicial killings and disappearances] or “Come and we will take you to meet Lasantha [Lasantha Wikremasinghe was the editor and founder of a newspaper critical of the Rajapaksa regime and was killed by unknown assassins in 2009].

There is a state of complete paranoia and fear about any criticism. The government said I was paid $5 million by the Tamils for making this film, and in the film I accuse the Tamils of committing war crimes – so I am regarded as the devil incarnate.

Are you scared by these threats?

I’m sure the Sri Lankan government doesn’t want anything to happen to us. The reality is that it will be very difficult to do my job because the danger is not to me but to the people who speak to me.

Is there anything the UN can do about the situation?

It is complex and difficult. The immediate and obvious forum where these crimes would be discussed is an International Justice Court, and any attempt by the security council to do that would be vetoed by Russia and China. So it’s not a realistic proposition.

The next serious discussion at the UN will be in March in Geneva, and I very much hope there will be a resolution at that meeting that will specifically call for a an independent international enquiry. That would be the first stage in the process of bringing these criminals to justice. Meanwhile, in Sri Lanka things are getting worse.

For information about screenings of No Fire Zone visit here.

Watch the trailer for No Fire Zone here: