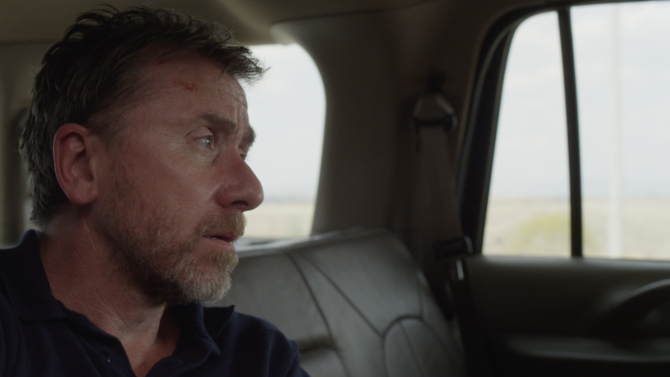 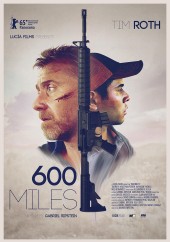 A federal agent investigating drug cartels gets caught on the wrong side of the border. This subtle plot revelation was the only thing taken into the first screening of 600 Miles, featuring in the prestigious panorama section of this year’s Berlinale. With the pairing of first-time director Gabriel Ripstein (son of famed Mexican auteur Arturo Ripstein) and acclaimed method actor Tim Roth, expectations were running high. From the beginning of this film, similarities can be drawn with the acclaimed TV series Breaking Bad, a tale of wannabe criminals naively crossing boundaries not suited to them; the desolate and hopeless backdrop of south western America helps to support this claim.

Arnulfo Rubio is a young Mexican who works with another unruly teen barely older than himself to smuggle weapons from Arizona to Mexico for a drug cartel. We follow him buying weapons, crossing borders and during his almost familial encounters with middle-men and clients. What Arnulfo does not know is that for some time he has been under surveillance by agent Hank Harris (Tim Roth).

Roth keeps it real as the lonesome lawman Harris with little left to fight for. It’s a turn that recalls the cagey gunmen he played two decades ago in Reservoir Dogs and Little Odessa, though this time he seems too wise and weary to get shot at.

It’s gratifying watching Harris and Rubio, two men from wildly different backgrounds, tentatively warm to each other in what becomes an intense road movie of sorts. Alain Marcoen haunts the characters with his camera, bringing this realistic, low-key thriller to life.

Ripstein’s vision is clear in this film: a cleverly constructed narrative helps the audience empathise with both main characters, though the piece lacks enough big on-screen moments. A steady thriller with a boldly realistic plot, you just won’t be on the edge of your seat.

600 miles does not yet have a UK release date.