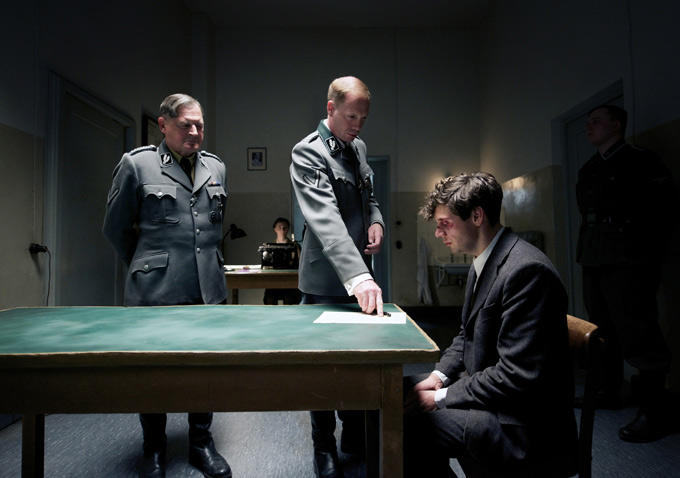 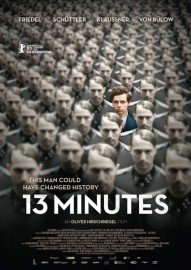 There is such an abundance of World War II dramas that it is sometimes easy to overlook them, as many of them eventually blur in together, unable to find that one distinctive feature that makes them unique and unforgettable. This is why 13 Minutes comes as a nice surprise, offering an intriguing story wrapped up in beautiful storytelling.

Directed by Oliver Hirschbiegel, 13 Minutes is a German drama about an unlikely hero. Georg Elser – brilliantly portrayed by Christian Friedel – loves his music and his women, living a care-free life enjoying both of those great passions. A nonconformist by nature, he tends to steer clear of any political agenda. So, while the rest of Germany falls under the spell of one particularly charismatic Führer, he is busy falling in love with unhappily married woman Elsa, played by the beautiful Katharina Schuttler. However, every man has his turning point, and after Georg witnesses how rapidly the whole German society is changing, he decides that it is people like him who have to act. In 1939, Elser becomes one of the greatest heroes of the resistance when he tries to assassinate Hitler.

Based on the true story of the World War II German hero, 13 Minutes is a beautifully-shot biographical drama. Starting off with the assassination attempt, the film goes on following the long interrogation process. The heavy, gory images, however, are interrupted by jumps back to Elser’s younger years, dancing and drinking carelessly with his friends. The grey, cold cell and interrogation rooms are quickly changed for the warm sun, lighting up the soft green German countryside: a lighter, warmer time both literally and metaphorically speaking. These time jumps serve to showcase what exactly made Elser act, and tell the full story of a man who had one of the best shots at cutting the war short.

13 Minutes is a good film whose clever storytelling and beautiful directing make it well worth a watch, also boasting a very talented all-German cast. However, the story itself makes this one a must-see, both compelling and funny, and ending up being very humane. After all, even heroes had their funny, awkward pickup techniques, although the audience does not get to see them all that often at the movies.

Watch the trailer for 13 Minutes here: