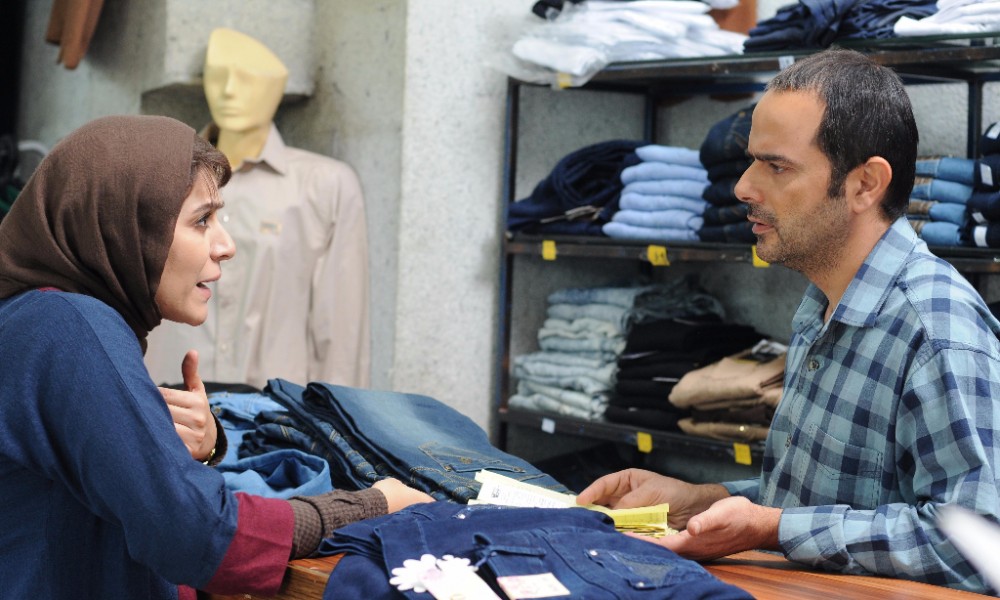 As Thierry Frémaux said at the first official screening of Varoonegi, the festival received many remarkable Iranian entries this year, confirming the quality of the country’s film industry. With Forushande (The Salesman) by Oscar winner Ashgar Farhadi competing in the Official Selection and Behnam Behzadi’s Varoonegi in Un Certain Regard, the Iranian presence is worthy of attention.

Behzadi’s film is a lucid depiction of life in modern-day Teheran and the underlying rules of Iranian society. Single woman and owner of her own business, Niloofar (Sahar Dowlatashahi) is seen by her siblings as the only family member free to abandon everything and leave Teheran to take care of their sickly mother in the North. An exception in the family, her autonomy is mistaken for availability and her lack of a husband or children as absence of any ties to the city. Niloofar thinks back on the many years her brother and sister have counted on her, and rightfully decides to defend her own life and what she has built, declining to follow decisions always taken without consulting her.

A portrait of Iranian society, Varoonegi probes an issue regarding women and what expectations the community has of them, while being an essentially plot-focused story. With this family drama revolving tightly around the main characters, Behzadi stays very close to a specific case – Niloofar’s. If the intention was to present an example of a diffused reality, the picture risks missing it, staying consistently family-centred. Teheran itself barely gets a mention – or a glimpse – if not to insist on its maddening pollution.

Varoonegi is non-feminist without being anti-feminist: it appears to show a (non-feminist) truth (the opposition between family duty and personal ambitions) without defending it. Obedience and family feuds are shown as part of the struggle against which the main character tries to rebel, but ultimately the solution does not take a step towards overcoming the confrontation.

Visually recalling a series of other Teheran-set movies, Varoonegi is a realistic film, relatively mild and somewhat compliant in its provocation, that doesn’t try to tell a revolutionary story, but one of an ordinary Iranian woman.

Varoonegi does not yet have a UK release date.

Watch the trailer for Varoonegi here: