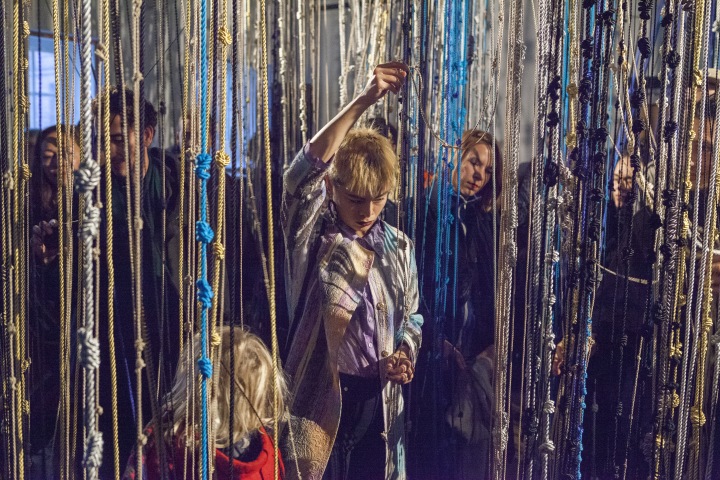 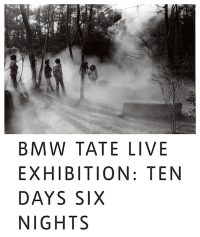 Free except for some performances

The Tate has fully embraced the unique opportunities the subterranean concrete tanks beneath their traditional white-washed walled galleries offer. Here, art is to be experienced, with an emphasis on the sounds, smells, lighting; different visual channels of static pieces, film and performance; and the live audience central to the art coming into being. Also key to the approach is collaboration, with each of the artworks functioning standalone but also to be taken as adjacent, overlapping, interacting and juxtaposing one another. By also exploring modern technological methods as well as drawing on works that stretch back decades, live art is both a concept at the heart of contemporary cultural as well as one that can be contextualised in a long history.

The collaborating artists are truly international and multigenerational, including pioneering Fujiko Nakaya from Japan, who has created a wonderfully immersive and reactive fog sculpture that billows out over the back porch of Tate’s new Switch House building. Originally a painter, Nakaya was later swept up in the counter cultural movements of 1960s New York, where she developed her system of high-pressure nozzles to allow her to sculpt fog, using technology to both control and unleash nature in the unpredictable and often disorienting pieces she creates within gallery contexts.

Cutting-edge Isabel Lewis from the Dominican Republic, frustrated by the confines of traditional theatre spaces, combines music, food and scent with dance performance. She will “host” (playing on the gendered stereotype of the role) Occasions which push the “hard edge” of conventional performance, inviting an audience to participate in a multisensory experience and using her DJ skills to compose live with music and spoken word, feeding off the energy of the crowd. CAMP studio, founded in Mumbai, will be showing a selection of images and projections such as CCTV Social: Capital Circus that ultimately seek to question how technology can connect but also control people while Wu Tsang and Fred Moten’s Gravitational Feel present strands of knotted rope that move and swing in reaction to the bodies that move between them. Over the six nights artists such as Italian Lorenzo Senni will reinvent the industrial space (and ravers dream) of the South Tank with live DJ sets that subvert and deconstruct the typical euphoric trance music through that has develop through rave culture.

Speaking with curator Isabella Maidment, she explained how the the variety of performances and events are pushing the boundaries of what an exhibition can be and could be considered at the forefront of new concepts of live art: “This is a really exciting new model for us because it’s an exhibition that unfolds not just in space but over time. It’s very much conceived as a reflection of the way in which arts practice has evolved. What’s incredible is having this space that has capacity for all these artists to coexist: we have intergenerational mix with pioneering artists such as Nakaya as well as new generation Isabel Lewis and Lorenzo Senni, and mix of media, with installation, dance, music and film engaging with audiences in a new way, with a focus on the ‘host’ environment. We are inviting visitors to engage in something much more community-like and celebratory than traditional exhibitions.”

An exciting, challenging and innovative approach, blurring the distinction between performance and art, this exhibition raises questions about how we view the role of a museum space and alternative art in a modern, digitised world more broadly.

Ten Days Six Nights is at Tate Modern from 24th March until 2nd April 2017. For further information including the full programme of events visit here.

Free except for some performances