Home Truths at the Bunker 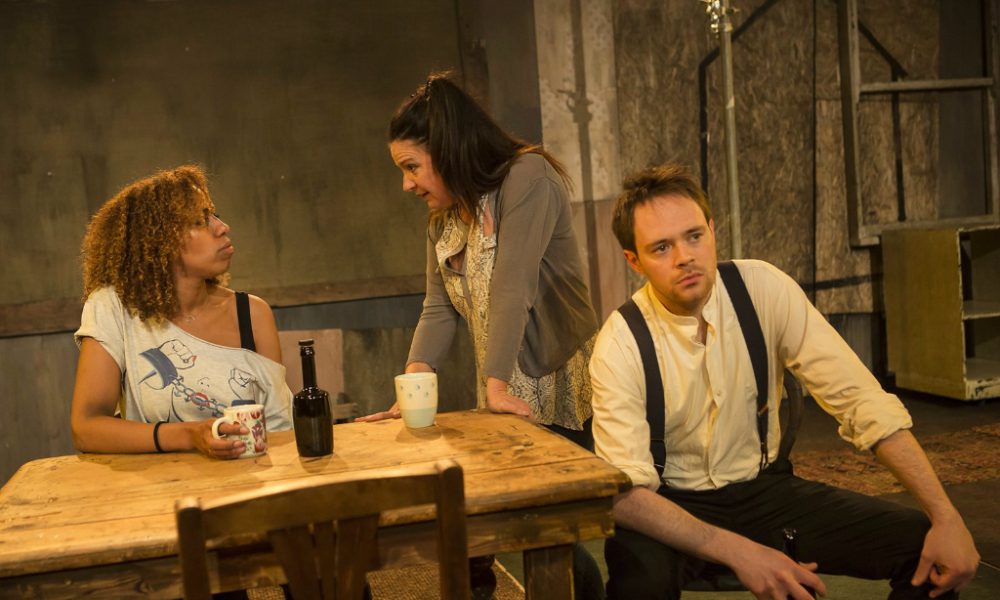 After the sell-out tour of their previous show Cathy, Cardboard Citizens are back with a bang as the new residents at the Bunker in Southwark. Presenting their new piece titled Home Truths, the company have delved into an all-new playful exploration of housing from the slums of Victorian London to the madness of the city today.

Home Truths is performed through nine short plays over three days of cycles. Each day consists of three shorts all written by UK writers, and focuses on need, greed and winners and losers of the property market. The second cycle sees the performance of Lin Coghlan’s The Table, Put in the Schwarzes and De-Stat It by Nessah Muthy, and Anders Lustgarten’s The House With the Yellow Door. Each piece carries a poignant message, not only about how many London residents struggled to make ends meet in the past, but also how the difficulties that buyers face today have extreme similarities. With settings in different time periods, each play uses a varying amount of stage space and set. Lin Coghlan’s work needs no more than a table and a few chairs, whereas the set of Put in the Schwarzes and De-Stat It requires a far greater use of the space available, due to its presentation of small rooms in an apartment building. Cardboard Citizens have brought the audience into the production, making the fact that the actors on stage are performing two separate sets of dialogue in two different time periods unique and successfully digestible.

Although coined an immersive show, the physical interaction with the audience is subtle, not detracting from what is being portrayed. This is helped by the breaking of the fourth wall occurring in between stories, and theatregoers are relieved from the heavy yet meaningful content of each piece through the use of multimedia images playing on screens, and through the comedic impersonations of political figures; these humorous interjections create an impact without nullifying the real message being conveyed.

Overall, it’s is a very enjoyable two-and-a-half hours of theatre. With three cycles occurring concurrently and nine narratives being exhibited, specific commendation must go to the Cardboard Citizens cast, who have put their hearts and souls into the project, and have also contributed their own personal experiences to elevate the honesty, accuracy and relatable elements of the plays.

Home Truths is at the Bunker from the 17th April until 13th May 2017, for further information or to book visit here.