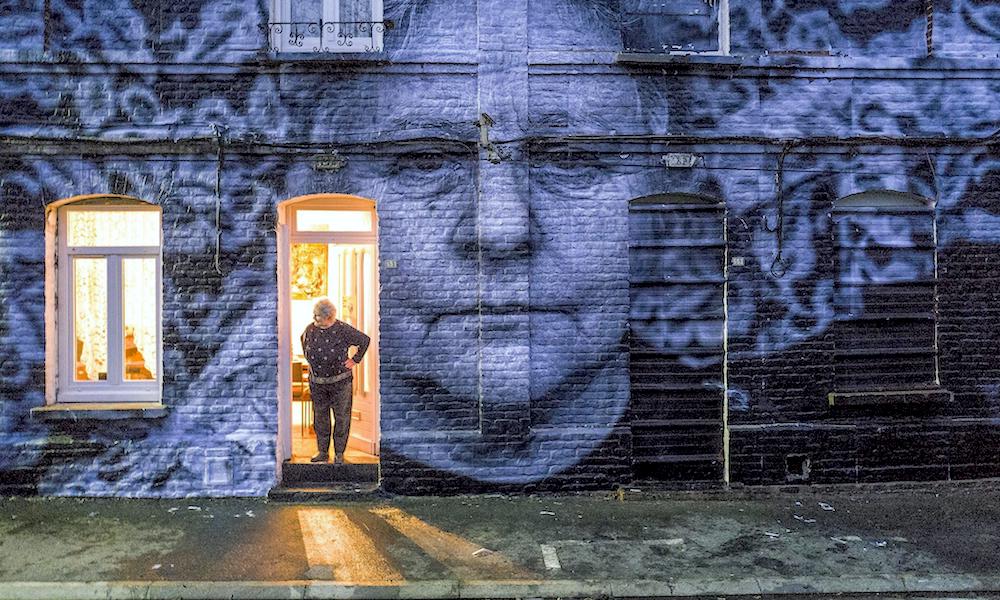 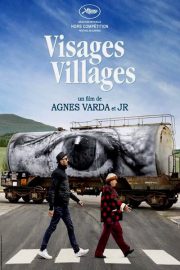 Two generations of artist collaborate to startling effect in this amusing and heartening documentary. Screening out of competition, Visages Villages puts together legendary photographer and director Agnès Varda, now an octogenarian with dip-dyed hair, and young contemporary photographer JR, a permanently hatted, wildly popular graffiti artist with more than a million followers on Instagram. The culture clash is played out in bickering exchanges, but the film is acute in showing their shared professionalism and aesthetic values.

They embark on a quasi-spontaneous road trip in JR’s hideous van, adorned with a large camera on the side, erecting and pasting super-enlarged photographs onto buildings in villages across France. Their subjects are always people, and both stress the importance of the working class to their work. Ex-miners, farmers and dockworkers’ wives are among those who receive the treatment. One early scene is particularly affecting. JR and Agnès paste the image of a miner’s wife onto the front of her home. She is the last resident in a dilapidated residential block. The reaction is that of an unassuming woman, now confronted with her stoic, upright portrait. She doesn’t know what to say. There is no need to fill the silence. The picture is her life and dignity, and her modest appreciation is undeniably powerful. The film remains unashamed of romanticising local tradesmen and celebrating French industry, but the politics are generally left to simmer (despite a wild tangent on goat horns). Agnès’s reflections on her past are the strongest moments. The mirroring of JR and her erstwhile muse Jean-Luc Godard is approached head-on. Both men have used trademark dark sunglasses to variously protect their identity, add to their enigma and distance themselves from public gaze. The penultimate scenes are brutal and upsetting: the pair travels to see Godard who then disappoints, elevating the film’s rumination on art and perspective to that of history and memory.

Some moments are staged quite unnecessarily, a jarring component alongside the more natural interactions with the grand, evolving cast of villagers, and JR’s manner just falls down on the right side of smug. But the comic interplay between the unlikely pair is usefully placed at the fore, and JR’s final artistic and personal ode to Agnès, whose failing sight is barely preserved by wince-inducing injections, is poignant and worthy.

Visages Villages (Faces Places) does not have a UK release date yet.