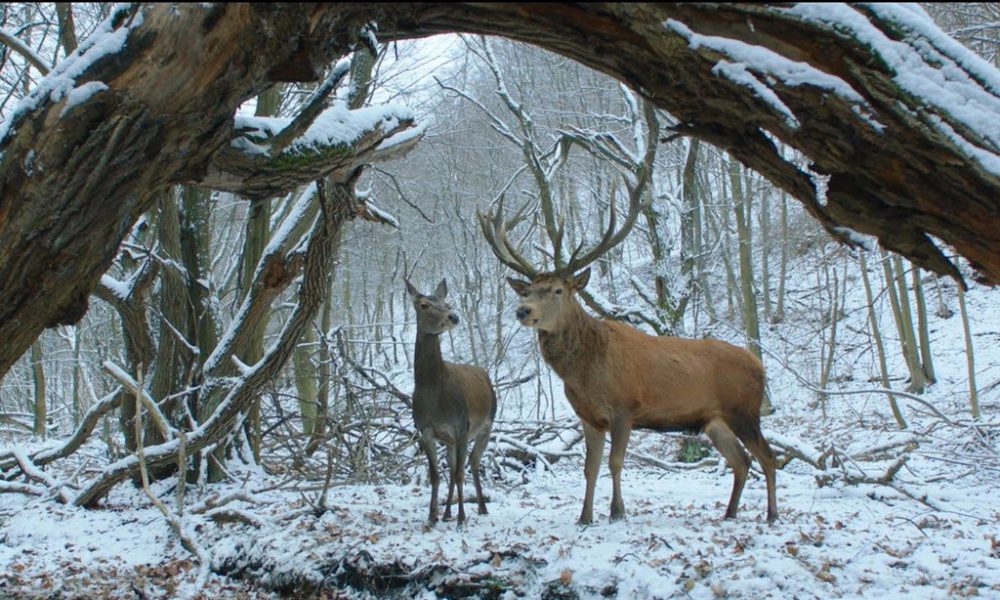 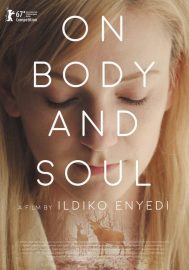 The 18-year-long wait for Hungarian writer-director Ildikó Enyedi’s return to feature films was well worth it. Her debut Az én XX Századom (My Twentieth Century) made a lasting impression at Cannes in 1989, winning the Golden Camera, and she’s still got it. The tender opening sequence of the exquisite Testről és lélekről (On Body and Soul) reveals a doe and stag roaming around a pristine wintry forest. This series of dreams is shared by two loners who work at the same slaughterhouse, financial director Endre (Géza Morcsányi) and new quality inspector Mária (Alexandra Borbély). They both have disabilities that they use to keep people at a distance, Endre’s physical and Mária’s emotional. The mating routines of humans, cows and deer are at centre stage.

The gorgeous cinematography by Mate Herbai is flawless, especially when switching back and forth between the night shots of the protagonists getting ready for bed and the bright snow-covered dream landscapes. Reflections and direct shots into windows is a reoccurring motif that adds to the duality found in nature. First appearances and impressions are not as trustworthy as one might expect. The bright red colour seeping from the slaughtered cows at the start of the film stands out among the muted colours found elsewhere, but that slowly changes, first with Mária’s red cell phone.

Subtle and mysterious single notes composed by Adam Balazs accent the score and heighten the solitary nature of the characters’ lives. The unobtrusive and selective musical accompaniment keeps the dialogue in focus and often lets the images speak for themselves. English folksinger Laura Marling’s What He Wrote is hypnotising not just for Mária but for anyone watching the movie, especially in one specific dismal bathroom scene. In a strange way On Body and Soul recalls the awkward pairing of the main couple in Paul Thomas Anderson’s Punch-Drunk Love, although this time it’s subtler and feels more realistic regardless of the mystical elements.

It comes as no surprise that On Body and Soul took home the coveted Golden Bear at the Berlinale Film Festival this year. Here’s to the future worldwide success of Enyedi’s masterpiece, and hopefully not just in arthouse cinemas. Perhaps this will motivate the director to make feature films on a more regular basis.

Testről és lélekről (On Body and Soul) is released in selected cinemas on 22nd September 2017.

Watch the trailer for Testről és lélekről (On Body and Soul) here: