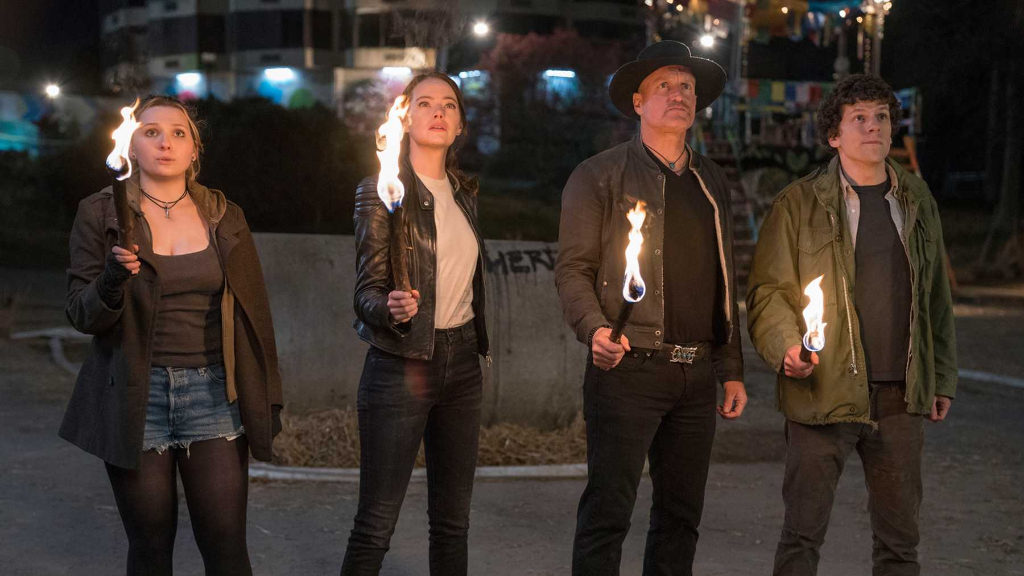 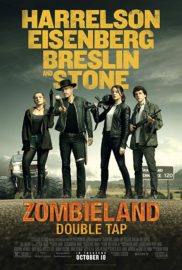 Only a week ago, the debate raged about whether El Camino, the Breaking Bad spin-off movie, was necessary or not. Now, the Jesse Pinkman epilogue feels like a bona fide series supplement in comparison – Zombieland: Double Tap is the more wanton work of late exploitation. Not entirely without merit, this inessential follow-up at least lands a handful of jokes, features a rollicking Zoey Deutch and merrily flies by at 99 minutes (including two worthwhile credits scenes).

Zombieland (2009) reinvigorated the subgenre with a self-referential touch and a showcase of rising stars, including Emma Stone, Jesse Eisenberg and Abigail Breslin, accompanied by veterans Woody Harrelson and Bill Murray. It announced the arrival of new directing talent Ruben Fleischer and writers Rhett Reese and Paul Wernick, who’ve since thrived in the stupendously commercial territory of comic books with Venom and Deadpool, respectively.

The gang returns to play Flanderised versions of themselves: Columbus (Eisenberg) has more rules for surviving the apocalypse, Tallahassee (Harrelson) is increasingly eccentric, and the writers double down on the meta-humour. While the first film moved with its sympathetic journey of finding family in each other’s company, in the latest instalment Fleischer inserts more characters and locations without finding a narrative throughline – today, the winking jokes and zombie ventures are stale.

This plot is a hodgepodge of sequences resembling a sketch Halloween special. Little Rock (Breslin) runs away with a hippie named Berkeley (a stillborn Avan Jogia), prompting Wichita (Stone) to round up everyone for a search party. Their destination is a peace-loving commune tone-deaf to the waves of zombies coming their way –there’s fortuitous meaning in the parable of a privileged people turning a blind eye to a world on fire.

They fight with evolved zombies nicknamed T-800’s, meet a hard-edged Elvis-themed motel owner played by Rosario Dawson, and encounter a pair of exact personality copies of Tallahassee and Columbus portrayed by Luke Wilson and Thomas Middleditch, who reinforce their proven comic talents with hilarious mimicry of their counterparts.

The best new character is the ditzy blonde Madison. Deutch stretches the stereotype to breaking point, so much so that Madison becomes sympathetic for her pure joviality and unexpected survival skills, offering something legitimately fresh in a genre where gals like her would be dead from the outset. Whilst new cast members have fun, we know that the grown-up stars of the original can do better than to facilitate a limbless sequel that’s as instantly forgettable as it is instantly gratifying.

Kiefer Sutherland proves his musical prowess with a memorable set at the Shepherd’s Bush Empire | Live review
“People are afraid of the power of cinema”: An interview with By the Grace of God director François Ozon