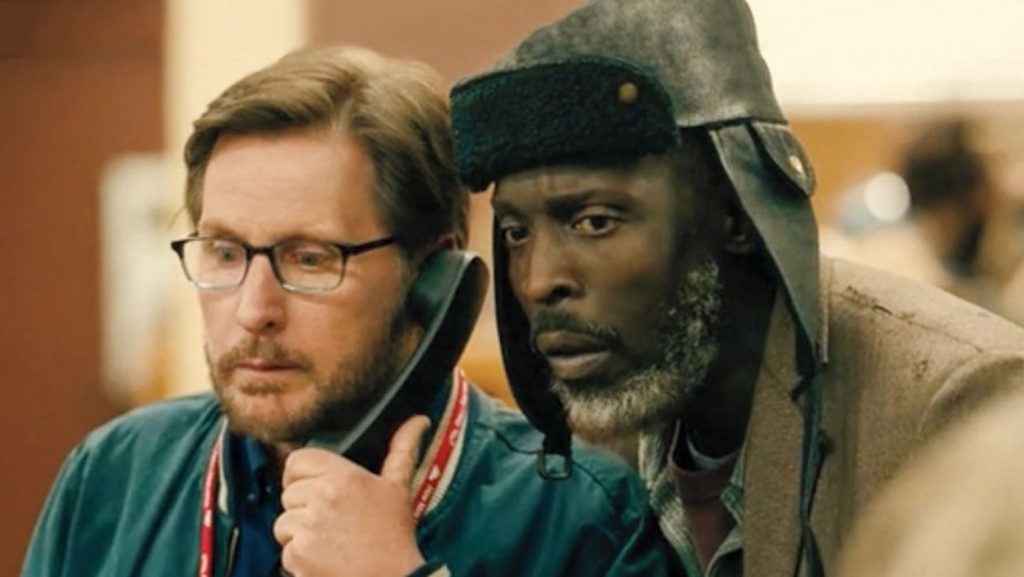 Brat Pack member Emilio Estevez stealthily left his full-time acting career a while ago with a smooth transition to directing, proving himself a talented fact-based dramatist with films on Bobby Kennedy and the Camino de Santiago. He returns ten years after The Way with The Public, a keenly observed drama about a group of homeless men who take shelter in a public library during an Arctic blast in Cincinnati and find themselves in a standoff with the police.

A talented actor himself, Estevez draws commanding performances from his ensemble cast, a pick’n’mix of Hollywood’s underrated talents, roping in Gabrielle Union and Taylor Schilling for smaller roles than they’d usually play. Estevez himself acts alongside Jena Malone as a pair of librarians faced by a group of homeless patrons led by Jackson (the terrific Michael K. Williams) who need to escape from the cold. Sympathising with their circumstances, the librarians provide shelter. It’s a cordial relationship that only becomes stronger when they are threatened by the authorities, played by Christian Slater and a fierce Alec Baldwin, who view the sit-in as a criminal act. Sometimes the proceedings can be flat, as Estevez doesn’t have a particularly flashy aesthetic, but the development of strong characters keeps us involved.

The public library, aptly described in the press release as one of the last bastions of democracy-in-action, is as effective an environment as a bank or a train would be in acting as a microcosm of socioeconomic inequality. However, the thematic weight is slightly undercut by a sense that the material could afford to be more challenging and provocative. Ultimately, whilst The Public is a little more sophisticated than cousin movie Battle in Seattle but not as urgent as Bloody Sunday, it’s a worthwhile endeavour by an underappreciated filmmaker, who makes the most of his rich connection to industry peers to raise awareness of a scenario homeless people face everyday. We leave the movie feeling grateful to stay warm this winter and inspired to help those in need of the same.

The Public is released in select cinemas on 21st February 2020.

Watch the trailer for The Public here: