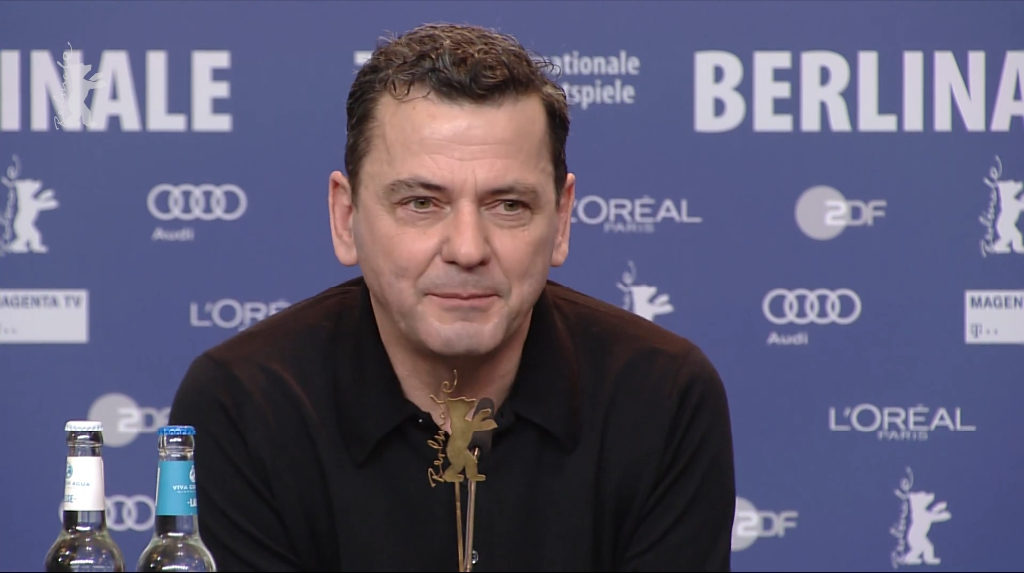 It was at the end of production for Transit, Christian Petzold’s previous directorial effort, that he came up with the general premise for Undine, which premieres in competition at the 70th Berlin International Film Festival. Promoting the film at this year’s Berlinale, the director recalled, “We had to say goodbye, and when you say goodbye to these locations where you’ve shot a film, and where you’ve had nice experiences – you tend to become sentimental. And we were sitting around the table, and I was telling them this story of Undine, and I improvised a couple of lines, and while improvising, you know – because of the fact that I like these two people as actors, actresses – and as people of course, I thought this was an improvisation that felt like a jazz jam session.”

These two people whom Petzold liked as actors and actresses were Franz Rogowski and Paula Beer. The performers appeared in Transit, and were promptly recruited for Undine. Speaking about being directed during the film’s numerous underwater scenes, Rogowski said, “We had a connection to Christian via radio, but we could just dive away into our own element. It was not possible to have these long monologues about all kinds of subjects the world has to offer, but we were really in our own element – there to be unto ourselves.”

The movie is based upon the myth of the water nymph Undine, and it’s Beer who plays the long-lived, potentially murderous title character. In Petzold’s film, Undine holds down a job as a tour guide at a museum related to Berlin’s urban development both before and after reunification. The actress talked about the concept of a mythical creature who also has a nine-to-five job, saying, “To me it’s new to play people who have a particular profession, and that was quite interesting, because you’re wondering – who is this character? Who is Undine? Who organises these guided tours? And I liked the idea very much, because Undine, in a way, is a serial killer. This is a story which is really old – she’s been around for 600 years in the city, and therefore she knows the ins and outs of the city. And this is why she can work very well as a guide, because she knows the city so well.”

Undine does not have a UK release date yet.