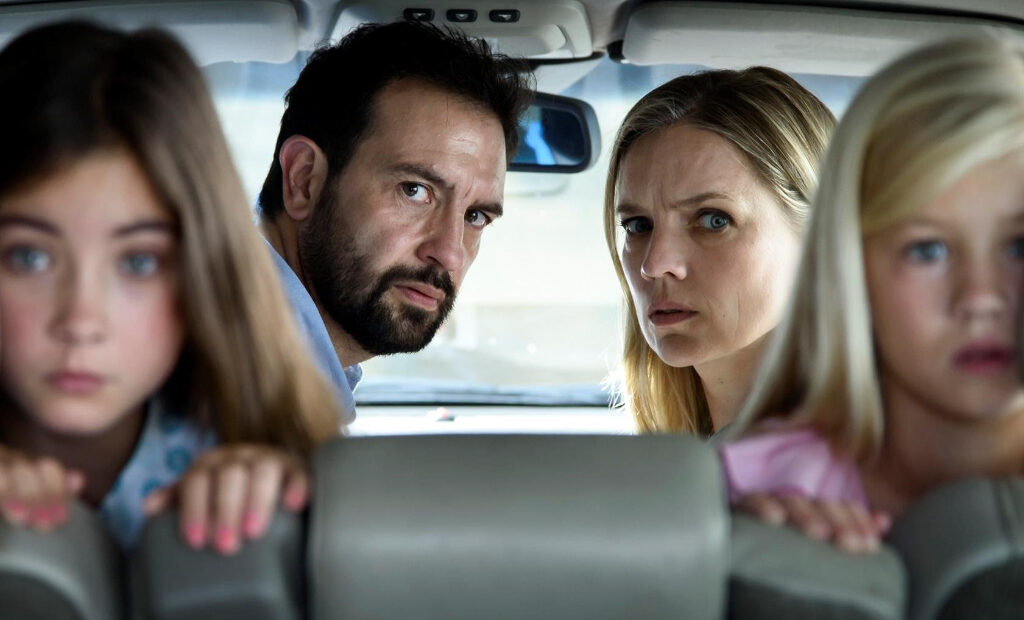 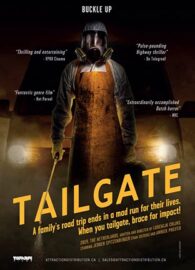 The Dutch countryside has never looked as dangerous as it does in Tailgate (Bumperkleef), Lodewijk Crijns’s high-energy thriller. Here, those smooth roads become a wasteland frontier where vans can run bikers down at will and the terrain is so flat that you can’t hide from your enemy. Willem de Wolf plays Ed, a van driver who is so overcome by murderous rage when he gets tailgated by other drivers that he will actively chase them down and murder their entire family. Somewhat inexplicably, he does this by donning a biohazard suit to spray his victims with chemicals. Don’t think about it too much.

Hans (Jeroen Spitzenberger), a typical obnoxious middle-class guy, is ferrying his wife and two young daughters to visit his folks somewhere in the suburbs. For Hans, the destination doesn’t matter – only the road. He drives like he owns the busy highway, cutting people off at speed. But he tailgates the wrong van, kickstarting a visceral game of cat and mouse. In an early scene at a service station, it’s hard not to think of The Vanishing, that most horrid of random cinematic encounters on a European motorway. Ed corners the family and terrorises them in person, with a monologue about rats in sewers, linking it to how awful a person must be to drive so close to another. When Hans doesn’t apologise, things get more violent.

At 80 minutes, this is lean, taut filmmaking. Gnarly set-pieces humiliate the characters while the sun shines bright in the sky. Ed’s advanced age, imposing size and method of dispatching enemies are never explained, but the mystery makes the film all the more tantalising. Coming mere months after the Russell Crowe vehicle Unhinged, Tailgate will appeal to more sophisticated petrol-heads who prefer the European style. It’s the Audi to Crowe’s Chevrolet.

Tailgate is released digitally on demand on 1st January 1970.

Watch the trailer for Tailgate here: