Pixie: An interview with writer-director duo Barnaby and Preston Thompson 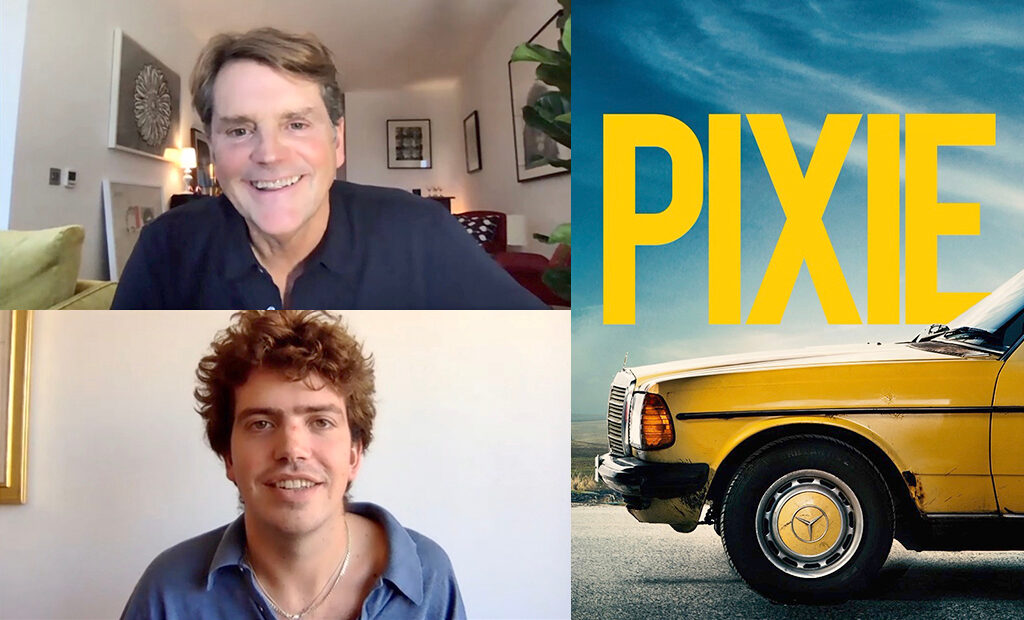 Pixie: An interview with writer-director duo Barnaby and Preston Thompson

Packed with both laugh-out-loud and black comedic moments, the film stars Olivia Cooke (Ready Player One, Thoroughbreds) as the offbeat, sharp-tongued, titular Pixie, who’s on a mission to avenge her mother’s death. Ben Hardy (Bohemian Rhapsody) and Daryl McCormack (Peaky Blinders) play Frank and Harland, two near-clueless lads that end up on a road trip of sorts as her sidekicks. Completing the ensemble cast are movie-heavyweights Alec Baldwin as a trigger-happy, drug-dealing priest and Colm Meaney as a Sligo gangleader (who has a penchant for baking), plus a brilliant comedic turn from the one and only Dylan Moran.

We had the pleasure of speaking with Barnaby and Preston, who told us about the various inspirations for the film, from classic Westerns to Y Tu Mamá También, assembling and working with their fantastic cast, and the importance of the film’s locations, from the backdrop of the stunning west of Ireland to a deconsecrated church to house a shootout. They also explained why they wanted to subvert stereotypes and have their film be led by a bold and unconventional heroine, determined to own her own fate in a male-dominated world.

Watch the trailer for Pixie here: