V Festival 2013: Five reasons you should be excited 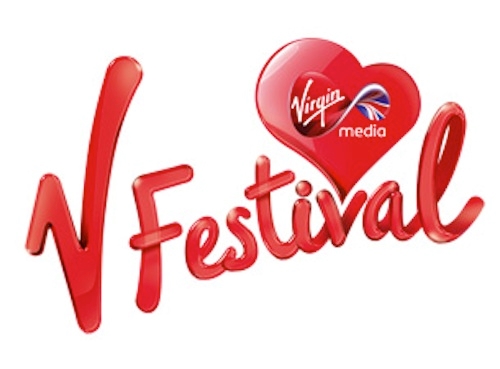 V Festival 2013: Five reasons you should be excited

The UK’s festival season is well and truly under way, but there’s no event better than the V Festival to see some of the biggest and best acts in pop and rock music. Now in its 18th year, the festival has grown up a lot since Pulp frontman Jarvis Cocker announced he’d love to play two outdoor festivals in two days, combining an impressive mix of famous British and international artists, as well as up-and-coming acts. Here are our top five reasons to get excited about this year’s event:

Whether you were smack bang in the middle of it all or sat in the comfort of your living room, Beyoncé’s headline set on the Pyramid Stage of Glastonbury 2011 was truly unforgettable. This year she’s set to exceed expectations at V Festival, coming fresh from the Mrs Carter Show World Tour and with a host of new chart hits she’s sure to be the most talked-about act once again.

Now old hands at headlining festivals, Kings of Leon are similarly set to excite the crowd with their catchy hits, often working their early southern rock and blues influences into their live performances for the perfect summer festival sound. The real joy of attending a music festival is not just about seeing the biggest acts, but also the chance to discover something new. Gracing the stages this year are a few familiar emergent names; X Factor fans may be interested to see debut V Festival outings from James Arthur and Misha B, but also some must-see new artists including Ed Drewett and Moya. Also worth a watch are 26-year-old rapper Kendrick Lamar, and a much-anticipated hip-hop and dance DJ set from Idris Elba of Luther and The Wire.

3. The return of some old favourites

2013 saw a variety of 90s pop icons pick up the microphone once again. 5ive’s comeback may have raised some eyebrows, but no doubt they’ll be hitting the Arena stage “with the power to rock you”, albeit without essential fifth member J.

A slightly more intriguing ghost from the past comes in the form of ex-frontman of The Coral, James Skelly, who takes to the Futures stage with his band The Intenders, and the everlasting appeal of Ocean Colour Scene guarantees that their Virgin Media stage set is not to be missed.

Set in two exquisite locations, V Festival has so much more than good music on offer. If you’re a foodie, then the Gourmet Garden and V Healthy areas are sure to tickle your taste buds with a range of cuisines served up by Food from Argyl, Risotto 4 U, Chandi, Glasto Pizza, Winston Venison, Smooth Criminals and Olive Bar.

Very.co.uk will be providing a style S.O.S service in Chelmsford, while Virgin Media’s Our House and Our Garden returns with more exclusive live DJ sets and festival hospitality, plus free Wi-Fi for all!

Last, but by no means least, the Glee Club Comedy Tent returns this year with the whimsical yet sardonic Eddie Izzard headlining alongside a formidably funny line-up including Josh Widdicombe, Jon Richardson, Paul Chowdhry, Imran Yusuf and Dave Fulton. Some of the UK’s best stand-up comediennes, such as Suzi Ruffell and Angela Barnes, will also be making an appearance, while Shappi Khorsandi’s honest take on modern family life is particularly entertaining. If you can’t make it to this year’s Edinburgh Fringe Festival, this tent is the place to be.

Weekend tickets cost £185 with camping and £160 without; day tickets (where available) for Saturday or Sunday cost £89, camper van permits are £99, and lockers are £16.00. All prices are subject to applicable booking fees and postage.

For further information or to book, visit here.